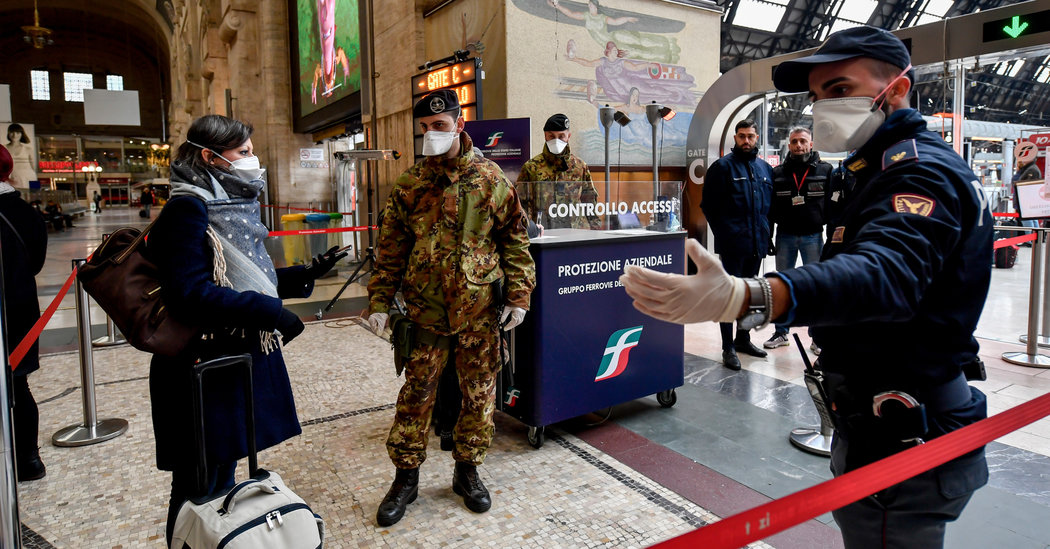 ROME — The Italian government on Monday night locked down the entire country in a desperate effort to stem a coronavirus outbreak that has hobbled the country’s already vulnerable economy, threatened to overwhelm its public health system and killed more people than in any country outside China.

The measures, announced in a prime time news conference by the country’s prime minister, Giuseppe Conte, went further than even those taken by the authoritarian regime in China, where the outbreak originated. They immediately raised the question of whether an entire modern European nation protective of its individual freedoms would be willing to make the necessary sacrifices.

Those restrictions had been placed on the “red zone” created in northern Italy, covering about 16 million people, but Mr. Conte extended them to an entire nation of 60 million.

“We all have to renounce something for the good of Italy,” said Mr. Conte as he announced that the government would impose more stringent rules over the entire Italian peninsula to make sure that everyone stayed “at home.”

“We have to do it immediately,” he said.

Mr. Conte said permission would be necessary for Italians who seek to move around the country for reasons of work, health or special needs. As a result, he said, schools and universities will remain closed until at least April 3.