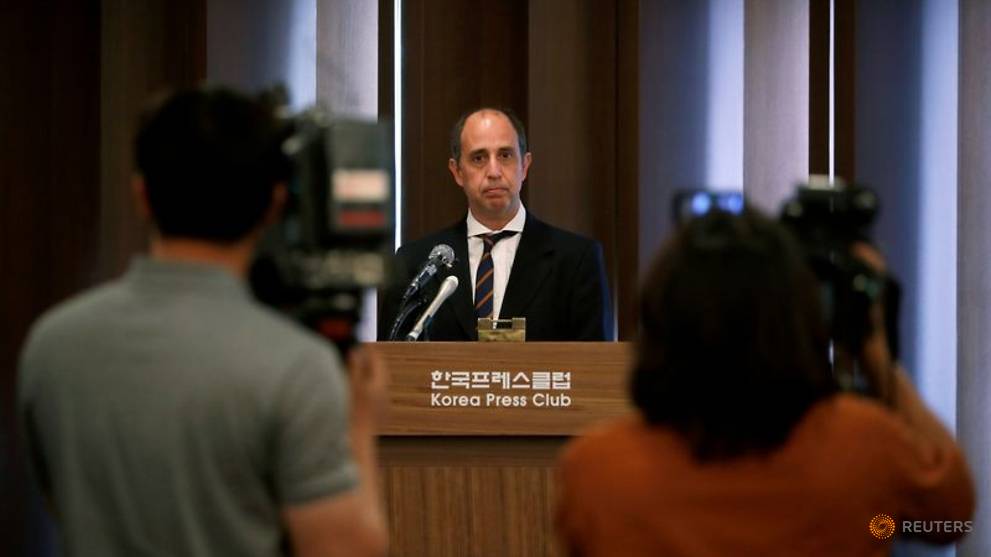 The World Health Organization (WHO) says North Korea has not reported any cases, despite bordering China where the epidemic started and South Korea which is suffering a major outbreak.

Tomas Ojea Quintana, UN special rapporteur for rights in the Democratic People’s Republic of Korea (DPRK), reiterated concerns on Monday about political prison camps and “pervasive” surveillance. But he acknowledged “extensive efforts” by Pyongyang’s government to prevent a COVID-19 outbreak.

“As the Supreme Leader of the country recently recognized, a widespread infection in the DPRK would entail serious consequences for the people,” he told the UN Human Rights Council, referring to Kim Jong-un.

“The reality is that many North Koreans are malnourished, suffering from stunted growth, and thus more vulnerable if infected.”

“The Government of the DPRK should allow full and unimpeded access to medical experts and humanitarian actors, and relax restrictions on access to information,” Ojea said, urging the government to adhere to rights standards during lockdowns, quarantines and treatment of potential patients.

“Further isolation of the country is not the answer,” he said, noting North Korea’s economic suffering and the “detrimental impact” of sanctions over its nuclear and missile program.

North Korea’s delegation, which does not recognize his mandate, did not attend the annual debate.

Germany, France and Switzerland closed their diplomatic missions in North Korea and withdrew staff on Monday amid concern over the coronavirus, the Russian embassy said.

“The human rights situation in DPRK continues to be shocking,” Walter Stevens, the European Union (EU) ambassador in Geneva, told the rights forum.

“The isolation of the country, reinforced by the setback in political negotiations and the coronavirus threat, is making the situation even worse,” he said.

The WHO has said it is already providing supplies and is ready to send personnel should North Korea report a case.