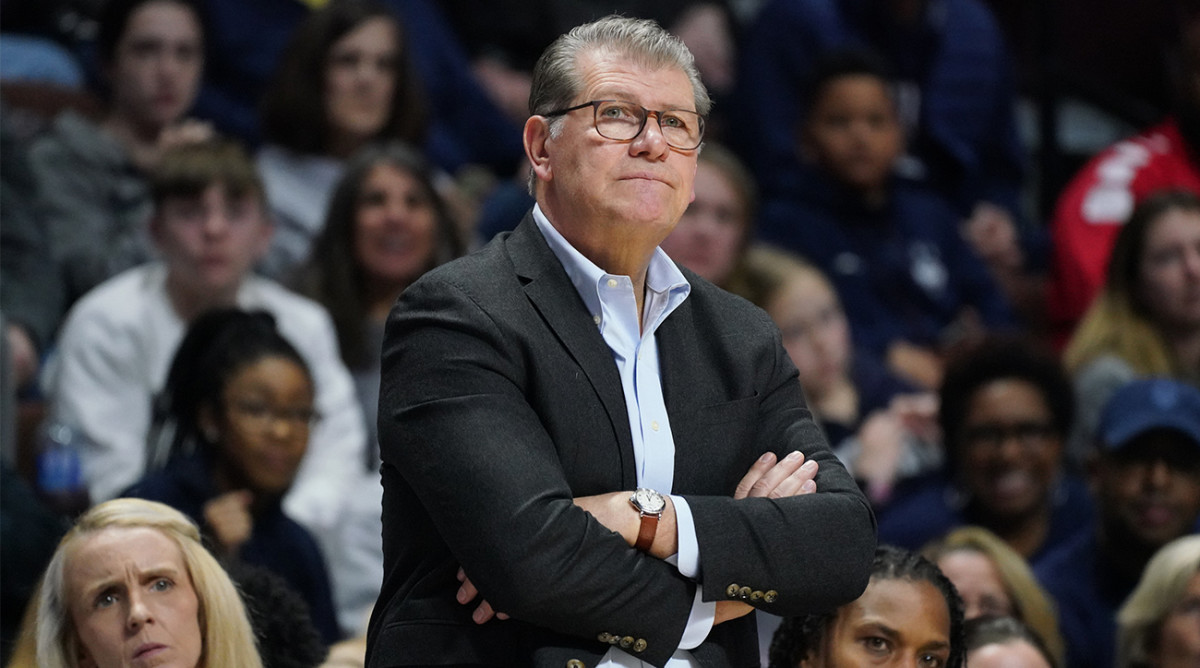 “The conference has a policy that you can’t shake hands after games. Well, we did today anyway,” Auriemma said. “Our men played Houston the other day. They sweated [sic] on each other for two hours and then they weren’t allowed to shake hands.”

“Our assistant, Sarah, her son is a wrestler,” he added. “They wrestled for I don’t know how long on this dirty mat and they go, ‘no shaking hands.’ I mean, come on … Don’t get me started.”

As of Friday evening, there were more than 100,000 cases of the coronavirus worldwide in at least 83 different counties, including more than 200 confirmed cases in the United States. The death toll stemming from the virus has surpassed 3,000.

The virus, also known as COVID-19, originated in Wuhan, China, late last year and quickly spread across the world. The illness affects the respiratory tract and can be transmitted through coughing, sneezing and contact with those infected. Symptoms include fever, coughing and difficulty breathing.

As a result, teams, leagues and governing bodies throughout sports have responded in countless ways to the public health crisis.

The 28-3 Huskies haven’t dominated college basketball this season the way they have in some recent years, but they will have still a chance to win their conference tournament on Monday.

Auriemma’s team is hopeful that his team’s handshake line follows yet another conference title. Tipoff is set for 7 p.m. ET.