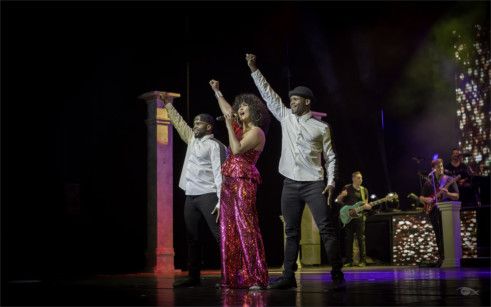 From April 16 to 18 at Dubai Opera, relive the legacy of Whitney Houston with ‘The Greatest Love of All’, a critically acclaimed tribute concert that honours the memory and revisiting the discography of the late Grammy Award winner.

Starring Belinda Davids, the production will return to Dubai after its debut here in 2013.

According to an announcement, the 2020 show will see a “rejigged set list, exquisite new costuming, brand-new choreography by Sid Mathur and Karlee Maguire and impressive state-of-the-art production.”

South African native Davids stars as Houston. Davids went viral in 2017 for her impressive rendition of ‘I Will Always Love You’, and in the same year, won BBC UK’s ‘Even Better Than the Real Thing’ talent show.

She will be joined on stage by a cast of international musicians and dancers.

“We pride ourselves on bringing a variety of shows and performances to the UAE and believe audiences will connect with this nostalgic musical trip down memory lane,” said a spokesperson for Dubai Opera.