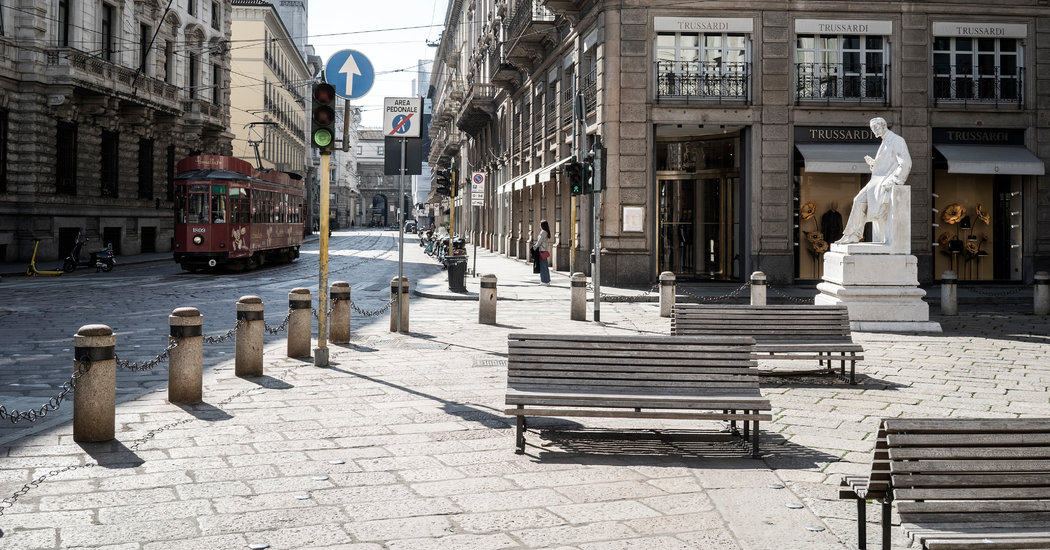 In Britain, where the number of cases rose to 273, officials expressed concern about the spread of disinformation about the risks posed by the epidemic. Medical experts said Prime Minister Boris Johnson and other British officials needed to strike a balance between a measured response and preparing people for more aggressive actions in the weeks to come.

“The Italians took very drastic action because the lid was already open,” said Bharat Pankhania, an expert in infectious diseases at the University of Exeter Medical School in England. “Our steps should be measured. We don’t want to take draconian measures that would shut down society.”

Still, he said the speed of the spread meant that the authorities could well have to decide, on a moment’s notice, to ban public gatherings. “I don’t think that message has been brutally articulated,” he said.

The difficulty of striking that balance was on vivid display in Germany, where matches in the German soccer league took place on their regular schedule. Among them was a well-attended game in a stadium in Mönchengladbach that holds 54,000 people, just miles from the county of Heinsberg, which has recorded more than 200 cases — the highest concentration of infections in the country.

Stephan Pusch, the county commissioner in Heinsberg, questioned the wisdom of going ahead with the game. He ordered local schools to remain closed for a second week and called off smaller events in the region. But on Sunday, he insisted that he would not order a general lockdown.

“I categorically rule out the idea,” Mr. Pusch said in a video posted to Facebook on Sunday. Such a drastic measure, he said, would damage “the basis of trust in which we have been dealing with one another.”