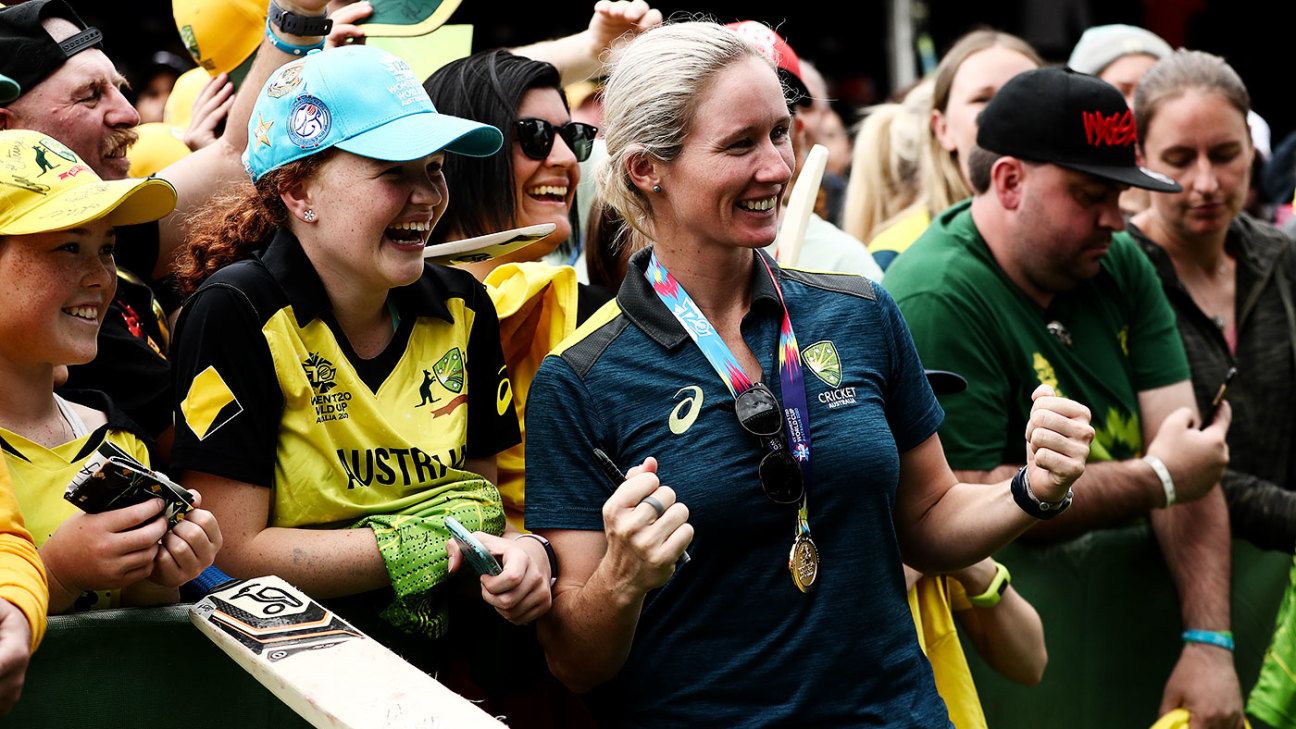 Beth Mooney‘s 259 runs in six innings at the T20 World Cup, the most by a batsman in a single edition, has seen her just two spots and become the world’s No. 1 T20I batter following Australia’s triumph over India at the MCG on Sunday.

India’s 16-year old Shafali Verma had entered the playoff stage of the T20 World Cup ranked first, but a washout in the semi-final and a duck in the final means she’s dropped to third. New Zealand’s Suzie Bates remains in second place.

This is the first time Mooney has been atop the rankings chart. The closest she came to being No. 1 was in March 2018, when she was ranked No. 2. Her opening partner Alyssa Healy, who collected the Player of the Match award at the final, climbed two spots to fifth. The other big mover among the batters was South Africa’s Laura Woolvardt, who moved 13 places to No. 31.

Among T20I bowlers, the top four of Sophie Ecclestone, Megan Schutt, Shabnim Ismail and Amelia Kerr stay unaffected, although No. 5 Jess Jonassen, the left-arm spinner from Australia, has exchanged places with No. 6 Deepti Sharma of India. Jonassen’s career-best tally of 728 ranking points helps her break into the top five for the first time since November 2017. Australia’s Sophie Molineux jumped from 26th to 16th through the duration of the tournament.

Apart from her No. 6 rank among the bowlers’ list, India’s Sharma also jumped two spots to become No. 5 among T20I allrounders. Ahead of her are Sophie Devine, Ellyse Perry, Nat Sciver and Hayley Matthews.