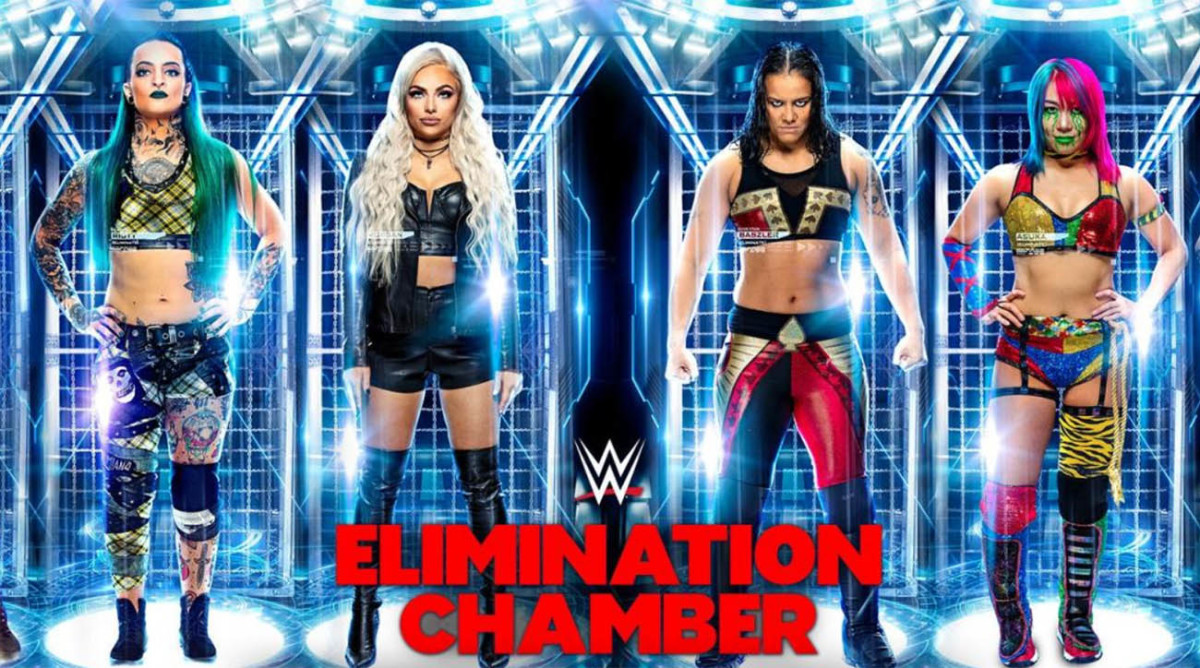 Before WrestleMania 36 goes down on April 5, WWE has one final stop at Elimination Chamber in Philadelphia on Sunday.

The matches during the pay-per-view event will decide who faces Raw women’s champion Becky Lynch at WrestleMania, while the SmackDown Tag Team titles will be defended.

None of the top men’s or women’s titles are scheduled to be up for grabs on Sunday. The lighter slate of matches contribute to the buildup for WrestleMania next month.