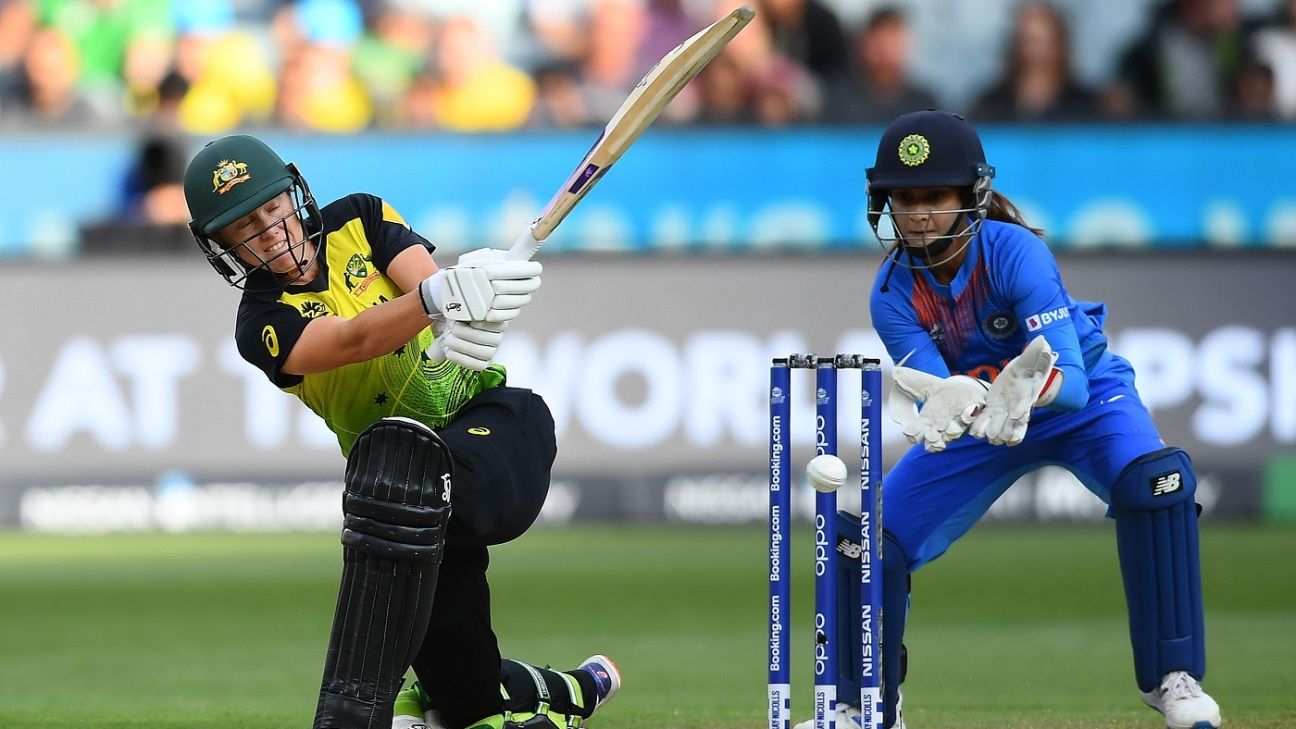 India had come into the final having already beaten Australia in the Women’s T20 World Cup opener. Additionally, in the tri-series that preceded the T20 World Cup, India and Australia had faced off thrice, each side winning a group game but Australia clinching the final. With the teams having evenly split their last four games, the T20 World Cup final was expected to be a tight contest. But, on Sunday, at the MCG, Alyssa Healy and Beth Mooney took the game away from India in a flash: the powerplay ended with 49 runs on the board, and Healy, especially, stepped it up a notch after that, getting to a 30-ball half-century and then hitting Shikha Pandey for three sixes the 11th over of the innings, which went for 23 runs. The carnage ended with Healy’s dismissal in the 12th over, but the game had slipped from India by then.

For Healy, it was a remarkable turnaround, after a poor tri-series. She started the World Cup with 51 against India, then hit 83 against Bangladesh, and topped it with her best innings of the tournament in the final.

ALSO READ: Stats – The Healy and Mooney show in Australia’s march to the title

“You cannot wipe the smile off my face. I think even if we had lost the game tonight I still would have been smiling. I never thought that we would get an opportunity like this in my whole career,” she told the host broadcaster after the game. “I thought maybe in 20 years’ time [playing in front of a 85,000-plus crowd]… but to have the opportunity tonight to play as well as we did in front of all you guys. Thank you so much for coming out. It was something really special.

“First of all, I was not worried one bit [about her pre-tournament form] everyone, so calm down. It’s the nature of the way that I play my game. I go out there and I take the game on and I just need a little bit of luck to go my way and felt like that happened in the first game against India and I just needed to ride the wave after that. And I think just feeding off the crowd tonight was a little bit something different for us. I just went out and enjoyed myself and enjoyed the atmosphere and we played really well.”

If Healy was the aggressor, Mooney was the perfect foil, keeping things steady at the start, hitting the odd boundary when the opportunity presented itself, and batting through the innings to end on 78* off 54 balls, to Healy’s 39-ball 75.

“Moons was sensational tonight,” Healy said. “I think she just got off strike and let me do my thing and then once I got out and let her have the limelight she just took on after and struck really nicely. We’re having a lot of fun together up the top and hopefully, we can stay together for a little bit longer.”

“Like Midge [Healy] said, just riding the wave, sticking to your processes, knowing that it’s going to come off or it’s not,” she said. “But we’ve got a pretty elite line-up so you know if it’s not your day someone else will do it. Fortunately, Midge makes my life pretty easy at the top by hitting it as clean as she does and I don’t have to do a whole lot at the other end.”

Mooney also said that the loss in the opening game to India, which briefly threatened Australia’s chances of qualifying for the knockouts, was not a big bother before the final because the team knew what they had to fix to get the job done.

“We sort of knew what went wrong in that first game against India. I think we had some really good plans and processes against them in that first game. We probably just didn’t execute them,” she said. “To come out tonight and for Midge to play the way she did and for everyone to contribute the way they did with bat and ball and in the field was pretty outstanding, and to have the support of 87,000 people behind us is pretty outrageous too.”