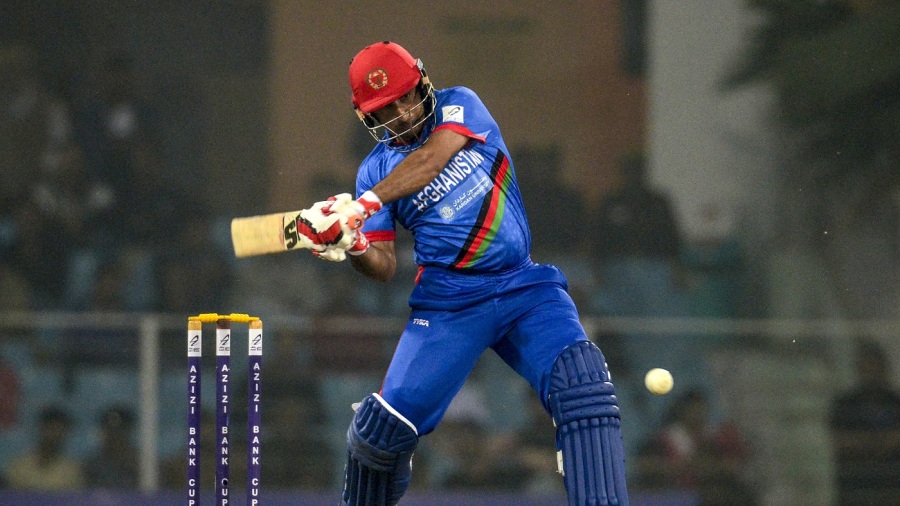 Asghar Afghan scored a 28-ball 49 to lift Afghanistan to 184 for 4 before Mujeeb Ur Rahman‘s three-wicket haul restricted Ireland to 163 for 6 in the second T20I in Greater Noida. The 21-run victory meant Afghanistan now have an unassailable 2-0 lead in the three-match series.

Afghanistan had a slow start after opting to bat as their openers Hazratullah Zazai and Rahmanullah Gurbaz struggled for the timing on a sluggish pitch. The Ireland seamers also didn’t allow any room to Zazai who eventually fell to legspinner Gareth Delany for a 33-ball 28.

Gurbaz used his feet against Delany to hit a couple of sixes but despite that Afghanistan were 85 for 2 after 13 overs. Asghar, who too was struggling to find the middle of the bat till then, suddenly starting connecting his hits. He struck six, four and four off successive Boyd Rankin deliveries to take the side past 100 in the 14th over.

Craig Young was the next to suffer. Asghar smashed him for two fours and two sixes as the 16th over of the innings produced 25 runs. Going for another big hit, Asghar holed out to long-on and fell one short of his fifty. Najibullah Zadran and Gulbadin Naib hit two sixes each in the final over as take Afghanistan to a formidable total.

After giving away 99 runs in the last seven overs, Ireland started their chase positively before Mujeeb dismissed Kevin O’Brien and Paul Stirling to reduce them to 37 for 2. Andy Balbirnie and Harry Tector kept finding the boundaries though and took Ireland to 90 for 3 after ten overs.

Then, Rashid Khan was introduced to the attack. After conceding five in his first over, he dismissed Balbirnie in the next for a 35-ball 46. From the other end, Nabi too didn’t allow any easy runs. As a result, Ireland were left needing 51 from the last four overs.

Tector took 12 off the first three balls of the 17th over, bowled by Mujeeb, but the bowler came back strongly. He not only bowled the next three balls dots but also got rid of Tector.

Ireland needed 26 from the final over – Afghanistan too had got 26 from their 20th – but Shapoor Zadran conceded only four to seal the match and the series.