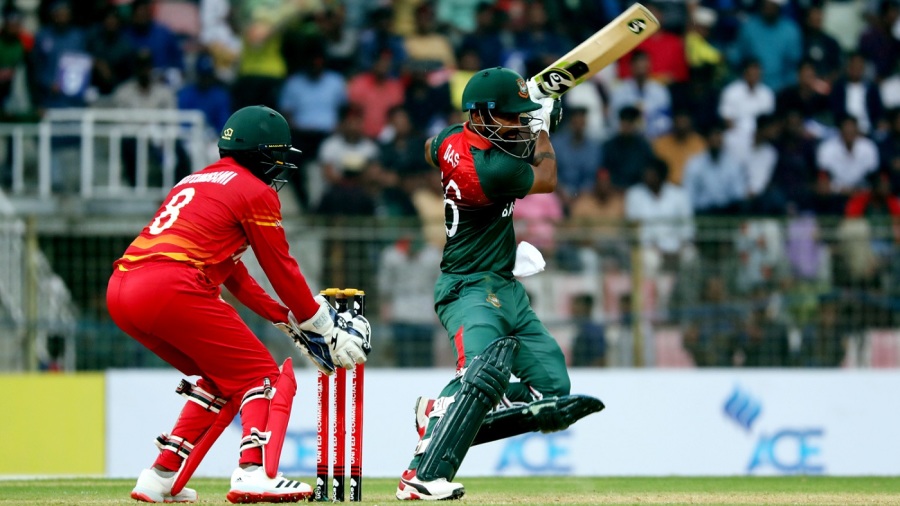 Bangladesh’s good batting form could be their way out of the rut in T20Is. Tamim Iqbal and Liton Das blew away Zimbabwe with two centuries each in the ODIs, also registering a record opening stand for Bangladesh – 292 in the third ODI.

In the same match, Liton broke Tamim’s record for the highest individual score by a Bangladesh batsman slamming 176.

But Bangladesh will have plenty of support for the in-form openers in the T20Is. Captain Mahmudullah and Mushfiqur Rahim will take care of the middle-order, their experience an ideal foil for the young Mohammad Naim and Afif Hossain. Allrounder Mohammad Saifuddin’s inclusion automatically adds balance to the line-up. They also have the option of continuing with legspinner Aminul Islam, as he can contribute with the bat.

All of this will worry Zimbabwe, who were thrashed by an innings in the one-off Test before suffering a three-nil sweep in the ODIs. Their collective failure apart, there have been very few individual performances to celebrate, except Sikandar Raza’s two fifties, and the odd contribution from Wesley Madhevere and Donald Tiripano. They will count on the experience of Sean Williams, Craig Ervine and Brendan Taylor with the bat, and hope that newcomers like Charlton Tshuma and Carl Mumba fire with the ball. The nature of the shortest version should also help bridge the gap between the sides.

Tamim Iqbal blasted consecutive centuries in the last two ODIs so he will be confident to take on Zimbabwe again. Bangladesh will expect a rollicking start from him, ironically not too long after his strike-rate was called into question against Pakistan.

Sikandar Raza was among the runs in the ODIs, scoring two fifties. He remains a key figure in the middle-order, although there could be a case for Zimbabwe to promote him up the order to give him the best chance to win them matches.

Mushfiqur Rahim will bolster the middle-order after missing Bangladesh’s last T20I series against Pakistan in January. Among the three spinners in the side, it could be a toss-up between legspinner Aminul Islam and left-arm spinner Nasum Ahmed, with Mehidy Hasan a near certainty.

Zimbabwe will have a completely different look from the last time they played a T20I, but they are unlikely to make many changes from the side that played the third ODI against Bangladesh. Doubt over captain Chamu Chibhabha’s fitness remains but Craig Ervine has recovered.

“I haven’t mentioned ODIs to the players at all. It looks like they have clear minds in the net sessions. It is a lot better now. I think the freedom to play T20s will change things.”

Zimbabwe captain Sean Williams, when asked if his side can turn things around in Bangladesh.

“The way Tamim and Liton have batted, I am hopeful that another T20I hundred is not too far. They batted quite naturally and if they can apply themselves in the same way, we can see a hundred soon.”

Bangladesh captain Mahmudullah, when asked about the lack of hundreds in his side in T20Is.