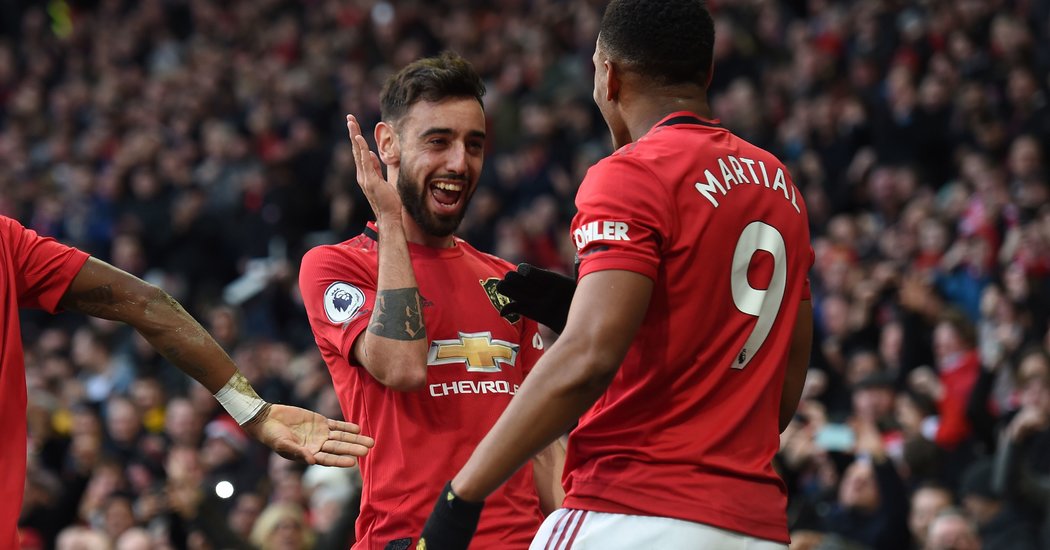 MANCHESTER, England — Old Trafford, for a while, was quiet, apprehensive, a place without a voice. Manchester United’s fans watched Manchester City draw its pretty patterns on the field in truculent silence for 30 minutes or so, fretting and murmuring whenever danger seemed imminent.

The only noise came from the corner reserved for City’s traveling supporters, working their way through their songbook: crowing over past triumphs, gleefully reminding their hosts of the way power has switched in this city — and in English soccer as a whole — over the last decade or so.

There is a reason for this. Manchester United is a club, now, trained to expect the worst. Especially against City, its rival by accident of geography rather than, for a long time, any real shared history. Until the 2010s, United looked down on City with a mixture of pity and disdain. City was a pest; Liverpool and Leeds United and Arsenal were the foes.

That has all changed in the last decade. As City has transformed into the foremost power in the English game, so it has usurped the old order in Manchester. It has lost at Old Trafford in the Premier League only once in a decade; Pep Guardiola, its coach, had won on all of his previous league visits here. Derby day no longer holds any real sense of dread.

The opposite, logically, is now true for United: This fixture is now nothing but trouble. But the malaise runs deeper than that.

All its travails in the years since the departure of Alex Ferguson have conditioned United’s fans to disappointment: Manchester City, champion of England; Liverpool, champion of Europe; Manchester United, facing the prospect of a second straight year in which it does not even qualify for the Champions League, beaten at home this season by Burnley and Crystal Palace, among others.

So no, for that first half-hour, Manchester United’s fans did not feel much like singing; defiance does not come easy, even in the face of those taunts, if it feels like you are doomed.

Things had changed before the goal that settled the game; things changed, oddly, with the attack just before it, the attack that should have brought the goal. It changed when Anthony Martial broke down the left of City’s box.

Martial had two choices. He could shoot, from a challenging but not unkind angle, or he could pass to Bruno Fernandes, charging into the area, not far from the penalty spot. He chose wrong: The shot was clasped eagerly by Ederson, City’s goalkeeper. For several seconds, Fernandes stood and stared at Martial, arms outstretched. Most of Old Trafford did the same. If there is one player it wants on the ball these days, it is Bruno Fernandes.

Modern squad-building is a complicated thing: both an art and a science, a matter not only of the ferocious consumption of data but of touch and eye and skill. It is faintly old-fashioned, really, to believe that hiring one player — no matter how good — can transform a club’s identity.

There are too many variables. Will he be able to produce the same numbers that made him appealing in the first place? Will he adapt to his new teammates, and his teammates to him? Will he settle in his new home — and often a new country — and be able to cope with the rigors of his new league?

These things take time, as another Manchester United midfielder, Fred, rather neatly proves. There was a time, not long ago, when Fred was a punchline, forced to respond to criticism of his performances from some of the club’s great and good, the ones who now populate the Premier League’s vast punditocracy.

Over recent weeks and months, though, Fred has suddenly emerged as United’s engine, a dynamic, driving presence in midfield. He was Ole Gunnar Solskjaer’s best player by some distance in United’s defeat at Anfield in January. That should not be remarkable for a midfield player coveted at one point by Guardiola, and secured only thanks to a $60 million transfer, but in Fred’s case, it is.

But the truth of it is that Fred was never a bad player; the ability that had drawn the eye in the first place was not poor judgment or a data error or a fluke. He just needed time to find his groove in his new environment.

Fernandes, though, is different. Whether he maintains the form he has shown in his first few weeks since finally joining United in January is a different matter — there are players, anti-Freds, who burn brightly and briefly — but his impact has been seismic.

On one level, it is easy to explain: He passes neatly and crisply. He plays on the half-turn, always ready to start an attack; he wants the ball, and the responsibility; he is not afraid to shoot or to try something different, something ambitious. United’s goal proved all of that: Fernandes deftly scooping the ball to Martial from a free kick, Martial’s finish squirming under Ederson. The assist was the key, though: the act of a player not conditioned to expect the worst.

But Fernandes’s impact has a second layer, too, one a little less tangible. It was there in that moment when the first goal should have come, when Martial should have passed: there is a player here, now, that United’s fans want to see on the ball. They want to see what he can do. They have seen enough — but not too much — of him to think he can do anything.

Ninety-six minutes in, as Old Trafford waited for the final whistle, for confirmation that there was something to celebrate, Ederson scuffed a clearance straight to Scott McTominay, who had come on as a late substitute, there to shore things up, to keep City at bay. McTominay was some distance out: 40 yards or so, at an angle. He shot first time. It curled in. Sometimes, Manchester United remembered, good things happen too.