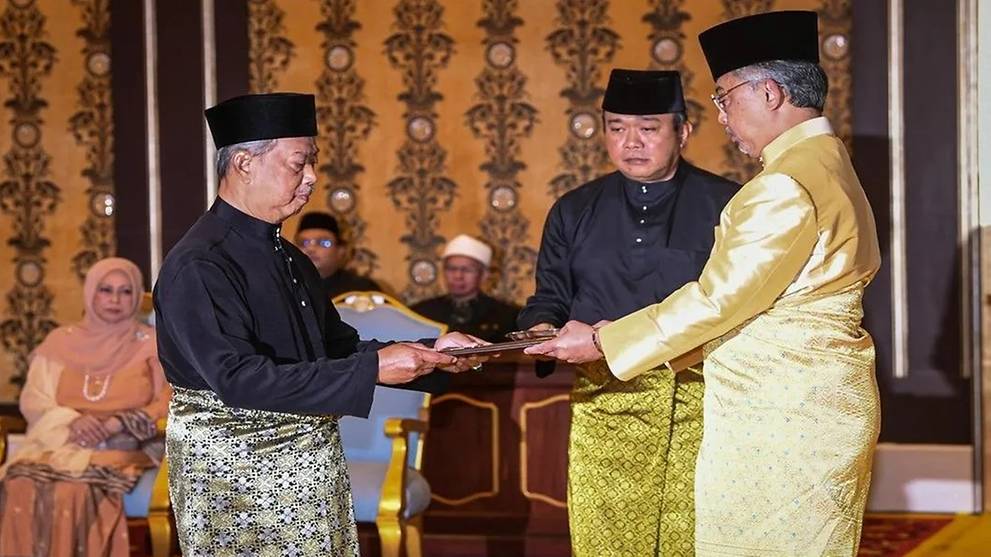 The palace was responding to an editorial in the UK daily Guardian this week that said Malaysia’s king, Sultan Abdullah Sultan Ahmad Shah, had overturned a democratic election result by naming Muhyiddin Yassin as prime minister despite the opposite camp claiming a majority.

Muhyiddin was sworn in last Sunday as the head of a government formed with the support of a party that was defeated in the last general election in 2018 by a multi-ethnic group.

The palace said it went beyond its “call of obligation” by meeting all lawmakers and the leaders of various political parties before the king arrived at his decision that Muhyiddin was the person likely to command a majority in parliament.

“Hence, by no means can this process be regarded as a ‘royal coup’ as questionably asserted by the Guardian.”

Muhyiddin is expected to unveil his cabinet early next week.

He has postponed the start of parliamentary proceedings by two months amid opposition efforts, spearheaded by the 94-year-old Mahathir, to challenge his government with a confidence vote.

Mahathir’s unexpected resignation as prime minister on Feb 24, after his coalition collapsed amid a power battle, had plunged the Southeast Asian country into political turmoil.