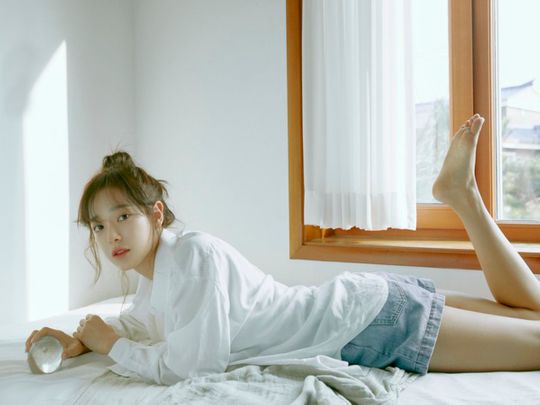 The South Korean singer and actress’ label Jellyfish Entertainment first confirmed the news on social media by uploading images of the artist and a teaser poster of her hand holding a glass sphere with the mini-album’s release date.

In January 2016, the K-Pop star rose to prominence when she was a trainee on Mnet’s survival programme ‘Produce 101’. She successfully made her K-Pop debut on the show’s all-female project act I.O.I that same year.

Just after the group’s disbandment, she joined as a member of Jellyfish Entertainment’s group gugudan and formally debuted in June 2016. Apart from her group activities, she released her first hit solo single ‘Flower Way’, produced by Zico, that November and has lent her voice for Korean drama soundtracks.

The vocalist also made her acting debut in the seventh instalment of the popular TV drama ‘School’ franchise and was cast in the lead role in another series, ‘I Wanna Hear Your Song’. Additionally, she starred in Netflix reality series, ‘Busted!’.

She is the among a number of celebrities to provide monetary assistance toward coronavirus prevention efforts, having donated around Dh30,837 to the Hope Bridge Disaster Relief Association.