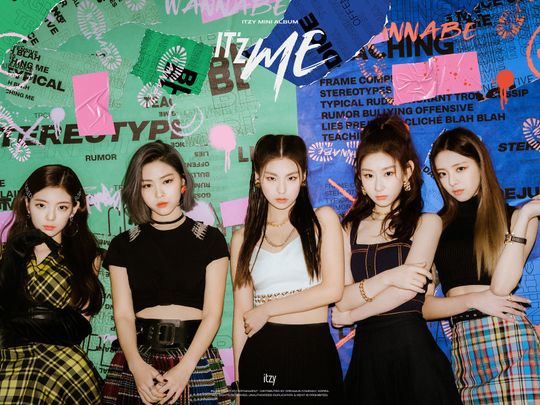 The K-Pop scene has become more competitive than ever and there are a number of female acts who are making waves and shattering expectations with their music. In the spirit of International Women’s Day, here are both up-and-coming and not so new female powerhouses that are inspiring, fearless and empowering:

JYP Entertainment’s first new female team since Twice, ITZY only debuted early last year and they’re already on the forefront of pop domination. K-Pop’s rookie group possesses major appeal for their cool and independent demeanour and upbeat bops, heard in anthemic singles like ‘Dalla Dalla’ and ‘Icy’ — which has gotten them high ranks on the music charts and awards at televised music programmes and award shows. 2019 may have been their year but the quintet is likely going to make even more noise in 2020.

Signed under South Korean entertainment company Blockberry Creative, Loona has proven to be one of the must-see and most exciting new acts so far. They gained attention for their previously unattempted pre-debut project that involved unveiling each member with solo music and grouping them into subunits in the lead up to the act’s official launch in 2018. The 12-member band have gained an international fan base along the way and have sonically evolved, releasing message-driven music. Their latest empowering and bold musical offering ‘So What’ is proof enough.

The Girls’ Generation member successfully solidified her position in the industry as a soloist since her solo debut release in 2015 and she’s showing no signs of slowing down. Taeyeon is not afraid to experiment with different music styles and reveal her vulnerability in her music, even opening up about her depression in the squeaky-clean industry. Also heard in soundtracks for Korean dramas, the multi-faceted vocalist’s expressive and soulful vocals move any listener and song ‘Dear Me’ is one of them.

(G)I-DLE — pronounced as ‘idle’ — is a standout for being a rare self-producing girl group in the industry. Having debuted in 2018, Cube Entertainment’s multinational rookies have made their mark on and offstage for their bold, powerful presence and crowd-pleasing performances, that is also seen in their latest track, ‘Lion’, in which they declare they’re a “queen like a lion”. The six-piece’s music just gives off that boast of confidence.

Mamamoo is the epitome of fierce and sensual confidence. Consisting of members Solar, Wheein, Moonbyul and Hwasa, the soulful vocal quartet have grown to become a prominent K-Pop group in South Korea for their vocal prowess, distinct vibe and genre-defying music over the years. Put simply, the vocal-oriented band’s music is an instant mood-enhancer.

Regarded as one of South Korea’s most impactful artist and known for spearheading the global phenomenon across Asia in the 2000s, the Queen of K-Pop formally began her career when she was only 13 years old. Following her debut album in 2000, she took over the K-Pop scene with her unique, raspy vocal tone and powerful moves. While female soloists find it difficult to maintain longevity in the youth-oriented industry, the SM Entertainment-signed singer still remains popular. Her songs ‘Woman’ and ‘Girls on Top’ are worth a listen.

Everglow is slowly becoming one of South Korea’s most promising groups thanks to their powerful sound and fierce attitude. The rising charismatic rookies only debuted last year with infectious breakout track ‘Bon Bon Chocolat’, off of debut EP, ‘Arrival of Everglow’, and they’re not messing around. Their follow-up anthemic tracks such as ‘Adios’ and ‘Dun Dun’ are slowly propelling them as forerunners of the next generation of K-Pop. 2020 will surely be the year they receive even more attention.

Former Sistar member and leader Hyolyn exudes boldness and confidence. She is renowned for her husky vocals and range and powerful performances and for taking control of her own career. Following the group’s disbandment, the K-Pop star went on to establish her own label.