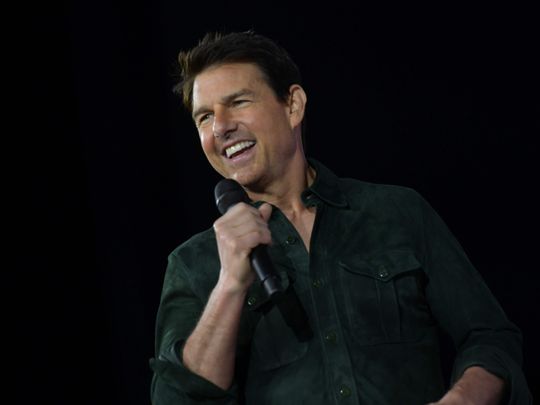 The crew fled so quickly after last week’s decision to delay filming of ‘Mission: Impossible 7’, Paramount Pictures forgot to cancel the welcome party at the opulent Gritti Palace Hotel in Venice, Italy. When a handful of straggling technical workers showed up, they feasted with silver cutlery and exquisite china in a mostly abandoned banquet hall.

That kind of confusion — and needless spending — has been characteristic of Hollywood in the coronavirus era. On-location production work, often planned years in advance, has been rescheduled at great cost. After halting filming in Venice, Paramount said this week that ‘Mission: Impossible’ shooting scheduled for Rome this month would also be delayed. And even completed films are in trouble: Shuttered movie theatres in Asia have forced studios to scrap some premieres and rethink their schedules for the rest of the year.

The biggest setback came last week when the James Bond sequel ‘No Time to Die’ was pushed back till November, turning a spring tent-pole movie into holiday-season fare. The film’s backers looked at the state of the global movie-theatre industry — the Chinese market shutdown, and attendance plummeting in France, Italy, Hong Kong and South Korea — and couldn’t stomach putting out a would-be blockbuster for only half the potential audience, according to a person familiar with their thinking.

More films may get pushed back as well, with the hope that coronavirus fears subside in a few months. But no one can predict how soon government restrictions will be lifted or when moviegoers will be comfortable sitting in a crowded theatre.

“The thing that’s scary about the coronavirus today is that we don’t know the extent of it,” said Jason Squire, a professor at the USC School of Cinematic Arts and editor of ‘The Movie Business Book’. In Los Angeles alone, six new cases were identified within a week of expanding testing criteria. City and county officials said they are preparing for more infected patients to pop up.

In the meantime, filming delays can cost $1 million (Dh3.7 million) a day, Squire said. Festivals and press events, including the unveiling of Disney+ in Europe, also have been cancelled. Apple said that it wouldn’t be participating in the South by Southwest film and technology festival in Austin, Texas, where it had been planning to show new programming for its TV+ platform. Netflix also pulled out, following which the event was called off.

Production problems also are now rippling through the TV industry.

‘The Bachelorette’ — a reality dating show that’s meant to offer an escape from any concerns of consequence — isn’t immune. The programme’s new lead will no longer be courted by her male suitors in Italy next season, veering from original production plans. The country has been in lockdown after facing a spike in coronavirus cases that started in late February.

Hollywood film productions are meticulously planned, making it all the more painful when things go awry.

Every hour of every day is scheduled, and there are complex tasks like shutting down city blocks, doling out pay to dozens or hundreds of crew members, and ensuring mega-props — say, a yacht — are available, said Tyler Thompson, a producer and president of Cross Creek Pictures who worked with Tom Cruise on his 2017 film ‘American Made’.

While studios are used to dealing with emergencies, particularly weather-related ones, an illness that keeps jumping to new parts of the world is unusual.

With ‘Mission: Impossible’, a series that features Cruise as both a producer and leading man, the sets and props are particularly ambitious.

For the seventh instalment, slated for release in 2021, workers were building a replica of the Gritti hotel to use in filming. It’s now gathering dust. And the crew that had descended on the Italian city earlier this month is in limbo.

“They told us to pack our equipment and to leave ASAP,” Arianna Pascazi, a scene artist from Rome, said by phone. “They told us to leave some of the scenes already made here, but to be honest, we don’t know if we will come back at all.”

Pascazi had just started to paint stained-glass pieces in the windows of faux buildings for the backdrop of the film’s action sequences.

Elsewhere, filmmakers fear their work may not find distributors with this cloud hanging over the industry.

That includes Heather Ross, whose documentary, ‘For Madmen Only’, is set to premiere March 15 at the South by Southwest festival. Conference participants, such as Apple, Netflix, Amazon.com, Facebook and Twitter, have pulled out, and a petition with more than 45,000 signatures is urging organisers to call off the event to protect against the spread of the disease.

Festival management have said they have no plans to cancel the show and are following guidelines from the Centers for Disease Control and Prevention. Ross said she and a small crew have been working around the clock to prepare her documentary for the premiere. It’s an opportunity to get the movie in front of studios, which may be interested in purchasing it.

“We worked on this documentary for six years and haven’t slept in about three weeks in order to make the film perfect for its debut,” she said. “We’re lighting candles to various gods and deities.”

Shawn Robbins, an analyst at the Box Office Co, expects studios and organisers of big events to stay on edge. The Bond delay “sets a precedent,” he said.

“In terms of productions that are putting a pause on things, it’s the smart decision to make at this point,” Robbins said. “As much as we want to see these films get made, the No. 1 priority is getting the world through this health crisis right now.”