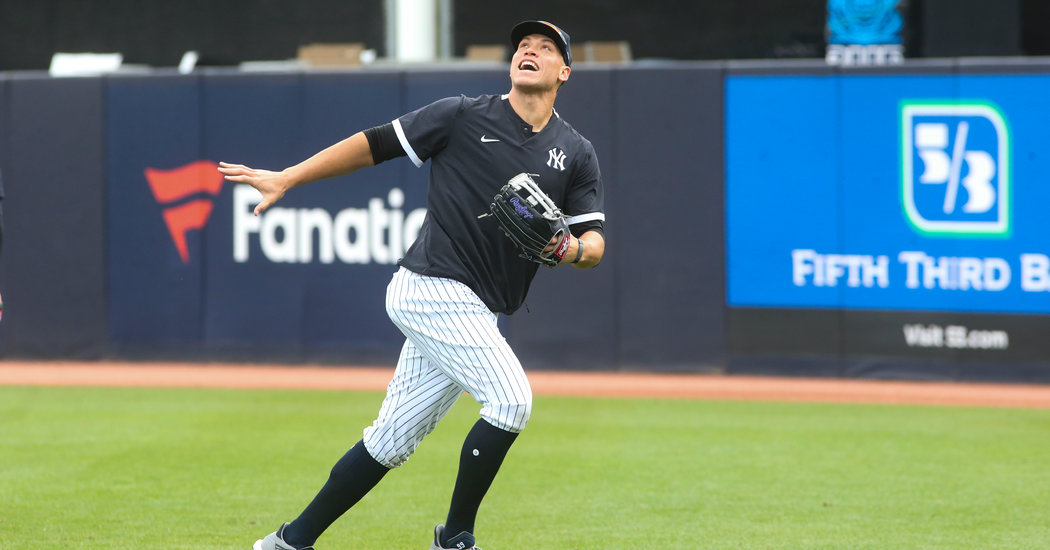 After nearly a dozen tests of several parts of Judge’s body, a CT scan this week finally pinpointed the culprit. But the diagnosis raised more questions about the Yankees’ handling of injuries, particularly because Judge’s dates to last season.

In right field on Sept. 18, Judge made a diving attempt on a fly ball. He grimaced when he got up, and the team later said that Judge had jammed his shoulder. He kept playing through the American League Championship Series.

But on Friday, Judge, 27, revealed that he had felt a “crack” and a “pop” on that play. With adrenaline flowing and the postseason coming up, Judge said he did not think much of the injury. He passed a few tests (including a magnetic resonance imaging examination), received “a couple shots” in the troubled area and kept playing.

“Most of the pain and problem was coming from the shoulder and neck and the surrounding area, so the pain was radiating in other places,” Judge said. “So you give them the symptoms and tell them what’s wrong, and they work off of what you say.”

As Judge began working out in November, he felt soreness in his shoulder area but brushed it off as a normal side effect of resting the previous month. As the winter progressed, he said, the pain got worse and he was confused by its source.

“I was like, ‘Oh, this is something I can kind of warm up and work through and be fine by the time spring training starts,’” he said. “If I would’ve known it was a rib, I maybe would’ve done things a little bit differently.”

After arriving in Tampa early for spring training, Judge continued to feel something wrong with his shoulder. He underwent an M.R.I., and the Yankees said then that nothing abnormal was found beyond shoulder soreness. After Judge rested and then intensified his hitting and throwing last week, the pain persisted and oscillated between his chest and his shoulder.

“My understanding is that it’s a hard thing to find because you’re not going to find it in M.R.I.s or different scans,” Yankees Manager Aaron Boone said. “He had M.R.I. of the shoulder and chest, bone scans, CT scans, X-rays — all these things. And it was this particular CT scan that found it.”

Asked if it would take three to six months for the rib to heal, Judge said doctors told him that it appeared he was about halfway through that process. He will be re-evaluated in two weeks with another CT scan to see how much the rib has improved. Boone said a decision on whether to surgically remove the rib, a small bone under the collarbone, would be made then.

Although Judge will miss opening day on March 26, he said he believed he would avoid surgery. In the meantime, Judge won’t be lifting weights, hitting or throwing, in order to avoid further aggravating the injury, as he did over the winter.

“If someone breaks their leg, they’re in a cast and immobilized for a couple weeks or months,” he said. “That gives the bone a chance to heal.”

But because he was angry about how the Yankees’ season ended, two victories short of reaching the World Series, Judge wanted to get started immediately on improvements for the 2020 season. “We’ve all been through pains, bumps and bruises, and usually in my head I feel it’s something I can fight through,” he said. “I think that kind of cost me a little bit there.”

The Yankees faced criticism for how they handled injuries last season, when they set a major league record with 30 different players landing on the injured list. As a result, the Yankees restructured their player health and performance staff.

Questions have continued into this season as three players — pitchers James Paxton and Luis Severino, and Judge — are still dealing with injuries from late last season.

Paxton and Severino, in particular, underwent multiple tests throughout the off-season before the root causes were found, and they had surgery last month.