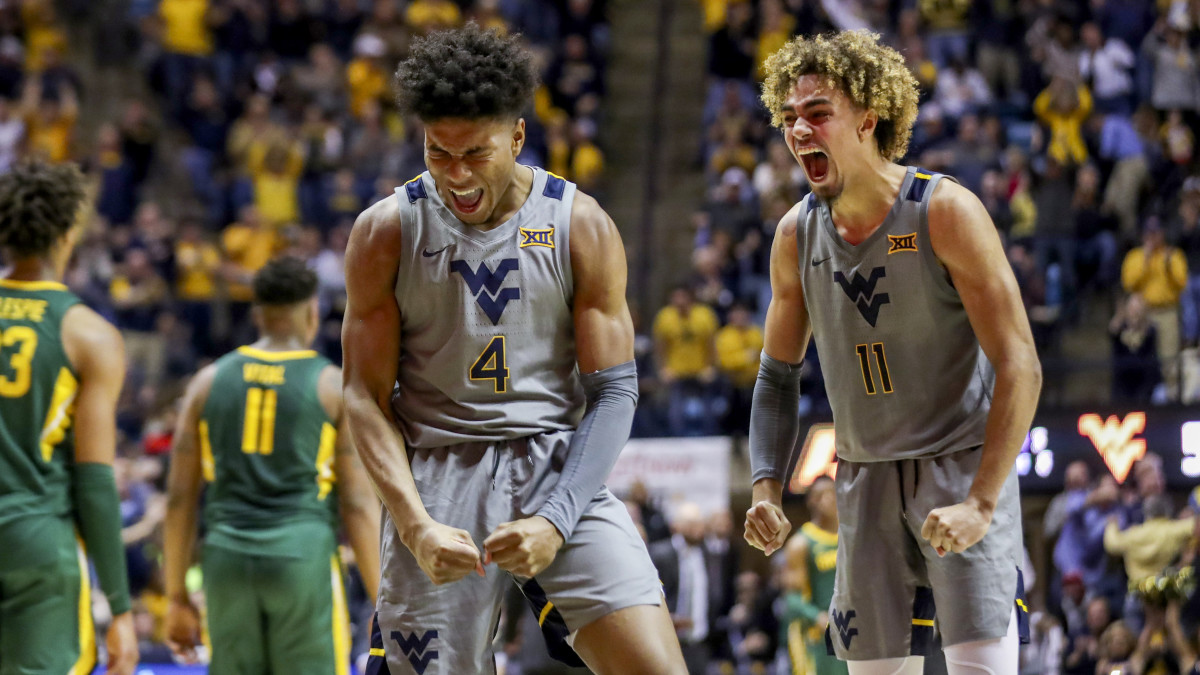 MORGANTOWN, W.Va. — Emmitt Matthews scored a season-high 18 points, freshman Oscar Tshiebwe had 16 points and 12 rebounds, and West Virginia used a big second-half run to beat No. 4 Baylor 76-64 on Saturday, denying the Bears the chance to earn a tie for the Big 12 regular-season championship.

Baylor (26-4, 15-3 Big 12) went more than eight minutes without a field goal midway through the second half to take themselves out of contention and hand the championship to top-ranked Kansas, which played at Texas Tech later Saturday.

Instead, it was West Virginia (21-10, 9-9) celebrating. The sellout crowd stormed the court after the Mountaineers’ second straight win and just the third in nine games.

West Virginia looked as if it were headed for more disappointment against a ranked team when Matthews’ dunk attempt was blocked and Baylor’s Devonte Bandoo made a basket at the other end to put the Bears ahead 37-30 with 13:40 remaining. But Matthews kept going to the rim,dunking twice to ignite the crowd and his teammates.

Tshiebwe and Jermaine Haley scored six points apiece during the decisive 21-5 burst that put West Virginia ahead 57-46 lead with 3:02 remaining.

Baylor got 3-pointers from Jared Butler and Davion Mitchell to give Baylor some hope. But West Virginia, the league’s worst free throw shooting team, made 16 of 19 from the line over the final two minutes to seal it.

Baylor: Despite losing three of their last five games, the Bears finished with their best regular-season record in school history.

West Virginia: The Mountaineers will take some momentum into the league tournament after going 3-6 in February.

Baylor could fall out of the top five in the AP Top 25 poll for the first time in 10 weeks. West Virginia could re-enter the rankings after dropping out this past week.