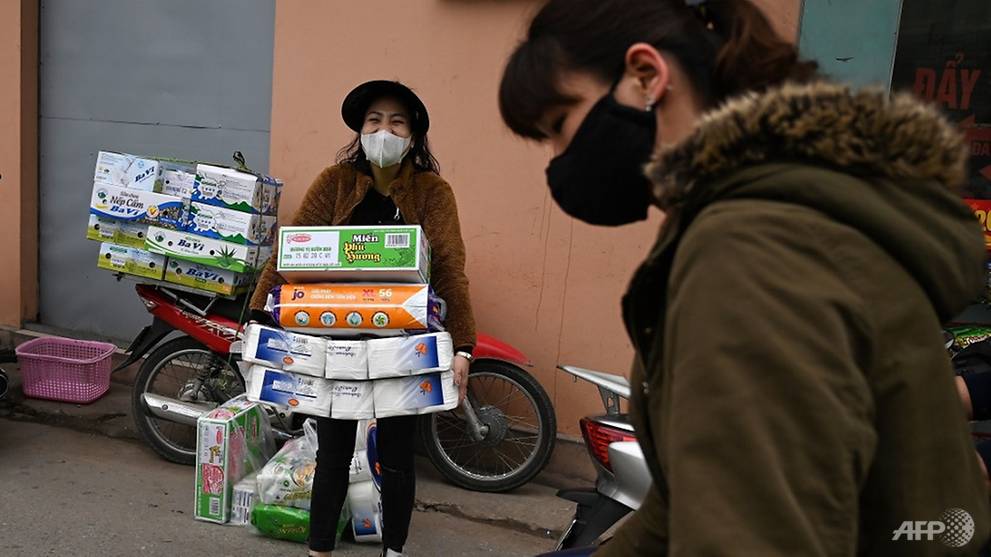 One of the new cases, a 27-year-old patient who had been to the South Korean city of Daegu, returned to Vietnam on a Vietjet flight on Wednesday and was quarantined upon his landing, the ministry said in a statement.

The other two cases were a family member and the driver of a 26-year-old Vietnamese woman who returned to the capital city of Hanoi from Europe on Monday and tested positive on Friday.

On Friday night, Hanoi authorities blocked several streets around the woman’s house, which was sprayed with disinfectant on Saturday.

The four most recent cases emerged after a lull since Vietnam said on Feb 25 that the first 16 patients had been cured and released from hospital. There have been no deaths in the country.

The first 16 cases in the country have been cured and released from hospitals, and there have been no deaths.

The ministry said 101 suspected coronavirus cases are quarantined in the country while 23,228 others are being monitored.