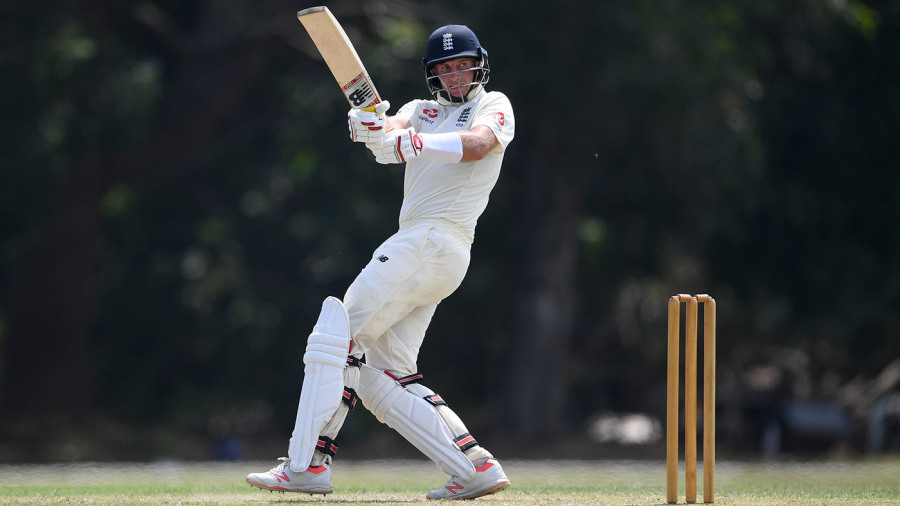 There were half-centuries for Joe Root and Jos Buttler as England were bowled out for 316 on day one of their opening tour match in Sri Lanka. Buttler, who has retained his billing as first-choice wicketkeeper despite the presence of Ben Foakes on tour, top-scored with 79 to hint at a return to form after a difficult winter.

England kept faith with the same batting line-up that helped secure a 3-1 win in South Africa earlier this year, before allowing time in the middle for Foakes and Keaton Jennings lower down the order. The tourists are set to make full use of their 16-man squad through the course of the three-day game.

Openers Zak Crawley and Dom Sibley made a solid start, adding 52 for the first wicket before Sibley fell lbw. Crawley played positively for 43 off 45 balls, only to be bowled by medium-pacer Lahiru Samarakoon, then Root and Joe Denly put on another half-century stand for the third wicket.

England slipped from 124 for 2 to 142 for 5, as Ollie Pope and Ben Stokes – who only arrived in Sri Lanka on Thursday – fell cheaply, and Root became a second lbw victim for Kavishka Anjula before tea. But Buttler continued to apply himself during an understated, 159-ball knock, helping to add a further 115 runs for the next two wickets, in partnership with Foakes and then Jennings.

The SLC XI included two Test spinners, in Malinda Pushpakumara and Tharindu Kaushal, but on a green pitch it was Samarakoon who enjoyed most success, taking 3 for 63. Samarakoon trapped Buttler lbw and had Chris Woakes caught behind as England were bowled out late in the day.