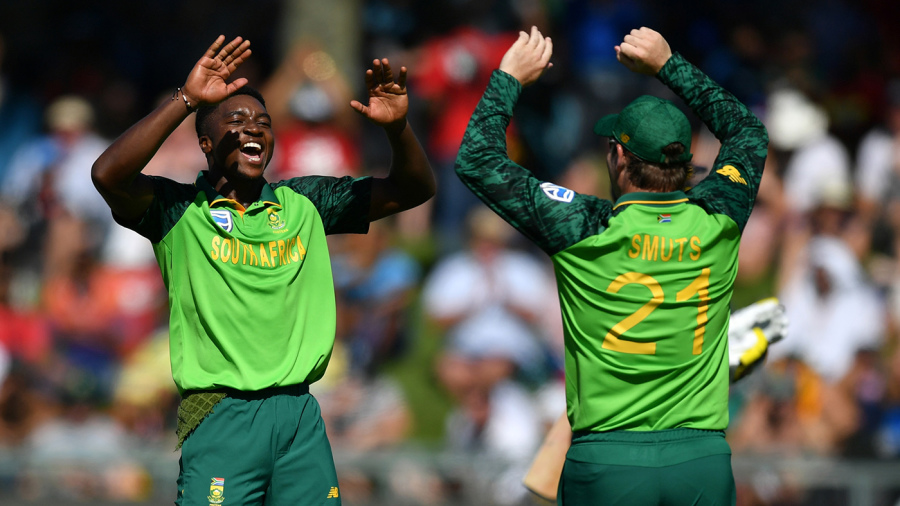 Daryn Dupavillon, the Dolphins fast bowler, became South Africa’s 139th ODI cap – and the sixth new face this summer – as he was handed a debut for the season finale in Potchefstroom. That takes the total number of players that have turned out for South Africa in the 2019-20 season to 33, a sign of the changing times.

Though it has been a tough period, South Africa have won the series and, with a trophy secure, opted to empty the bench. They rested the leading wicket-taker in the series, Lungi Ngidi, to give Lutho Sipamla an opportunity. Left-armer Beuran Hendricks would have played in place of one of the spinners but fell ill on the eve of the match, giving Dupavillon an opportunity.

On a surface that Quinton de Kock expects to be “fresh” in the morning, South Africa benched one slower bowler and the decision was made for them with the arrival of Tabraiz Shamsi’s first child. Keshav Maharaj, who capped his franchise team-mate Dupavillon, will play as the first-choice spinner with Jon-Jon Smuts providing back-up.

Australia also opted for a new-look attack, with Mitchell Starc returning home to support his wife Alyssa Healy in the Women’s T20 World Cup final, and Pat Cummins sitting out. Josh Hazlewood returned to the XI, alongside Kane and Jhye Richardson, while the spinner’s spot was given to Adam Zampa ahead of Ashton Agar. Australia have lost their last four ODIs and though it is a non-World Cup year, will be keen not to extend their run ahead of a series against New Zealand.