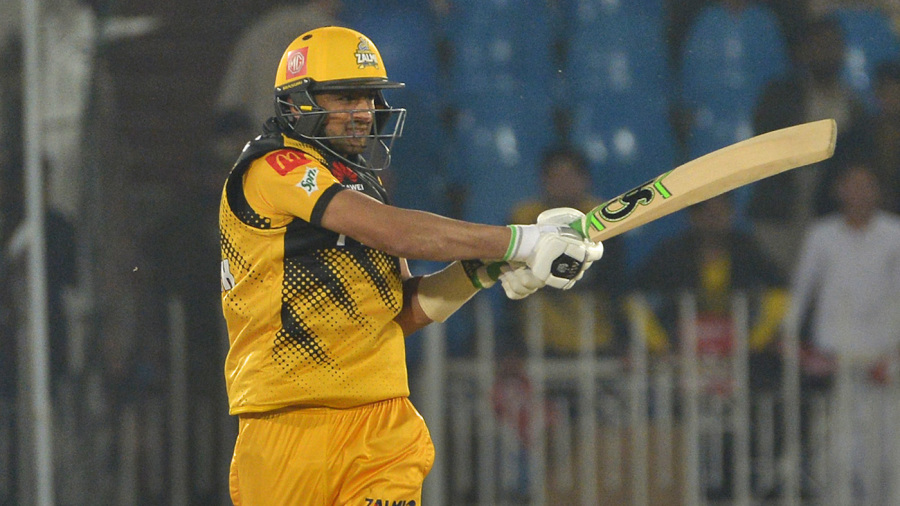 Wahab Riaz won the toss and elected to field first for Peshawar Zalmi against Islamabad United on a cold and wet afternoon in Rawalpindi. The toss was delayed by 30 minutes with the start of play pushed back 15 minutes, though no overs have been lost heading into the first ball bowled. A win for either side would pull them level with Multan Sultans at nine points at the top of the PSL standings.

Zalmi go into the game making two changes coming off their 30-run win over Quetta Gladiators. The English pair of Liam Dawson and Lewis Gregory come out in exchange for Tom Banton returning at No. 3 and Carlos Brathwaite in the middle order.

United have made one swap following a 71-run win over Lahore Qalandars. Hussain Talat exits with Faheem Ashraf taking his place in the line-up.