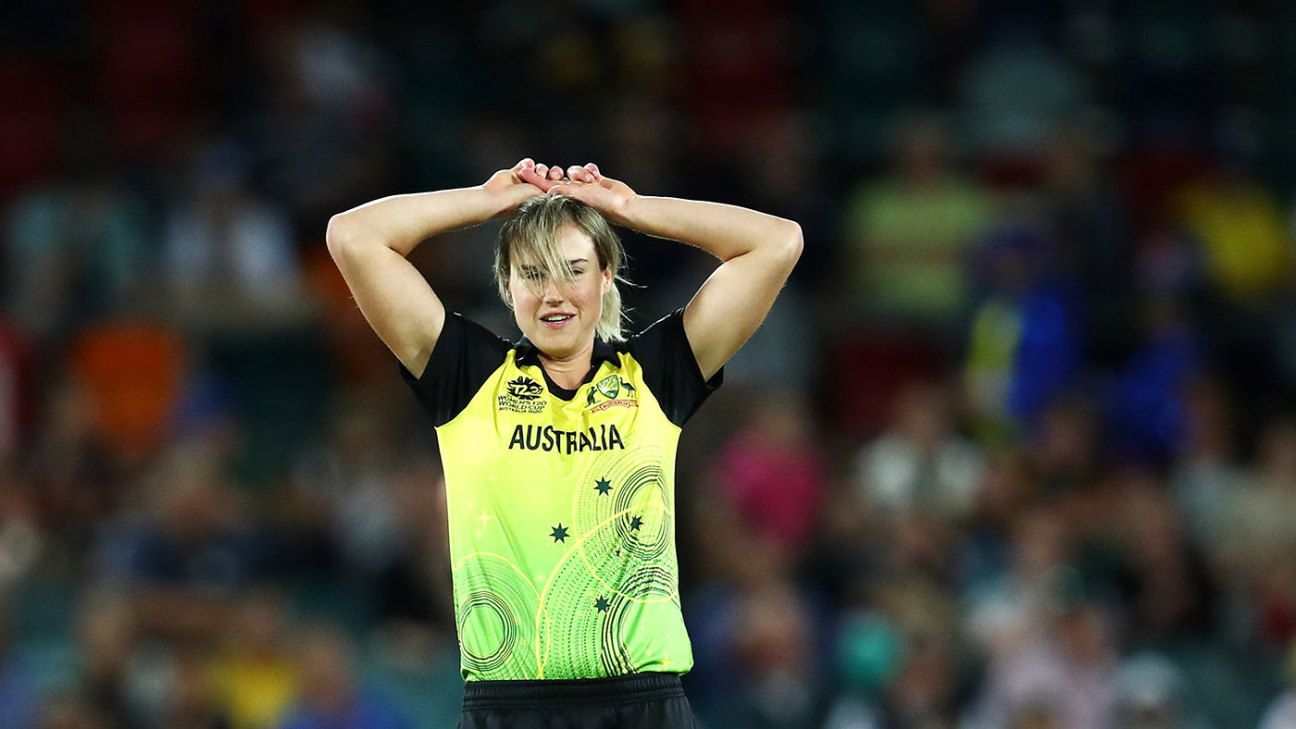 Australia allrounder Ellyse Perry will be out of action for six months while recovering from the high-grade right hamstring injury she suffered during the T20 World Cup that ruled her out of the tournament before the semi-finals.

The injury that she picked up during Australia’s must-win match against New Zealand could require a surgery sometime next week. It has now ruled her out of the tour of South Africa later this month, which includes three ODIs, which are part of the ICC Women’s Championship, and three T20Is starting March 22.

Perry, who wasn’t replaced after her injury, called the setback a personal “challenge.” But she was glad the team management wanted her to stay with the squad as the team looked to defend their 2018 T20 World Cup title, in the final against India on Sunday.

“Closer to six months,” Perry said when asked when she might be returning to play. “That’s something (surgery) that has been discussed and probably in the next week or so.”

“It’s something you go through over the course of time but from my perspective, I’ve had the most incredible run, been very, very fortunate with injury over a long period of time. First and foremost tomorrow (the final) is the most important thing, what it represents for the group and the sport, but on a personal note, it’s a challenge and looking forward to it in a roundabout way [even if] I wish it wasn’t the case.”

Perry also said it will be difficult not being nervous watching the final at the MCG from the sidelines. She wants her team-mates to stay relaxed on the big day.

“[At the final, I’ll] probably be trying to keep my nerves at bay,” she said. “Aside from that, I feel incredibly fortunate and really chuffed that Motty (Matthew Mott) and the group wanted to keep me around. So it is really nice to be here and take it all in.

“I’m sure everyone is nervous, but in a roundabout way the way our tournament has gone, the challenges we’ve had along the way with really tough matches, early loss, a few injuries, it hasn’t been smooth sailing so tomorrow is a chance to just relax and make the most of it. You certainly want to be successful but in a lot of ways, the girls just deserve to enjoy it and take it all in. We are probably going to play the best cricket doing that.

“Stepping foot into the ground today, having the chats has made it really real and it’s one of those opportunities for the squad to absolutely enjoy the occasion and make the most of it. It’s a very special time.”