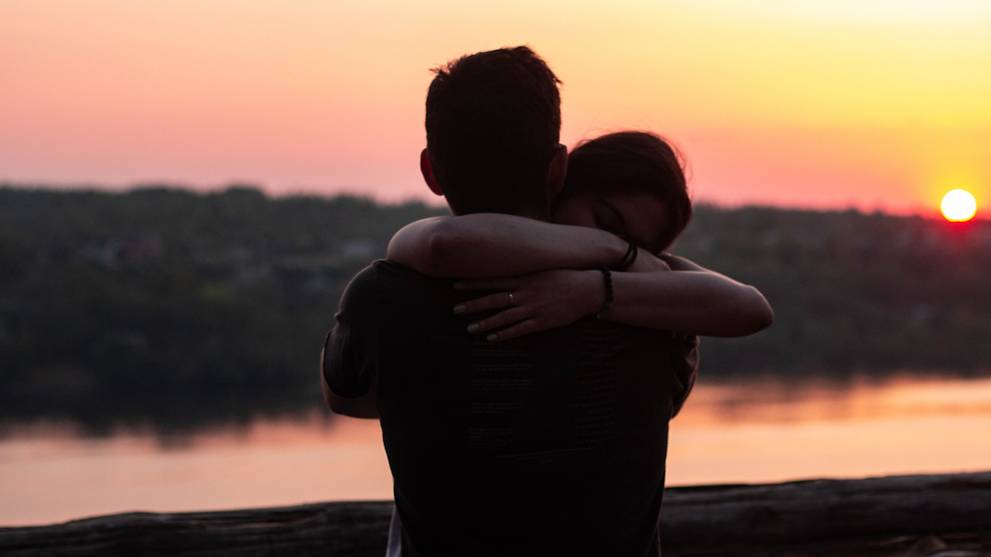 JAKARTA: There are times in life when things go wrong and you want someone to listen to your sorrows and give you a hug.

That is what 23-year-old Indonesian Akbar Sahbana believes but not everyone has a friend or family member who is willing to be a good listener.

To solve the problem, Mr Sahbana founded Indocuddle, a service for people to confide themselves to a trusted listener who can also give hugs.

“I come from a broken home, my mother separated from my father when I was in primary school,” Mr Sahbana told CNA.

“There were times when I really wanted to meet my father, to talk to him and get a hug from him, but I haven’t seen him again since I was in third or fourth grade,” he said.

From his experience working as a marketing officer at an education centre for children with special needs in Cikarang on the outskirts of Jakarta, Mr Sahbana became more aware of mental health issues, emotion management and parental acceptance.

This inspired him to set up Indocuddle, slated to be launched this April, especially after he read about a similar service in the United States.

Mr Sahbana said Indocuddle is for everyone who is at least three years old and resides in Greater Jakarta.

Adults with high-pressure jobs, children whose parents are separated, children who are bullying victims, children with special needs, the elderly, anxious teenagers and simply anyone troubled by their problems are his potential customers.

Mr Sahbana said he is in the midst of applying for a business license for Indocuddle, and it is unclear at this point whether he would be granted one.

However, even before it is rolled out, his idea has stirred debates, with experts weighing in on the effectiveness of such a service.

The first is for clients to pour out their troubles – with no hugging involved.

The second package, priced at 700,000 rupiah (US$4.89) per hour, includes hugging and listening. The number of times the client can hug the listener is unlimited.

The listener will be trained to give “specific types of hugs”, but Mr Sahbana declined to elaborate.

Indocuddle found itself in the limelight after an Indonesian Youtuber highlighted its job vacancy advertisement.

The advertisement said Indocuddle is hiring a professional cuddler aged between 18 and 45 who holds a bachelor degree in psychology, is a good listener, willing to work part-time and is good looking.

The candidates should also be physically and mentally healthy, can communicate well and actively, and “a comfortable hugger”.

While some people responded positively, others were skeptical.

A startup enthusiast who only wanted to be named as Octa has his doubt.

“The way I see it, it doesn’t solve the actual problem. Because what is important is to understand the root cause of the problem, which has the potential of causing a mental issue,” he told CNA.

READ: Scientists have discovered why music sounds the same across different cultures

Similarly, a white-collar worker, who only wanted to be known as Irvan, said people usually seek affection from someone they know well and this service will only bring a temporary stress reducing effect.

“It doesn’t really solve the client’s real problem such as stress, loneliness, etc,” he said.

Hugging is proven to have positive psychological effects, but the best hugs are between people who know each other, child and family psychologist Rustika Thamrin told CNA.

“Hugging can make people feel comfortable when they have negative emotions.

“A warm hug can release hurt, sadness or other negative feelings,” she said.

However, the best hugs are between parents and their children or among family members like uncles, aunties, grandparents and siblings.

“Since there is already a close relationship, and there is trust and a sense of security, so hugging can be beneficial. But when it comes to strangers and when hugging is not our culture, this would not be easy.

Ms Devie Rahmawati, a social researcher from the University of Indonesia, concurred.

“In our culture, hugging is taboo. We barely touch each other, so I don’t know whether a hugging service is suitable for our culture,” she said.

She also stressed that while people need someone to listen to their problems, only certified psychologists and psychiatrists have the authority to give advice.

Clinical psychologist Ratih Ibrahim, who is a board member of the Indonesian Clinical Psychologist Association, cautioned that the service may be misused by paedophiles or sexual harassers, and safety may be an issue.

“I’m concerned about the delivery, the people and quality control. I’m also curious how he (Mr Sahbana) would manage to get the license,” she said.

Meanwhile, educational psychologist Annissa Samantha opined that people who have problems, especially children, need much more than just a hug.

“Psychological examination, individual counselling and family counselling are the options. For children with special needs, they need special treatment such as specific therapies,” she said.

Responding to these comments, Mr Sahbana, the founder of Indocuddle, said he would ensure the sessions are conducted in accordance with ethical codes, with another employee present during each session.

He maintained that he wanted to be an agent of change.

“There are bound to be supportive and discouraging voices in the Indonesian society. Indocuddle’s short-term goal is to provide a service which can be accepted by the people,” he said.