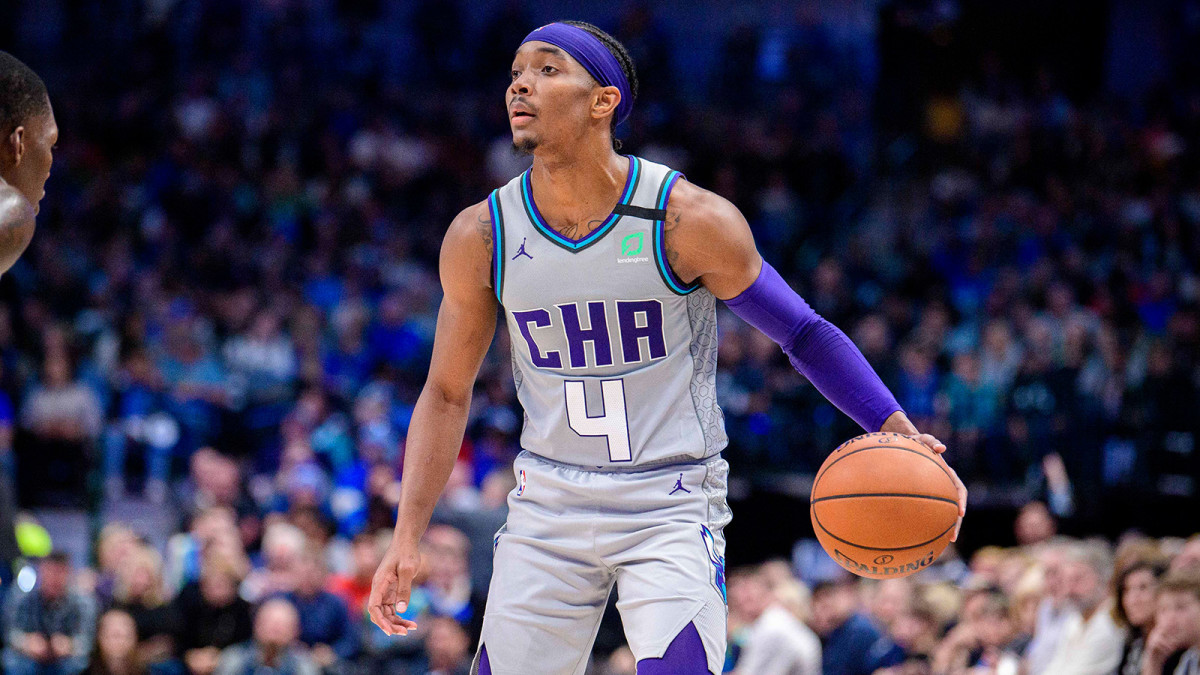 Basketball betting fans have a short six-game slate to pick from on Saturday. In addition to the Rockets vs. Hornets contest, Atlanta at Memphis and Philadelphia at Golden State are also featured in our match previews and best bets.

Houston heads into Charlotte, looking to snap a two-game losing skid. The Rockets lost 125-123 to the lowly Knicks in New York on Monday and were crushed 120-105 at home by the LA Clippers in their last game on Thursday. Houston was rolling before that, as James Harden and crew went 10-2 SU and 7-4-1 ATS during a 12-game hot streak. The Rockets are in a heated battle with the Mavericks, as Houston leads Dallas by 1.5 games in the Southwest playoff race.

Trailing Orlando by 6.5 games in the race for the final Eastern Conference playoff spot, Charlotte has lost three straight contests. Following losses to Milwaukee (93-85) San Antonio (104-103) and Denver (114-112), the Hornets are closing out a four-game homestand. Without getting much scoring, from players other than Devonte’ Graham and Terry Rozier, Charlotte has won just six of its last 24 games. The Hornets have covered in five straight games.

This is the second meeting this season after the Rockets covered as -13 point favorites during a 125-110 win at home on February 4. These teams battle twice each year, and Houston has dominated the series going 18-2 SU and 12-5-3 ATS over the last 20 games. The Hornets’ last win over the Rockets was a 125-109 decision at home in March 2016.

Charlotte has posted a dismal 9-21 record at home this season, but the numbers improve to 15-14-1 against the spread.

Houston is 18-13 SU and 14-16-1 ATS overall on the road this season. While the loss in New York was a shocking upset, that contest was preceded by a fierce battle in Boston that the Rockets won 111-110 in overtime against the Celtics. James Harden and Russell Westbrook lead the Houston offense that’s averaging 118.7 PPG. Charlotte is last in the NBA, averaging just 102.1 PPG on offense. Russell Westbrook will not play in this game due to his rest policy.

In the midst of a third straight losing season, Atlanta is 9.5 games behind Orlando in the Eastern Conference playoff standings. Atlanta is playing back-to-back contests following a 118-112 loss in Washington on Friday night. The Hawks are 2-10 SU and 3-9 ATS during the second of two straight games this season. Many of those games were blowouts, as Atlanta was outscored by an average 124-107 margin, and six of the losses were by at least 20 points.

After missing the playoffs the previous two seasons, Memphis currently holds the final Western Conference playoff spot. The Grizzlies are 7.5 games behind the Mavericks, who sit seventh, and 3.5 games ahead of ninth-place Portland. Memphis is also playing two straight games following a 112-96 loss in Dallas last night. The Grizzlies have won five of the last seven and are 5-4 overall when playing on zero days rest. Four of the wins were by at least 13 points.

This is the second of two meetings this year after the Grizzlies blitzed the Hawks 127-88 in Atlanta six days ago. Nine Memphis players scored at least ten points, and the Grizzlies defense held at Atlanta to its third-lowest point total of the season. These teams split two games last year as Atlanta won 132-111 at home and then lost 131-117 in Memphis. The straight-up winner has covered during nine of the previous ten games, and seven of those contests stayed under the total.

Atlanta is an NBA-worst 6-26 SU and 10-22 ATS on the road this season. The Hawks lost 21 of those contests by nine or more points and have been outscored by a 122-109 combined final count as visitors. Memphis is 17-14 SU, and 18-13 ATS at home, and 12 of the wins were by seven points or more. Led by Rookie of the Year candidate Ja Morant, the Grizzlies are battling for a playoff spot while Atlanta has played terrible on the road. Lay the points and back Memphis.

Philadelphia rolls into San Francisco to close out a four-game west coast road trip. The 76ers lost to the Clippers (136-130) and Lakers (120-107) before rebounding with a 125-108 win in Sacramento against the Kings on Thursday night.

Following five straight appearances in the NBA Finals – Golden State will miss the playoffs for the first time since 2012. The Warriors have endured an injury-plagued season, but Stephen Curry is back in the lineup after missing 58 games. Curry scored 23 points, grabbed seven rebounds and dished off seven assists during a 121-113 loss at home to Toronto in his first game back on Thursday. Draymond Green (knee) has missed four games and is questionable here.

Philadelphia is aiming for a two-game season series sweep after posting a 115-104 win at home back on January 28. All-Star Center Joel Embiid scored 24 points and grabbed ten rebounds in that contest but will miss a fifth straight game due to a shoulder injury. 76ers fourth-leading scorer Josh Richardson (13.8 PPG) is in concussion protocol and will miss this game as well. Philadelphia has been outscored by a 111-106 margin during 33 road games this season.

Struggling no matter where they play, Golden State is just 7-25 SU and 13-18-1 ATS during their first season at Chase Center arena. Along with Cleveland and Atlanta, the Warriors will have the best odds to earn the top pick in the 2021 NBA Draft lottery. With a five-game lead on the Knicks, in the lottery odds race, Golden State can play competitive and win a few games at home down the stretch. Bet on the Warriors as home underdogs over the road-weary 76ers.