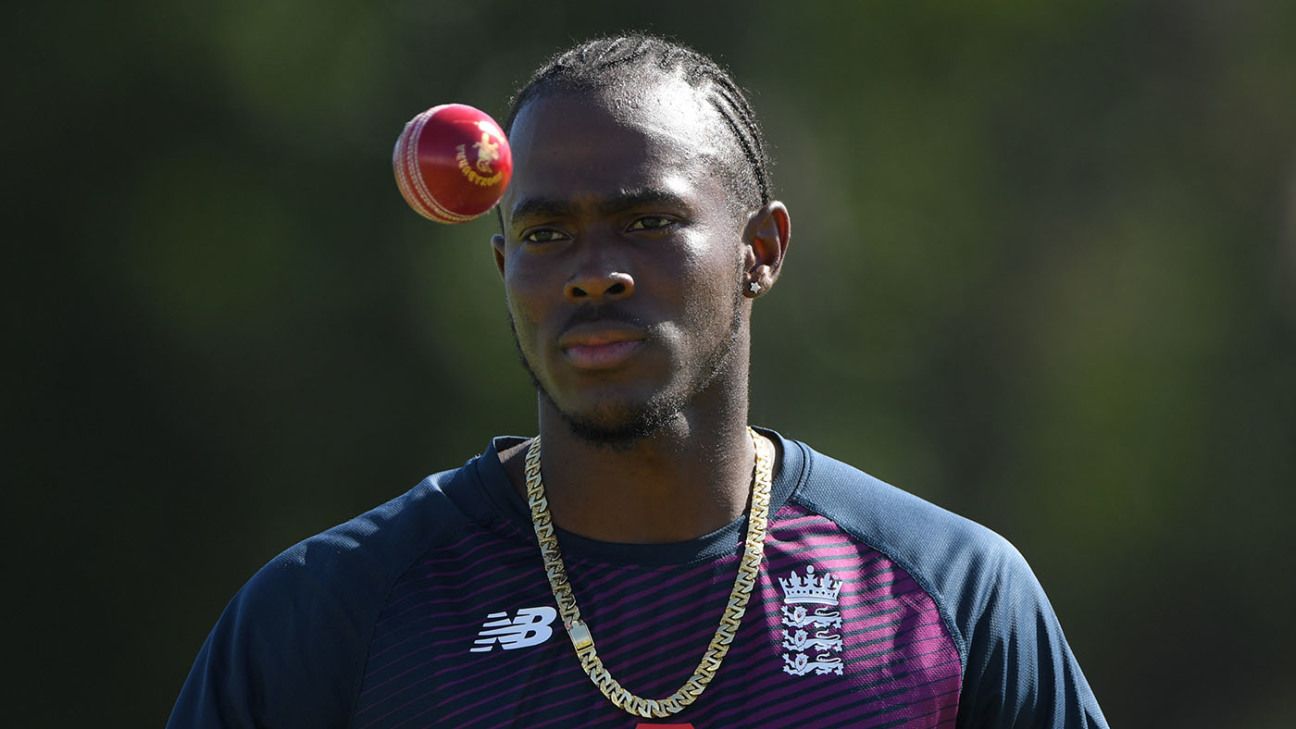 Jofra Archer is on course for a comeback in England’s Test series against West Indies in June, but would appear to have been ruled out of any involvement in this season’s IPL, following a further MRI scan on the elbow stress fracture that curtailed his involvement in the recent tour of South Africa.

Archer was said to be “progressing as expected” after his latest scan in London had been reviewed by the ECB medical team, and he will undergo a further scan in mid-April before a return to competitive cricket.

However, in a statement outlining Archer’s rehabilitation programme, there was no mention of the bowler’s own desire to make himself available for Rajasthan Royals in this year’s IPL, a tournament which begins on March 29 and concludes on May 24, a fortnight before England’s Test summer commences.

“Archer’s focus will be playing for England, starting with the West Indies Test series, which commences in early June,” said the ECB. “He will play County Championship cricket in May for Sussex to ensure his preparation is optimal for Test cricket.

“His current rehabilitation will progress to a full gym programme and continued running work over the next two weeks.

The unequivocal nature of that update is at odds with Archer’s own assessment of his progress, with him telling Sussex’s website that he had his “fingers crossed” for an IPL return before the end of the tournament.

“The elbow is fine,” he said. “I haven’t felt it for the last few weeks now so I think it’s making good progress.”

The update follows Friday’s confirmation thatChris Woakes, another key member of England’s Test line-up, has been withdrawn from this season’s IPL, despite being signed by Delhi Capitals for 150 lakh (£160,000) at December’s auction.