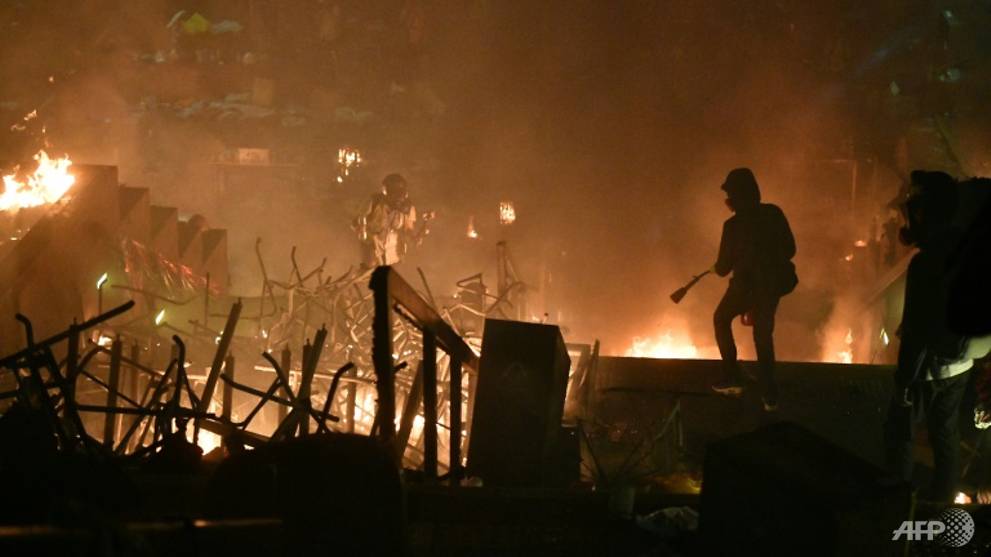 HONG KONG: University student, “A”, says she used to be a “typical girl” who liked to shop, drink bubble tea and watch Korean soap operas but all that changed as Hong Kong’s anti-government protests gained momentum and she stepped up to take a place in the frontlines.

She is now charged with rioting, an offence which carries a maximum ten year jail sentence, and is on bail awaiting trial.

The protests began last June and at first, the frontlines were predominantly men. That started to gradually change and women began building roadblocks, throwing back tear gas cannisters as well as facing rubber bullets and bean-bag rounds.

READ: Our coverage of the Hong Kong protests

The 22-year-old, who did not want to be identified for fear it could affect her trial, said her shift to the frontline came in stages.

“I was at the back, I would just go home after I marched. I started to think I could go further and further forward, till I was at the very front.”

At the frontlines, it can be hard to tell the difference between men and women among the black-clad protesters but “A” says she felt a sense of female empowerment and gender equality when she came across other women – even if men sometimes tell women to retreat.

In the past nine months, 7,165 people have been arrested, according to the city’s Security Bureau. The protests have quietened down due to spread of the coronavirus, but there are signs the movement could again mobilise with at least three protests scheduled for Sunday.

Although Hong Kong’s controversial extradition Bill, which sparked the protests, has been withdrawn, protesters have been marching for an investigation into police brutality and the downgrading of riot charges for those who have been arrested.

The student says she believes more women could play a greater role in progressing the campaign for more democratic measures to be put in place across the city.

“We’re no longer weak, or the ones with ‘princess syndrome’. So I think now, we are evolving like Pokemon, we’re on another level. We’re different.”