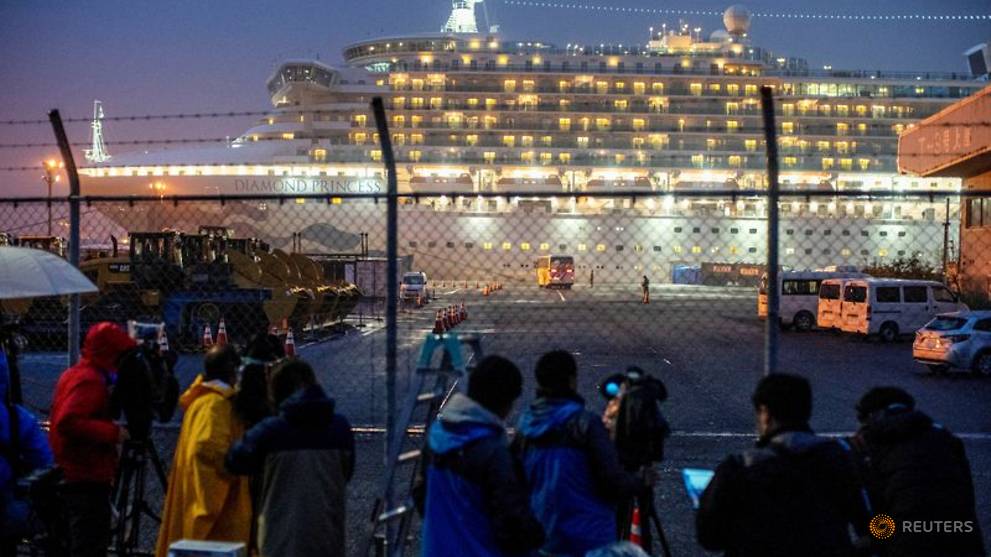 TOKYO: A man who had been aboard the Diamond Princess cruise ship and was infected with coronavirus has died, bringing the death toll from the ship to seven, Japanese public broadcaster NHK said on Saturday (Mar 7).

The man was not Japanese, NHK said, without giving details of his nationality or age. That would make him the second foreigner from the ship to die, after a British man died last month.

Japan’s handling of the outbreak on the luxury cruise ship, which was quarantined at the port of Yokohama, sparked international criticism and has tarnished what was supposed to be a triumphant Olympic year for Prime Minister Shinzo Abe.

The ship was evacuated last month.

The number of domestic infections has risen to 1,149 cases, NHK said, including 10 new infections in Osaka.

BOOKMARK THIS: Our comprehensive coverage on the Wuhan coronavirus and its developments

Download our app or subscribe to our Telegram channel for the latest updates on the Wuhan virus outbreak: https://cna.asia/telegram