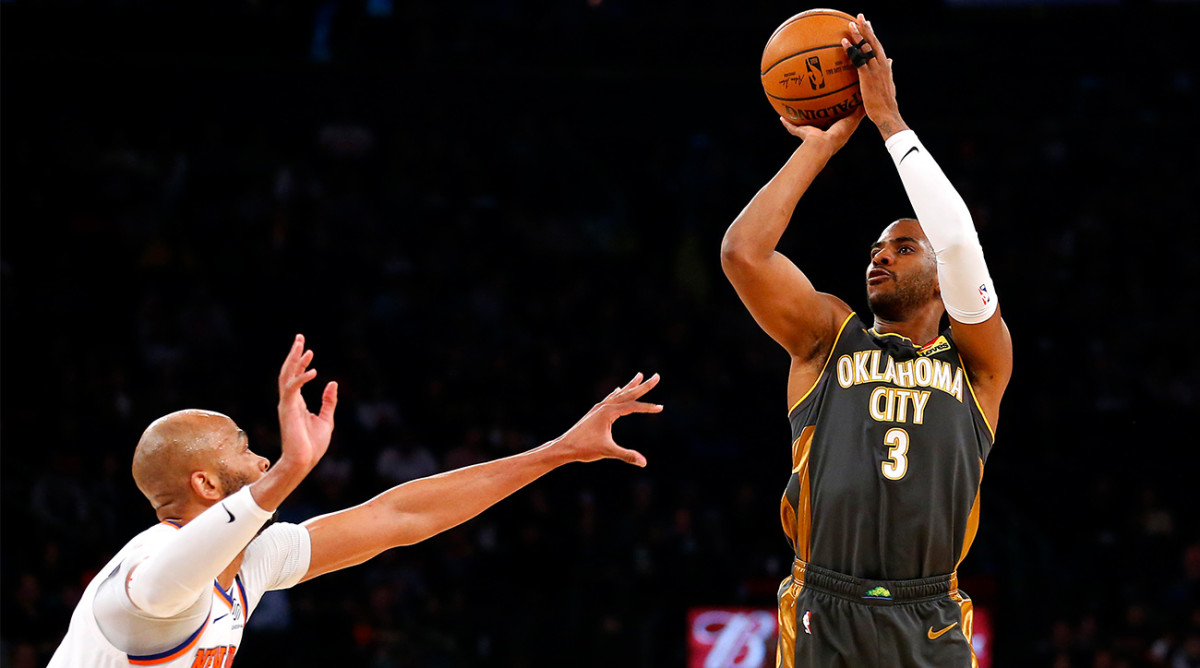 Ahead of Friday night’s 126-103 win over the Knicks, Thunder point guard Chris Paul was asked about trade rumors linking him to New York.

The rumors, which were first reported on Thursday by long-time Knicks beat writer Frank Isola, said that New York was “gathering intel” on the Thunder point guard and that Knicks “could make a run at him this summer.”

Paul wrote Do the Right Thing on the sneakers he wore during Friday’s game as an homage to one of Lee’s most famous films.

“I had talked to Spike a couple days actually, looking forward to him being here to watch me play,” Paul told reporters afterward. “I was excited to see Spike and didn’t get to see him.”

Earlier this week, after a tiff with Garden security, Lee said he was being harassed by Knicks owner James Dolan and that he wouldn’t go to any more games this year.

The film director claimed he entered MSG through an employee entrance he’s used for 28 years. After his ticket was scanned and he walked onto an elevator, security asked Lee to exit and re-enter the arena through a different door.

When security later asked Lee to leave MSG, he said he put his hands behind his back and told them, “Arrest me like my brother Charles Oakley.”

Lee told ESPN that Dolan asked to speak to him, and he responded, “Mr. Dolan, I don’t want to talk about anything.”

The New York Post reported Lee was in his seat by game time, and he spoke with Dolan at halftime about the incident. Lee said MSG did not inform him about changing its policy on which entrance he should use.

Paul, who said Friday he has very rarely played in Madison Square Garden despite being in the league for 15 seasons, recorded 21 points and 12 assists in his team’s blowout victory.