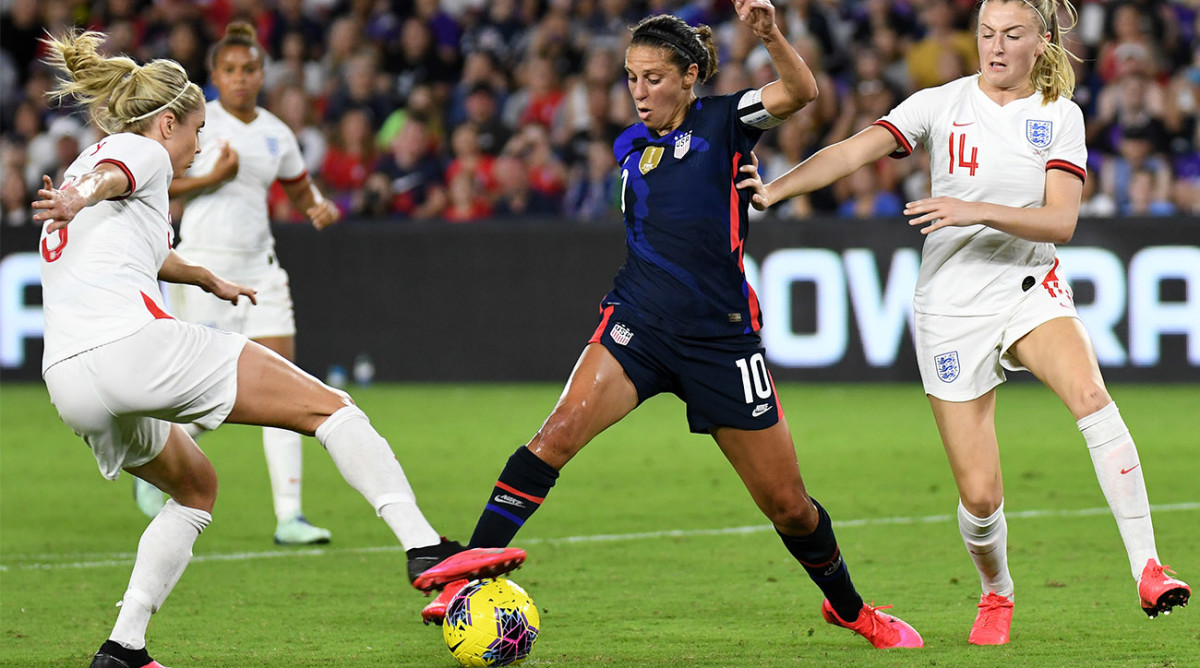 The USWNT opened its 2020 SheBelieves Cup run Thursday night with a 2-0 victory over England.

The two teams, who also met in the 2019 World Cup semifinals, were tied 0-0 at halftime before USWNT forward Christen Press opened the scoring at the 53-minute mark thanks to a right-footed laser.

Press had recently scored in all three group matches of Olympics qualifying, including a pair of goals versus Costa Rica. She had also scored in six consecutive games dating back to the final two matches of 2019, before failing to tally one in the Olympic Qualifying championship.

America’s advantage would hold throughout the remaining 40-plus minutes.

For the contest, the USWNT out-shot its English foes, 23-6, though England had a slight possession advantage.

The United States has won the SheBelieves Cup in two of the tournament’s first four years, with France winning in 2017 and England winning in 2019.

The USWNT next plays Spain on Sunday, March 8 in Red Bull Arena. Kickoff is set for 5 p.m. ET.