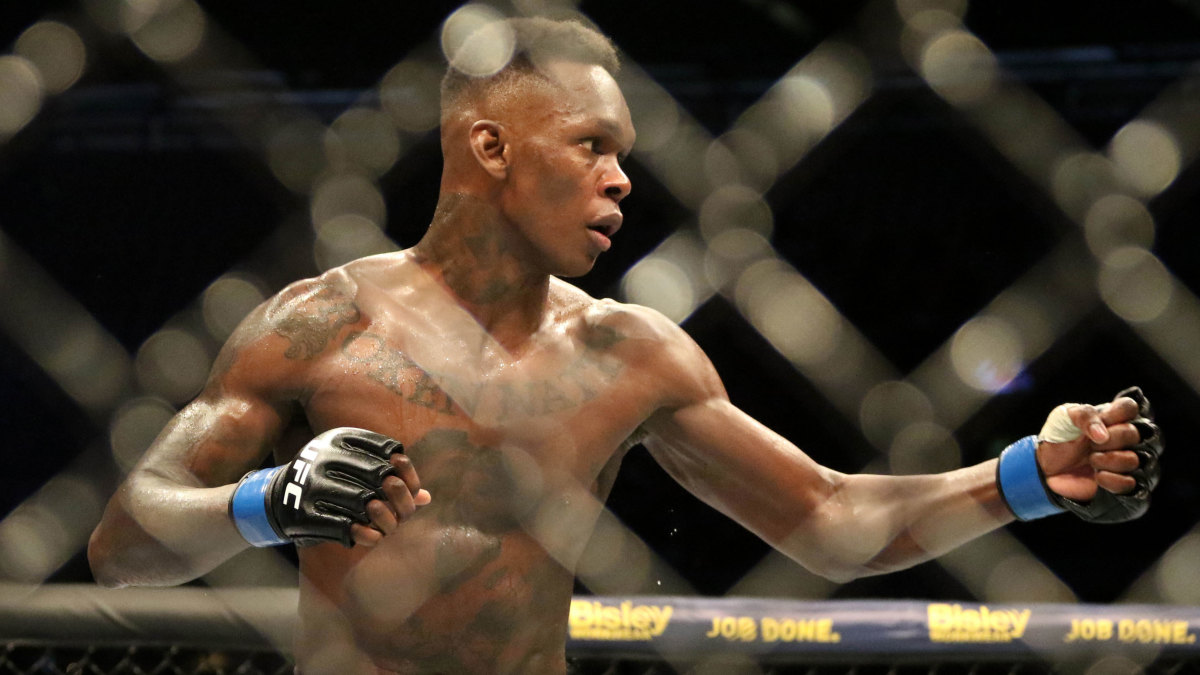 UFC 248 this Saturday is headlined by Israel Adesanya defending his Middleweight title against Yoel Romero, who looks to finally achieve championship status despite entering the twilight of his career.

The marquee fight for 248 was originally intended to be Adesanya defending against Paulo Costa, who defeated Romero last August at UFC 241. But a bicep injury removed Costa from a title fight with Adesanya, providing an opportunity for Romero to insert himself into title contention.

Despite his age, the 42-year-old Romero still poses a threat to any fighter in the middleweight division. A victory by Adesanya adds to his championship portfolio, so there are certainly benefits to the fight–though it pales in comparison to the original matchup of Adesanya-Costa.

The most compelling fight of the night will be UFC Women’s Strawweight Champion Zhang Weili taking on “The Queen of the Strawweights” Joanna Jedrzejczyk in her first-ever title defense.

Jedrzejczyk has the longest reign in division history, but a lot has changed since her 966-day reign. Weili is one of the fastest female strikers in the world, and her power will create constant issues for Jedrzejczyk. A key question here is which version of Jedrzejczyk will be on display–will we see the unstoppable force who won her first 14 fights, or the fighter who has dropped three of her past five bouts?

An exciting element to 248 is the undercard, which features “Sugar” Sean O’Malley on the ESPN prelims, as well as a fight featuring Daniel Cormier-protégé Deron Winn.

And here are five important questions surrounding this Saturday:

1. With Paulo Costa out with an injury, is it worth investing in a card headlined by Israel Adesanya-Yoel Romero?

It is difficult to get too excited about this fight. Romero (13-4) comes in off of two losses, and the popular choice for this position was Costa.

Romero remains one of the most dangerous fighters in his weight class, and he is seeking a title reign before he retires. This will be a tough fight for the undefeated Adesanya (18-0), but the blue print is out on how to defeat Romero.

Inside the Octagon, kickboxing will play an important factor. Adesanya needs to use his range and keep Romero off him. Romero is a former Olympic wrestler, and his wrestling is his bread and butter. But Adesanya is lanky and long, so Romero will need to bring the fight to him, which is where Adesanya stands to benefit. Taking those long stances to keep Romero off of him is the key to the fight.

It was smart for Adesanya to call out Romero for this fight, because he still looks like a monster and perfectly fits the role of that super villain. But this is not the same Romero from five years ago. This fight serves as an opportunity to further enhance Adesanya’s star power.

2. Can Zhang Weili handle a fighter as skilled as Joanna Jedrzejczyk?

In a fight that is more interesting than the main event, Zhang Weili defends her Strawweight title against former champ, Joanna Jedrzejczyk.

There are legitimate concerns whether Weili (20-1) can defeat an opponent as versatile and tough as Jedrzejczyk (16-3). Weili won the title by defeating Jessica Andrade, who had a fluke win over Rose Namajunas last May. Zeili then won the title this past August, and Jedrzejczyk is a perfect challenger to see if she truly belongs in the spot reserved for the most elite fighter in the division.

Questions will persist about Weili until she beats Jedrzejczyk, perhaps the best smaller weight female fighter in UFC history. Jedrzejczyk was outperformed in the past by Rose Namajunas, but she is “The Queen of the Strawweights” for good reason.

Jedrzejczyk looked great at open workouts and she trained incredibly hard for the fight, but Weili enters the fight as the favorite. We won’t know who Weili truly is as a fighter until we see her against Jedrzejczyk, and we don’t know which Jedrzejczyk we are getting. All of these questions make for a very exciting fight, though I expect the champ to retain and extend her title reign.

3. What else stands out on the main card?

Outside of the top two fights, there is no one really moving the needle on this card for the UFC, but the match makers have set up the possibility for some exciting bouts.

Known the “Brazilian Cowboy,” Oliveira is famous for swinging for the fences and trying to finish a fight. Griffin is more of a boxer/brawler type, which should lead to an amazing stand-up fight. Oliveira is on the back nine of his career, and I expect to see a knockout win for Griffin in the opening or second round.

Another welterweight fight on the card is Neil Magny vs. Li Jingliang.

Magny (21-7) is good, but not good enough to beat Jingliang (17-5). He serves a role as a gatekeeper for the division, so this is another chance for Jingliang to prove he belongs in the upper echelon of the division.

A lightweight fight pitting Beneil Dariush against Drakkar Klose is also on the card. Both fighters have failed to meet high expectations placed upon them in the UFC, but a win will help reset their future path. Dariush (17-4-1) has been around longer and been on the receiving end of a couple upsets hardly anyone saw coming. Klose (11-1-1) can still be a star in the UFC, and he desperately needs this win.

UFC 248 features fighters who are not yet contenders in play for titles. Griffin has a lot to gain, especially with so many eyes on him and people looking toward that bout as a potential fight of the night. If he has an exceptional performance, he could move up the ladder. But the welterweight is an exceptionally deep division and there are no concrete expectations coming out of the undercard fights on this card.

4. Who stands out on the prelims?

There are entertaining fights on the undercard, including the women’s strawweight bout featuring Emily Whitmire against Polyana Viana. Whitmire is a fun fighter to watch and someone to keep an eye on as she piles up wins, though she does not yet belong in the top tier of the division.

There are also a lot of high hopes for Deron Winn, who fights middleweight Gerald Meerschaert. Winn is Daniel Cormier’s protege and a really tough guy. He is slightly undersized, which a direct parallel to his mentor in Cormier, and he has a lot of potential because of his heavy hands and great wrestling.

But the real story of the prelims is “Sugar” Sean O’Malley.

O’Malley’s bantamweight fight against Jose Alberto Quinonez is his return to the Octagon for the first time in two years. O’Malley (10-0) failed drug test for marijuana that took him out of commission and dealt with the consequences of a tainted supplement, so the question entering this fight is how he will look in his return.

Only 25, O’Malley’s claim to fame occurred on The Contender series when Snoop Dogg was one of the commentators. O’Malley landed a crazy knockout, then went viral by going to the booth to smoke with Snoop. He has an incredibly fun fighting style, but two years away can lead to a lot of ring rust. How has he progressed as a martial artist in that period? Will we see a completely different fighter?

O’Malley was on the cusp of stardom when he hit his skid. There is the potential for catching lightning in a bottle if he wins.

5. What happens next if Adesanya is victorious?

If Adesanya wins, he needs to call out Jon Jones.

And he should be victorious in his fight against Romero. The goal is to give Adesanya a challenge, similar to the way in which Anderson Silva was used in the latter half of his career. Silva, like Romero, was always dangerous, even if he was no longer the same caliber of fighter. But a win over Silva always meant a lot, and that is the same with Romero. Ultimately, a win in this fight is a step toward getting Adesanya to Jones.

The next fight for Adesanya should be Paulo Costa, but this was his fight and he got hurt. If Adesanya wins and wins impressively, there is a legitimate possibility that the Adesanya-Jones fight is made. Jones has already defeated the major contenders in his Light Heavyweight division. There is an argument that Thiago Santos deserves a rematch against Jones, and Jan Blachowicz may be a contender, but neither of those is a big-selling fight. The timing is perfect to pivot into Adesanya-Jones.

The story of 248 is the build to Adesanya-Jones, one of the biggest main events the UFC can produce. A dominant performance by Adesanya at UFC 248 may finally turn a dream fight against Jones into a reality.