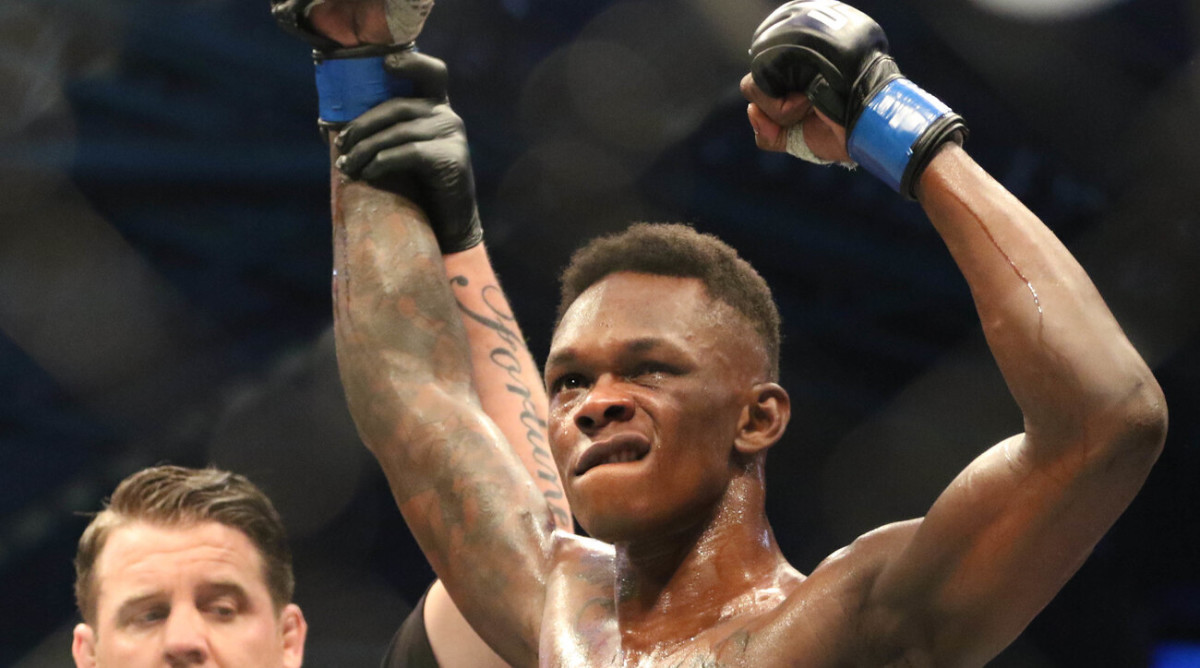 Consider it a heater. Gambling on MMA & Boxing continues to soar to new levels and there is no turning back. Unlike any other, gambling on combat sports is truly a 52-week season. It’s a season where players can get action down literally every week as they wish, and that they do. Just weeks ago, we saw bettors thrown down stacks of cash in a big way on the Wilder vs Fury match up. Money sprinkled in throughout the week, including several five-figure bets, and as we reached fight day, it was game on. Big bets continued to pour in, and six-figure tickets on both fighters became public knowledge, including $135,000 to win $100,000 on Wilder, and $190,000 to win $199,500 on Fury. Prop bets were like candy, and you could find anything from method of victory, which round each fighter would win, who would bleed first, and even would Wilder wear a facial mask during the walkout; but we won’t get into that.

I picked up the phone.

“Prove me right Joey. We aren’t going anywhere, and this thing is growing and has been for years wouldn’t you say?”

“You know what I always found odd C, and there’s probably an easy explanation but, with other sports like Nascar for example, betting limits have shrunk since I was offshore. At least from my experience compared to like 2001 when a buddy of mine from California was making matchups. Yet on the other hand, the UFC limits have gone through the roof compared to the old days.”

So who is this Joey guy you ask? Well if you follow the fight game and don’t know, you’ve been under a rock. Let me introduce you to Boxing and MMA oddsmaker, Joey Oddessa.

Joey Oddessa went from creating numbers in the back rooms of New York clubs to becoming one of the world’s elite boxing and mixed martial arts bettors and oddsmakers.

His opening fight prices have become synonymous in mixed martial arts and boxing bouts as the Las Vegas Stardust line was for the NFL before it closed it’s door in 2006.

In 1989 at just 19-years-old, Oddessa got his start in the sportsbook industry working on the east coast where he learned the intricacies behind how bookmakers generated odds and charted wagers.

After 10 years of working up and down the east coast, like so many others of that era, he decided to take his talents offshore back in 1999.

Oddessa worked side by side and consulted with some of the largest bookmaking operations in the world for the past two decades in Antiqua, Belize, Canada, Costa Rica, Curacao and Jamaica, and had continued success on both sides of the counter.

Moving offshore gave him the opportunity to bet into several international fight markets and to create markets for a steadily increasing number of fight matchups.

Boxing wagering soon made a comeback in 2001 and the rapid growth of the Ultimate Fighting Championship after 2003 turned the fight game into a 52-week season and the opportunity to make a living dissecting the bouts.

To put it lightly, his reputation in the offshore wagering industry is unparalleled.

One of my favorite stories about Oddessa, is that he hand wrote tickets on who would win the very first UFC tournament back in 1993. He had penciled eventual champion Royce Gracie as one of the longest shots at 10 to 1 to win it all. No one at the club he resided at, including him, thought the smallest guy in the field could win it. Hindsight, he admits he got away with one that night. Not one person took the price with the double-digit underdog.

How times of changed since that very first tournament.

Here we are now 511 UFC events later, watching film and breaking down some predictions for UFC 248: Adesanya vs Romero. I thought I’d take a time out and hit up Joey to talk a little about the growth of gambling on combat sports, and chop up UFC 248 with him for a few.

From my end, I’m continuing to see combat sports climb in popularity, and bettors are seeing more outlets, and more props and such to take positions on. Limits have also adjusted over time. You would know more than most, what are you seeing from your end specific to the growth and popularity in gambling on MMA/Boxing?

In 2001 some of the biggest names in the gambling industry said mixed martial arts and the Ultimate Fighting Championship’s popularity would be short lived. They could not of been more wrong. Almost 20 years later you would be hard pressed to not see mixed martial arts odds posted at a sportsbook. They are everywhere. Wagering limits on UFC matchups on fight day are as high as some casinos college football limits. In 2017 UFC star Conor McGregor decided to cross over and give new life to boxing, a sport that often refered to as ‘dead,’ in what the Associated Press called the “biggest bet fight ever.” Operators wrote record amounts of wagers and claimed on fight day a McGregor win would be the biggest loss for bookies on a single event offshore and in Las Vegas history.

Now this last week with the Benavidez vs Figueiredo title fight, we saw Figueiredo miss weight, and many would say that significantly impacted the outcome of this fight. As a result, fighters who have missed weight are now 3-0 in 2020. Along those lines, looking at data and trends with fight outcomes, any nuggets you can share that we should keep an eye on?

There are always going to be trends. Things like a fighter missing weight quickly show up in the wagering line. The market adjusts itself to these kinds of things. No two fights or fighters are ever the same. You may see a trend on paper that may give you a short edge but it will usually be short lived. More importantly, most things the average bettor thinks gives them an edge is already calculated into the line. If I learned anything over the years as an oddsmaker and a bettor it’s “what you don’t know can hurt you.”

Interested in your opinion on this as well. Parlays in the fight game. I personally am not a fan of putting positions on parlays. What’s your take?

I feel the same way about parlays as I do prop bets. I don’t bet them. I wager on who I think will win a fight and don’t box myself in with a method of victory. Method of victory, like parlays, makes a bettor correctly pick more than one correct outcome to win. These are fights and more than the combatants often come into play with the outcome. Factors like referees, judges, doctors and even instant replays. I don’t care how the fighter I stake wins, as long as they win.

Now I know you and I were aligned with the Tyson Fury match a couple weeks ago, where we both favored the underdog Fury coming through and putting on a clinic, which he did. Looking at this week’s co-main event, I believe we are on the same page again, but this time with the current champ retaining. Are you and I going to be cashing the same winning ticket again this weekend?

Weili Zhang saw some early money when the line opened but the odds are moving slowly back Joanna Jedrzejczyk way. There may be some concern with change as Zhang had to uproot her training camp in the midst of the current global health crisis, but I think Zhang will retain the title.

Moving onto the main event, Israel Adesanya looks to be a moderate favorite (-280) against challenger Yoel Romero. Is he getting too much love here from the oddsmakers or are you believing we see the champ retain and get to 19-0 after Saturday night?

Israel Adesanya has been proving me wrong since his second UFC bout against Marvin Vettori. Adesanya lost some rounds against average guys over his UFC career but closes the show strong enough to win. Romero is a accomplished wrestler who probably doesn’t do enough of it in the octagon. On the night Romero lost to Paulo Henrique Costa I remember thinking either of these guys would beat Israel Adesanya. It is getting expensive but Israel Adesanya has not made a believer out of me yet. I think Romero can beat him.

On the undercard, I’m taking a close look at Mark Madsen and Li Jingliang. Anyone stick out to you?

I think Deron Winn will win on the undercard and Li Jingliang. That’s all I really like so far on this card.

I appreciate Joey taking a few with me this week. You can follow his feed on Twitter at @MMAOdds.

In salary cap contests, participants will create a lineup (six fighters) by selecting players listed in the Player Pool. Each player listed has an assigned salary and a valid lineup must not exceed the salary cap of $50,000.

Contest results will be determined by the total points accumulated by each individual lineup entry.

Significant Strikes are any Distance Strike or Clinch/Ground Strikes that are considered “Power Strikes” by official scorers.

Advances include: To Half Guard, To Side Control, To Mount, To Back Control.

A knockdown is awarded to a fighter who knocks his/her opponent down due to debilitation for what the official scorers consider an appreciable amount of time.

Choose active fighters. Coupling an active fighter on his/her way to a unanimous decision will give you key points for your team. Just like any other DFS traditional sport, you want the active, offensive player that scores. Key metrics here are SLpM and TD AVG/15min.

Play the heavyweights. The approximant overall finish rate in the UFC is 54%. Most of the weight divisions range from 40%-60%, while the heavyweights push a 75% finish rate. You will receive bonus points for finishes inside the distance.

Try to always include the main event or title fights. Five round fights mean more time to rack up points if you pick the right fighter. In some cases, even if you have the loser, the points can be more than a three-round winner.

Always look for value at the top of my MMA DFS Heat Chart. Using fight-odds data and stacking the fighter lineup via Odds to Finish in comparison to DFS salary price can find you some spots. RED = HOT, BLUE = COLD. The chart also provides finish %’s, which validate odds even more if the matchup and past opponents’ strengths support the provided stats.

Don’t get excited and rush a pick based on stats, consider sample size. Some fighters have limited fights compared to their opponents when looking at metrics. Stats could be exaggerated. Do your research. Watch for spots with debuting fighters as well. Always check the records of the opponents they faced on their way to the UFC. Always pull fight tape as well. You’d be surprised at what you will find.

As you can see, the chart is ranked based on fight finish odds. Fight finishes are where the points are at in MMA DFS. Take a quick glance at the stack, and we will break down the individual matchups below.

Two key offensive metrics are strikes and takedowns. They get off on their opponents, watch your points rack up quick. Here’s my Offensive Output Meter for the card. With this chart, you can compare historical fighter averages in these two, key metrics as I rank all fighters participating Saturday.