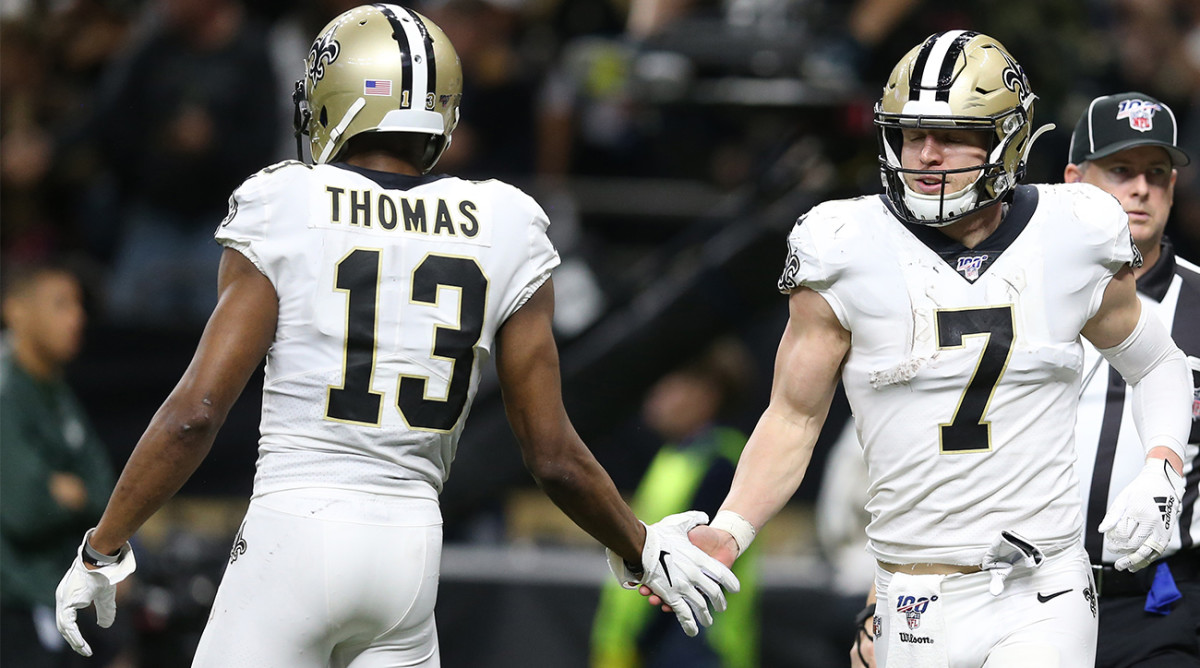 It appears as if the New Orleans Saints are taking as many measures as they can to keep their dynamic backup QB Taysom Hill.

According to ESPN’s Adam Schefter, the team plans on re-signing Hill before he can hit free agency this offseason. If that deal falls through, however, the Saints are reportedly planning on placing a first-round tender on the restricted free agent. If the latter scenario plays out, New Orleans will have a chance to match any offer sheet Hill signs with another team or acquire a first-round pick in return.

The tender is expected to come in around $5 million for the 2020 season.

Hill, who will be 30 years old by the start of next year’s regular season, entered the NFL as an undrafted free agent three years ago. He eventually found his way to New Orleans, where he blossomed into a Swiss Army Knife weapon for Saints head coach Sean Payton.

On top of being used as a quarterback, Hill has lined up in the backfield and as a receiver. This past regular season, he threw for 55 yards, rushed for 156 and caught 19 passes for 234 yards. He recorded seven total touchdowns. He also often plays on New Orleans’ special teams units.

In New Orleans’ 26-20 postseason overtime loss to Minnesota this past season, Hill played perhaps his best career game. He completed his lone pass attempt for a 50-yard touchdown. He also tacked on 50 rushing yards and 24 receiving yards.