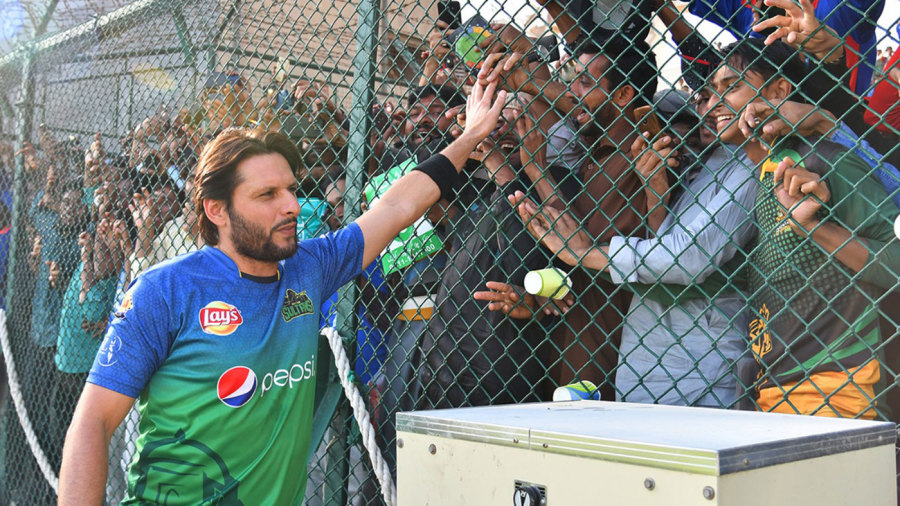 Multan Sultans put in arguably their worst batting performance of the tournament, but were bailed out by the Lahore weather. With Shan Masood’s side having limped to 102 for 6 in 16.5 overs, the heavens opened, with no further play possible. This had been a distinct possibility with rain having lashed the city for much of the past 24 hours, before the clouds cleared to allow the game to start on time.

Karachi Kings started brightly, while Multan, playing their first game back in Lahore after three at home, found themselves under pressure from the outset. A disciplined start from Karachi produced dividends when Zeeshan Ashraf’s low-percentage swipe found a diving Chris Jordan at mid-on, before Moeen Ali, the only Multan player who looked in touch, top-edged Aamer Yamin to find Jordan prowling once more. What followed was nothing short of a collapse, with Rilee Rossouw edging Yamin to the keeper first ball, and Ravi Bopara lasted just two balls. Umer Khan removed Khushdil Shah for a tenuous 16-ball 8, and Multan were reeling at 64 for 6.

It was a bitterly cold day for the crowd to endure, and they didn’t even get a completed game, but they may console themselves for one reason: they got to see Shahid Afridi in full flow with the bat once more. An exquisite, and effortless, flick off Mitchell McClenaghan flew over midwicket for six, before he repeated the dose the next ball to liven up a subdued crowd at Gaddafi Stadium. Next over, Umar Khan got the same treatment, and suddenly, Multan had brought up the 100, with Afridi having raced to 35 off 17.

It was, as Afridi innings often are, ephemeral. Not, for a change, because of an ill-advised shot. Unseasonal rains were the culprit this time, and as they showed no signs of relenting, Karachi had to settle for a point Multan were only too glad to pocket.