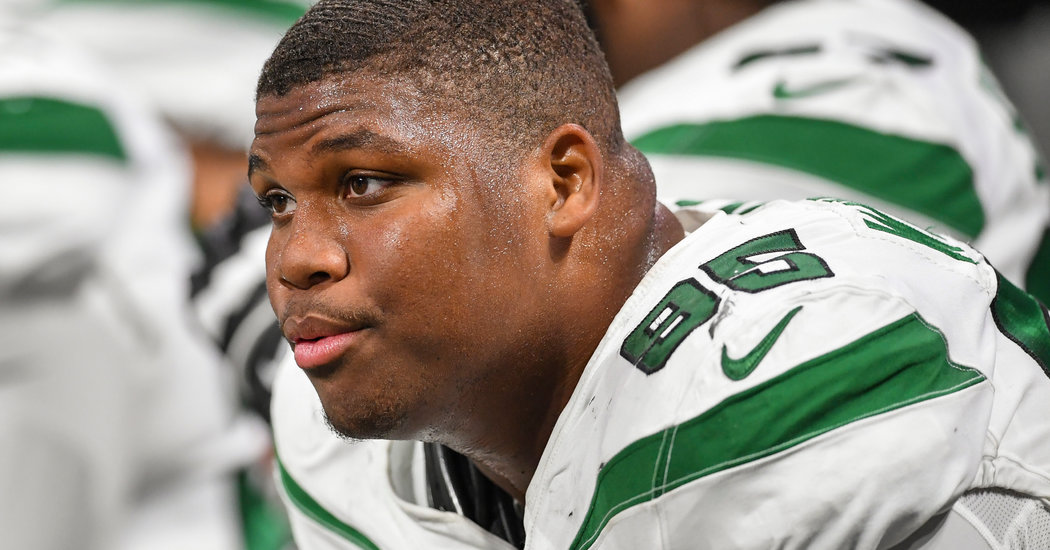 Quinnen Williams, a defensive lineman for the Jets who was the third player chosen in last year’s N.F.L. draft, was arrested on a weapons possession charge Thursday night while trying to board a flight at La Guardia Airport, the authorities said.

He was taken into custody around 9:15 p.m. after he was found to have a Glock 19 pistol, according to the Port Authority police.

The authorities said that Williams, 22, had a permit for the weapon in Alabama, where he was a standout for the University of Alabama. His destination from LaGuardia was not immediately clear.

The Jets and an agent for Williams did not immediately respond to requests for comment late Thursday night.

Williams, who is listed on the Jets roster as 6-foot-3, 303 pounds, recorded 15 tackles and two and a half sacks in his rookie season. He signed a four-year, $32.5 million contract with the Jets, according to the salary tracking website Spotrac.

Williams is not the only high draft pick of the Jets to get in trouble with the law in recent years. In 2015, the defensive lineman Sheldon Richardson, the No. 13 pick in the 2013 draft, was arrested on charges of resisting arrest and several traffic violations after a car he was driving was clocked at 143 miles per hour in Missouri. There was a 12-year-old in the car, which also contained a fully loaded handgun and smelled of marijuana, a police report said.

Richardson was sentenced to two years of probation and 100 hours of community service after he pleaded guilty in St. Charles County in Missouri to reduced charges stemming from the episode. He was later traded to the Seattle Seahawks and most recently played for the Cleveland Browns.

Williams has an older brother, Quincy Williams, who plays for the Jacksonville Jaguars.