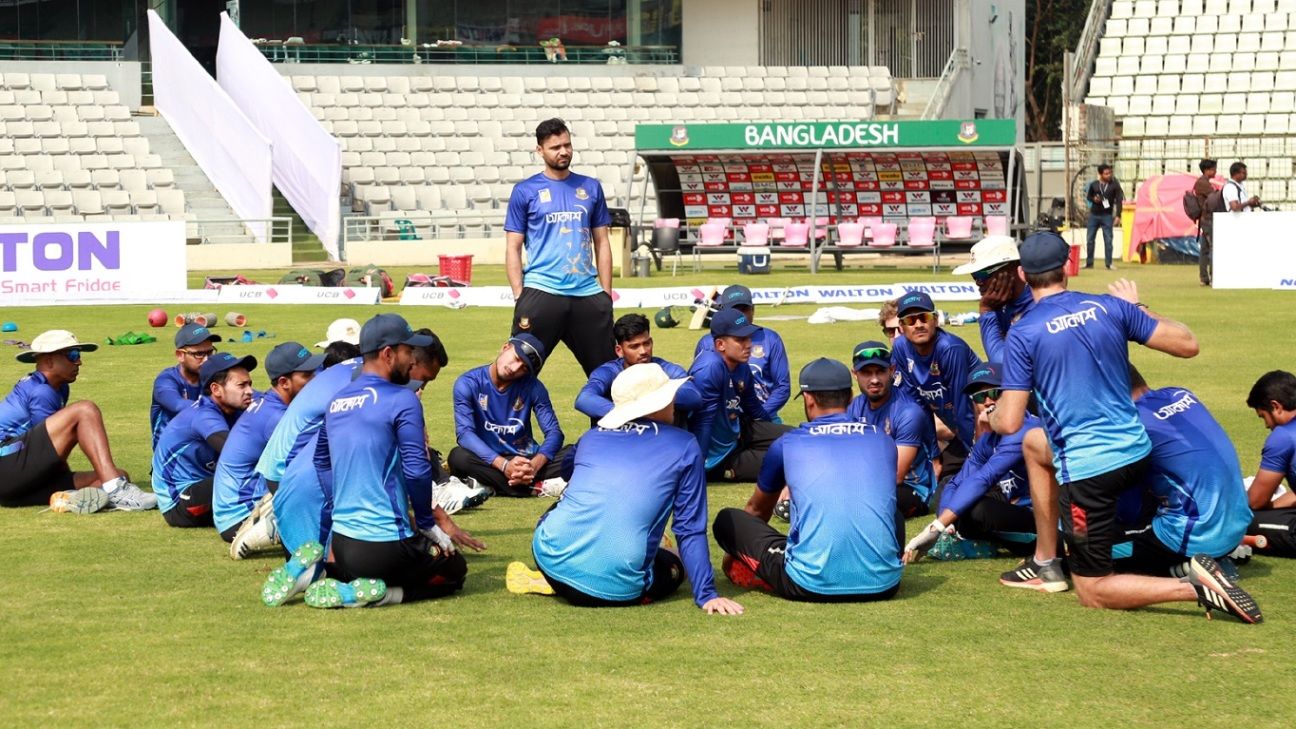 Senior Bangladesh batsman Tamim Iqbal has credited the team’s rise in limited-overs formats since 2015 to Mashrafe Mortaza, who stepped down from ODI captaincy on Thursday.

“Nobody, no cricketer, cricket board and supporters, should ever forget what he has done for Bangladesh cricket,” Iqbal said. “We should always remember him. He guided us from 2015 to 2019. It was because to him that the world sees us differently in one-day cricket.”

Mortaza’s first big success as captain was in 2015 when he led Bangladesh to the World Cup quarter-final, which they lost to India. That was followed by series wins over Pakistan, India and South Africa. And then they made the 2017 Champions Trophy semi-final. In all, he won 49 out of 87 ODIs as captain with an overall win record of 56.32%. Bangladesh also won ten T20Is in 28 matches under him. They also won the only Test he captained in (2009), which also happened to be his final match in Bangladesh’s whites.

Mushfiqur Rahim, from whom Mortaza took over the limited-overs’ captaincy in 2014, described him as “family” and said that playing under him was a great experience. “Nobody will ever replace Mashrafe bhai,” Rahim said. “He is part of our family. He is part of us, not just our elder brother. We will miss him as a captain.

“His captaincy changed our team, on and off the field. Playing under him and with him is a different experience altogether. I wish to see him playing, and I hope he will continue to serve the country.”

Former Bangladesh captain Habibul Bashar lauded Mortaza for managing the other senior players in the side as well.

“Mashrafe is not like just another regular player,” Bashar told the Daily Star. “He is different. His is a special case. Mashrafe playing in a game is a huge thing. It is also a huge news that he is stepping down as a captain. But if he is fit, he still has a lot to offer to Bangladesh team.

“Look at our winning rate [under Mashrafe]; it is a lot. It is never easy to lead a side that boasts of a number of stars. It becomes easier to play matches with the stars but it is very tough to manage all the stars and play. Mashrafe did that very nicely over the years. He is however not retiring yet and is available for selection. I will definitely miss his captaincy. According to me, Mashrafe is one of the best captains ever.”

Mohammad Ashraful, who led Bangladesh for a while before Mortaza took over for his first stint at the helm in 2009, said that while Mortaza led by example, it was his ability that kept him on top for so long.

“I must salute Mashrafe,” Ashraful told Desh Rupantor. “He was the captain because he performed so well for so long. Only good performance keeps you in captaincy, and it is true for Habibul Bashar, Shakib Al Hasan and Mushfiqur Rahim. Bangladesh wasn’t winning when Mashrafe became captain in 2014. The following year was our best time in cricket. We reached the World Cup quarter-finals, played the semi-finals of the Champions Trophy in 2017 and although we finished eighth in the World Cup, we played well.

“It wasn’t easy for him when he first became captain in 2009, as he had to lead by example. He had to be first at breakfast, first in the team bus and first to enter the ground. In those days he had the habit of being the last person in all cases. But he changed himself, and was ahead of everyone. But then he got injured multiple times, and couldn’t be captain for a long time. He played injury-free from 2014, and took the team under his wing, and moved forward. In one word – extraordinary.”