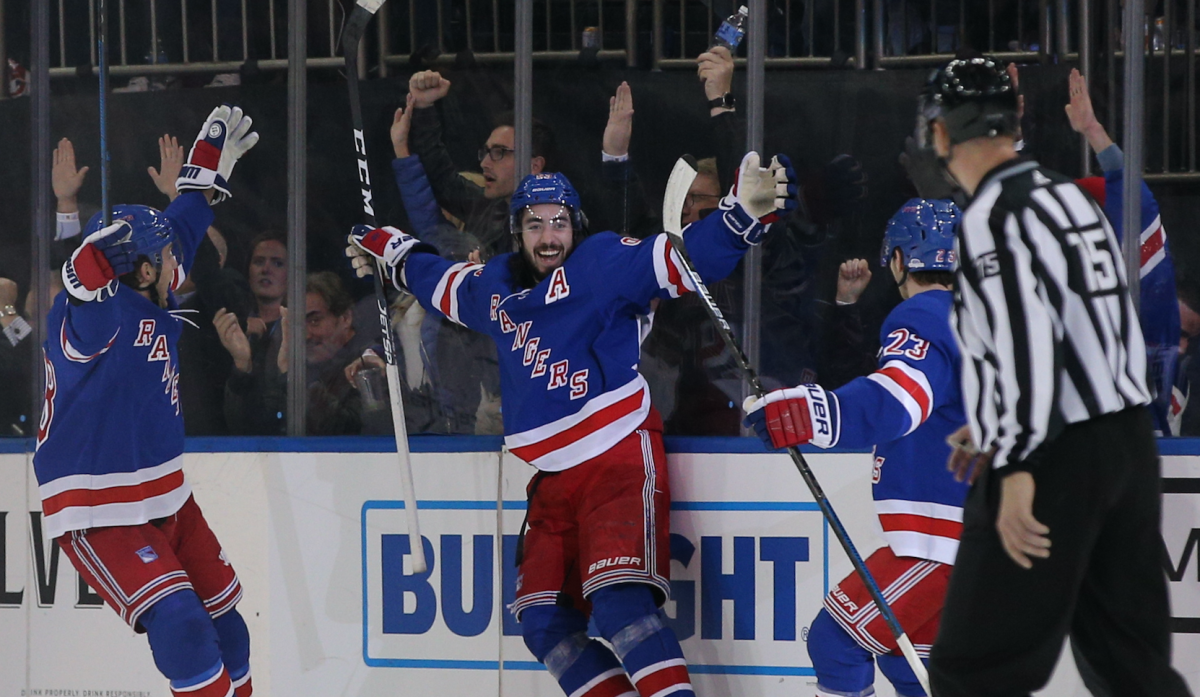 Zibanejad is the second player in NHL history to score his fifth goal in OT, joining Detroit’s Sergei Fedorov, who accomplished the feat on Dec. 26, 1996 — also against Washington.

Zibanejad’s 38th of the season helped New York end a three-game skid. He took a pass from Artemi Panarin and broke in alone and beat Ilya Samsonov with a backhand. Zibanejad is the first Rangers center with at least 35 goals in a season since Hall of Famer Eric Lindros in 2001-02.

Tony DeAngelo had a goal and two assists, Panarin had three assists and Alexandar Georgiev made 29 saves for New York.

Alex Ovechkin had two goals, including the tying score with 43 second remaining to force overtime. That came after Zibanejad scored on a rebound with 1:42 remaining to give New York a brief 5-4 lead.

Ilya Kovalchuk had a goal and an assist, and Carl Hagelin and Garnet Hathaway also scored for Washington. Samsonov had 33 saves for the Capitals.

Defense has been an issue for the Capitals, who have allowed at least three goals for the 10th consecutive game. It’s the first time they’ve done that since the 2006-07 season.

The Rangers broke a 3-3 tie early in the third period. Pavel Buchnevich had the puck behind the net and connected with Zibanejad, who was cutting across the net just 12 seconds in.

Ovechkin wristed in his 46th of the season from the left faceoff circle at 9:22 to make it 4-4.

With game tied at 2 in the second, the teams traded goals 16 seconds apart.

First, DeAngelo scored off a nice pass from Panarin at 14:42. Panarin connected with the defenseman, who was cutting toward the net and scored his 14th of the season.

The Capitals answered right back when Hathaway scored his ninth of the season.

Tied 1-1 after the first, the Rangers grabbed the lead in the second.

On a delayed penalty call against the Capitals, the Rangers were able to keep control of the puck in the attacking zone. Adam Fox fed a one-timer to Zibanejad at the left faceoff circle and he beat Samsonov at 5:29.

A little more than six minutes later, the Capitals tied it at 2. From behind the net, Lars Eller sent a pass to Kovalchuk, who beat Georgiev with his 10th of the season and his first since being acquired by Washington last month.

Georgiev was sharp early on in the game, including stopping Panik on a breakaway a little more than five minutes into the first period.

The Capitals kept up the pressure and opened the scoring a couple of minutes later. Nick Jensen sent a pass to Hagelin, who beat Georgiev with a wrister short-side for his eighth of the season at 7:05.

The Rangers tied it on the power play two minutes after that. DeAngelo sent a pass from the right point to Panarin. Panarin’s one-timer was deflected into the net by Zibanejad at 9:01.

NOTES: Over his past 20 games, Hagelin has 15 points (seven goals, eight assists). Washington scratched forwards Travis Boyd, Brendan Leipsic and defenseman Radko Gudas. … DeAngelo is the first Rangers defenseman with at least 50 points in a season since Brian Leetch in 2001-02. … Forward Chris Kreider and goalie Igor Shesterkin, both injured, were scratched by the Rangers.

Capitals: At Pittsburgh on Saturday afternoon for second game of three-game road trip.