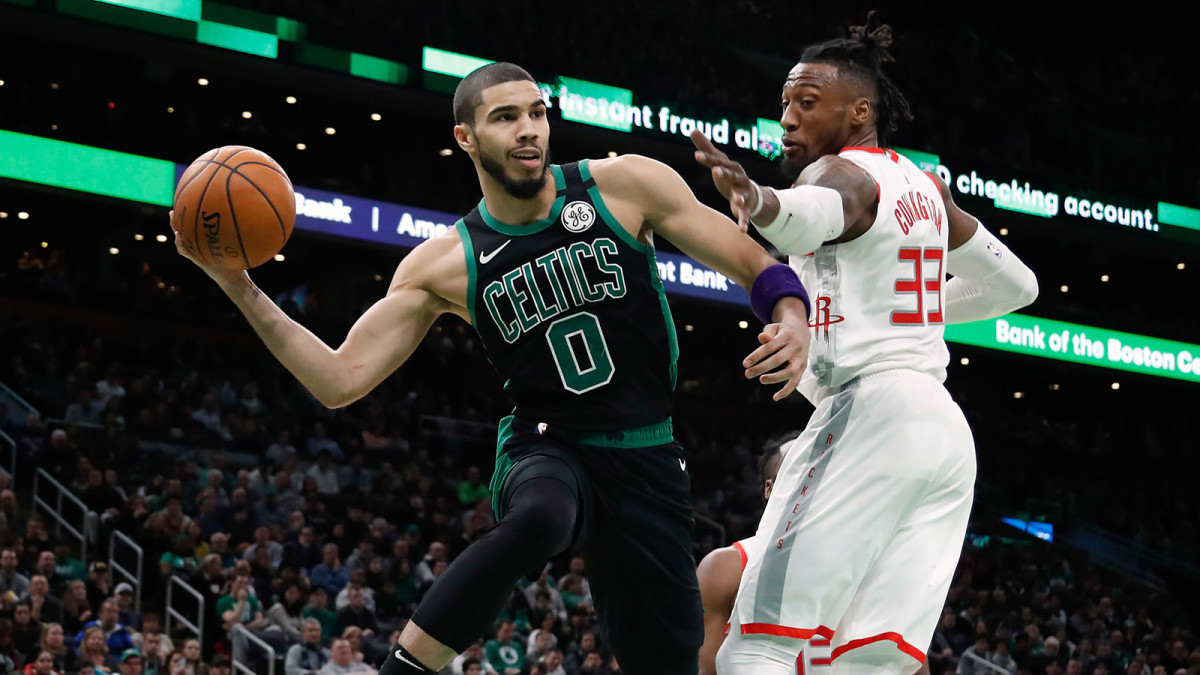 In response to the dozens of Boston-centric questions submitted for this week’s Mailbag, let’s boil them down to this:

Are the Celtics a legitimate title contender?

Five short months ago, imagining Boston a contender took a lot of, well, imagination. The Celtics had lost Kyrie Irving. And Al Horford. And Aron Baynes. Maybe they could overcome the loss of Irving—the 2018 playoffs offered evidence of how well the team could play without Irving and, well, there was Kemba Walker—but Horford and Baynes, too? The defensive backbone had been stripped out … and replaced with Enes Kanter.

One of the most remarkable stats in the NBA this season, maybe the most remarkable, is that the Celtics have a top five defense. Fourth, officially, when measured by defensive rating. Daniel Theis, an undersized pivot, has stepped into the starting centers role and has emerged as one of the NBA’s most improved players. Kanter has been serviceable against bigger frontcourts. Grant Williams has given Boston quality minutes. It helps when the perimeter defense is manned by defensive bulldogs like Marcus Smart and Jaylen Brown, but we’re talking about a team that will play Kanter and Walker on the floor together and they are still getting stops.

The question is—can they do it in the playoffs? Or at least often enough for the offensive firepower to carry them? I’ve long been skeptical. For years in this space and elsewhere I pushed the ‘Celtics are contenders’ narrative, arguing against ardent skeptics (I see you, FS1’s Nick Wright) that Boston had enough firepower to topple LeBron James (nope) and, more recently, that the Celtics could push past the dysfunction last season and live up to lofty expectations (whiff).

This season, I haven’t been as optimistic. But here we are, into March, and the Celtics are still defending. Smart is in the mix for Defensive Player of the Year. Jayson Tatum, a rapidly emerging star, is having his best defensive year. And that front line was bolstered this week when Robert Williams, sidelined since early December, returned.

Will they beat Milwaukee? Hard to bet against anyone beating the Bucks. But what the Celtics have shown is that the front court isn’t a weakness, and if you can’t beat them up on the glass (Boston is a top-ten rebounding team, too), you better have the scoring to keep up.

On to your questions …

Does Al Horford for Harrison Barnes make sense for Philadelphia and Sacramento this summer? – Brian, @bdpollack

Maybe, with the Sixers needing quality wings and the Kings on the lookout for a center who could double as a mentor to Marvin Bagley.

But let’s keep it on Horford for a minute. It just hasn’t worked in Philadelphia. He has no chemistry with Joel Embiid, his shooting numbers have cratered—Horford’s field goal percentage is down nearly ten points from last season—and Brett Brown made the drastic decision recently to move Horford to the bench.

The Sixers would undoubtedly love to have a do-over with Horford (perhaps with Jimmy Butler, too) but getting out from under him will be difficult. Horford has three years and around $80 million left on that contract. At 33, there is no guarantee that with a new team, Horford’s game will bounce back.

I took the question of Horford’s trade value to a veteran team executive.

“I would be shocked if he has value,” the exec said. “They might have to include an asset for someone to take him off their books. He has not looked good this year. His movement, it just seems a step slow, on both ends. I think they have to try to trade him. He obviously can’t play with Embiid. The goal should be to divide that salary over a couple of players and make them deeper. But I don’t know how they are going to do that.”

What are the Knicks doing, messing with Spike Lee? – Marcus, New York

Knicks headlines are like something you’d read in The Onion. Honestly, I don’t care what happened with Spike Lee. He went in the right entrance, the wrong entrance, whatever. It’s the Knicks engaging in a public spat with their most high profile fan that is just bonkers. Yes, Lee punched back at Knicks owner James Dolan by going on ESPN and declaring that Dolan had a vendetta against him. But smart teams would have let it go. Maybe issue a statement saying they apologized for any mix up, even they don’t mean it. A smart owner wouldn’t take the bait, certainly not after having engaged in a very public dispute with Charles Oakley.

But this is the Knicks, so of course they issued a statement, complete with artwork, that called Lee’s comments “laughable” and expressed disappointment that he would air out his grievances publicly. You can’t blame the team’s pr staff for this one. There has not been a pr official born that is dumb enough to think that statement was a good idea. This reeked of one James L. Dolan.

The problem is stuff like this makes the Knicks look cartoonish. Think about it, during the same week New York announced Leon Rose as the team’s president and beat the Houston Rockets, this is what everyone is talking about. We can—and will—devote whole columns to how the Knicks improve on the court. But while Leon Rose’s job will be to put together a winner, part of doing that will be repairing the team’s image—which because of stuff like this, isn’t very good.

How does Dion Waiters help the Lakers? – Stephen, Inglewood.

Barring injury, I don’t know that he does, Stephen. The Lakers have had some bad roster luck of late. Darren Collison elected to stay retired, Andre Iguodala got shipped to Miami, the Clippers won the Marcus Morris sweepstakes and grabbed Reggie Jackson off the buyout market. They have missed out on some quality players who actually filled a need.

I don’t know that Waiters does. He’s not a playmaker, so LA will continue to run Rajon Rondo out there. He’s a scorer, but the Lakers are pretty set with the guard rotation of Rondo, Danny Green, Avery Bradley, Alex Caruso and Kentavius Caldwell-Pope. Besides, how quickly can Waiters—who played in just three games for Miami this season—get up to speed?

To me, Waiters is an in-case-of-emergency guy. In case of an injury. Or foul trouble. If the Lakers stay healthy, it’s unlikely Waiters will play anything resembling meaningful minutes in the playoffs. LA had success with a distressed asset already in Dwight Howard, so perhaps they can hit on another. And Waiters is a better option than J.R. Smith. But if Waiters is seeing significant playing time in the postseason, the postseason probably isn’t going all that well.

Caruso, by the way, is a terrific story. The third-year guard has emerged as a key member of the Lakers rotation. He has the second highest plus/minus on the team and ranks as one of the NBA’s best in net rating. Many of the Lakers most effective lineups are when Caruso and James share the floor.

Recently, I asked Caruso about his chemistry with James.

“We play off each other really well,” Caruso said. “I know he sees everything on the court and I do a good job of seeing most of the stuff. And so a lot of times, those coincide for positives.”

Did an undrafted free agent out of Texas A&M worry about winning James’s respect?

“I wasn’t too focused on winning his respect,” Caruso said. “I was just more focused about planting myself in NBA. And I think the respect thing in the NBA is an ongoing thing. I think there’s guys, no matter what you do, will never respect your game or stuff. And that’s just the landscape of egos and stuff like that, and how the world works. But for me, it’s always just been about doing what I can to be the best that I can and try to win games. And I think that’s what me and him get along so well on the court and mesh so well on the court, is because I have that mindset, and I think that’s how he plays too.”