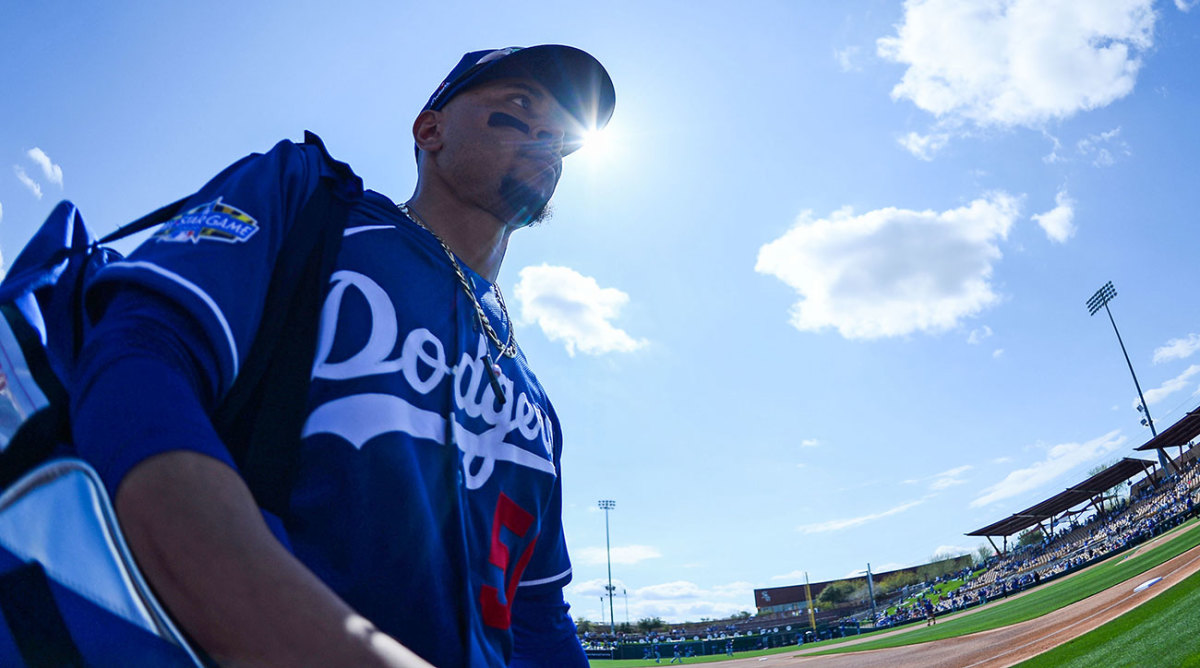 GLENDALE, Ariz. — The most tedious hour or so of any ballplayer’s life comes early in spring training, when the entire organization assembles for introductions early one morning. For the Dodgers, that meeting lasted close to an hour and a half—so mind-numbingly long that the rest of the schedule had to be pushed back an hour.

Starting at 9 a.m., all of the franchise’s 100 or so staff members introduced themselves. Representatives from the team’s charitable arm, the Dodgers Foundation, screened a video about community impact. Chief marketing officer Lon Rosen addressed the public relations strategy, specifically as it related to their reaction to the Astros cheating scandal. (We’re handling this well, he said, according to a number of people who were in the room.) Eventually the room cleared of non-uniformed personnel, and through bleary eyes the players and coaches turned toward manager Dave Roberts for his traditional go-get-‘em speech.

Not this year, Roberts said. Someone else wanted to speak.

Mookie Betts looks like a Dodger now, from his L.A. hoodie to the ping pong paddle in his right hand. (The Dodgers stage a doubles tournament each spring that occasionally overtakes baseball as the main focus of camp; Betts has been playing recreationally in advance of the tourney.) But when he rose to address his new teammates, some vestiges of his six years in Boston remained: the plastic bat-and-ball necklace a 12-year-old fan gave him in 2018, the red-trimmed Rawlings gloves in his locker, the red Jordan 11s on his feet.

After a winter of trade rumors, the Red Sox finally dealt Betts and lefty David Price to Los Angeles earlier this month, in exchange for outfielder Alex Verdugo and a pair of prospects. With the move, Boston all but punted on the season; the Dodgers joined the Yankees as World Series favorites. A lineup that scored the most runs in the National League last year now boasts, alongside ’19 MVP Cody Bellinger, another MVP candidate—perhaps the second-best player in the game, after Mike Trout. No team in recent memory entered March with such an impressive collection of talent.

A few days into camp, the other Dodgers realized they had barely spoken to their new teammate. He was always one of the first to arrive at the facility and one of the last to leave, but he spent almost no time at his locker. His routine seemed scheduled to the second. Then they didn’t see too much of him during workouts, either—he was too busy winning every sprint to chat. He reminded them of another Dodger, they thought. A Dodger whose work ethic is legendary. A Dodger who stretches before a 7:10 p.m. game at 6:36. “Not 6:35:58,” trainer Brandon McDaniel likes to say. “Not 6:36:02.” He reminded them of Clayton Kershaw.

Informed of that comparison, Kershaw laughs. “I don’t know how to compliment him without it sounding like I’m complimenting myself,” he says. “But I’ve really enjoyed my time with him. He just cares. It’s not just superstar player, superstar talent. He really cares about wanting people to do their best. Everybody says they want to win. He is willing to do everything it takes to win, and that includes helping other people, and it’s pretty cool.”

Betts always shied away from addressing the Red Sox, people around the team said; he always felt more comfortable letting his performance speak for him. And hitting .346 and slugging .640—as he did in 2018, leading the league in both categories en route to the AL MVP award—spoke fairly clearly. And that was enough, in ’18, when Boston won a franchise-record 108 games and beat these Dodgers in five to win the World Series.

Despite a 6.8 WAR season from Betts, the team struggled last year, winning only 84 games and finishing behind the Yankees and Rays, breaking a three-year streak of AL East crowns. They fired president of baseball operations Dave Dombrowski, and, in the wake of the Astros sign-stealing scandal, manager Alex Cora. They decided they would prefer to save money by trading Betts and Price than try to win the World Series with them.

Betts is still just 27 (he hits a much-anticipated free agency after this season). But as he has gotten older, he has come to recognize the importance of seizing opportunities when they present themselves. So when he saw a lackadaisical approach on the first day of camp, he decided to speak up.

“I didn’t want to wait two months and then wish I’d said it,” he says.

“I know I’m new here …” he began. He avoided criticizing the Dodgers, saying only that he wanted to share what he had learned in Boston. That 2018 title team, he said, worked with a clarity of focus that he hoped to emulate. They strove for perfection in everything they did. They tried to treat each activity as if it would directly lead them to the World Series. They even fined one another for errors, not just in games but in drills, too.

“It’s always nice when you have a guy with that résumé who comes in and is very attentive to detail,” says third baseman and elder statesman Justin Turner. “It’s easy for guys to stand up and say, ‘We should do this, we should do that.’ The hard part is backing it up. And that’s something that he brings to the table.”

Betts spoke only for a few minutes. He was eager to return to leading by example, which he has. He continues to arrive early and leave late, and to follow his routine exactly. He continues to try to win every sprint. Soon enough, he will wear blue sneakers and hold a blue glove. Mookie Betts will look more like a Dodger.

And the inverse is true, too. In the hours after Betts’s speech, the Dodgers decided to fine one another for errors.