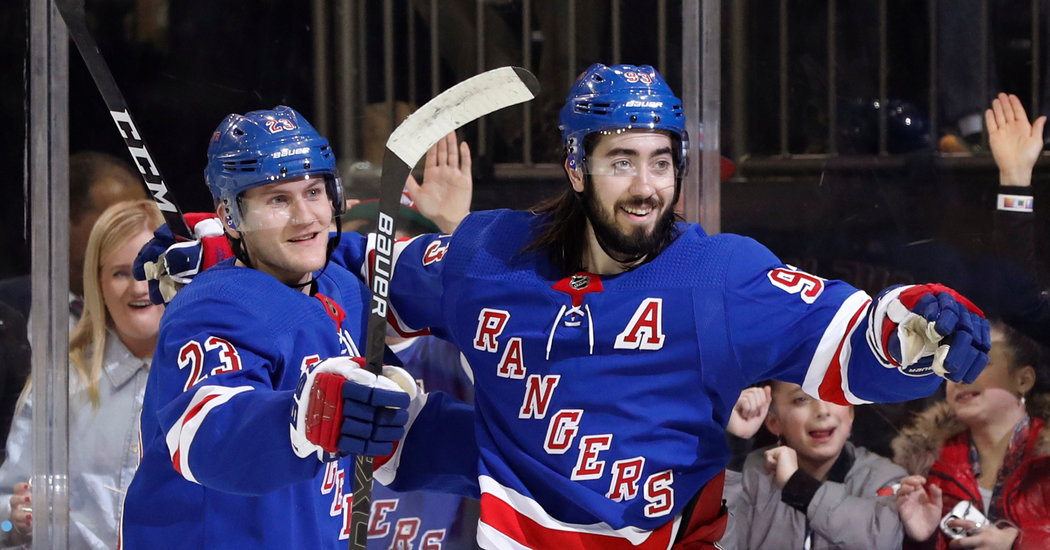 After facing the Devils on Saturday, the Rangers will play nine of their last 14 games on the road, where, Rangers Coach David Quinn, said the young squad will get a primer on the rigors of a playoff chase.

The development of standout defensemen Adam Fox and Ryan Lindgren, both 22 years old, has been a revelation for a team in search of a core to build upon. Lindgren’s emergence as a physical force alongside Fox allowed the Rangers to trade Brady Skjei to Carolina last week to free up salary cap space. Fox, with seven goals and 29 assists in his rookie season, has impressed Quinn with his playmaking.