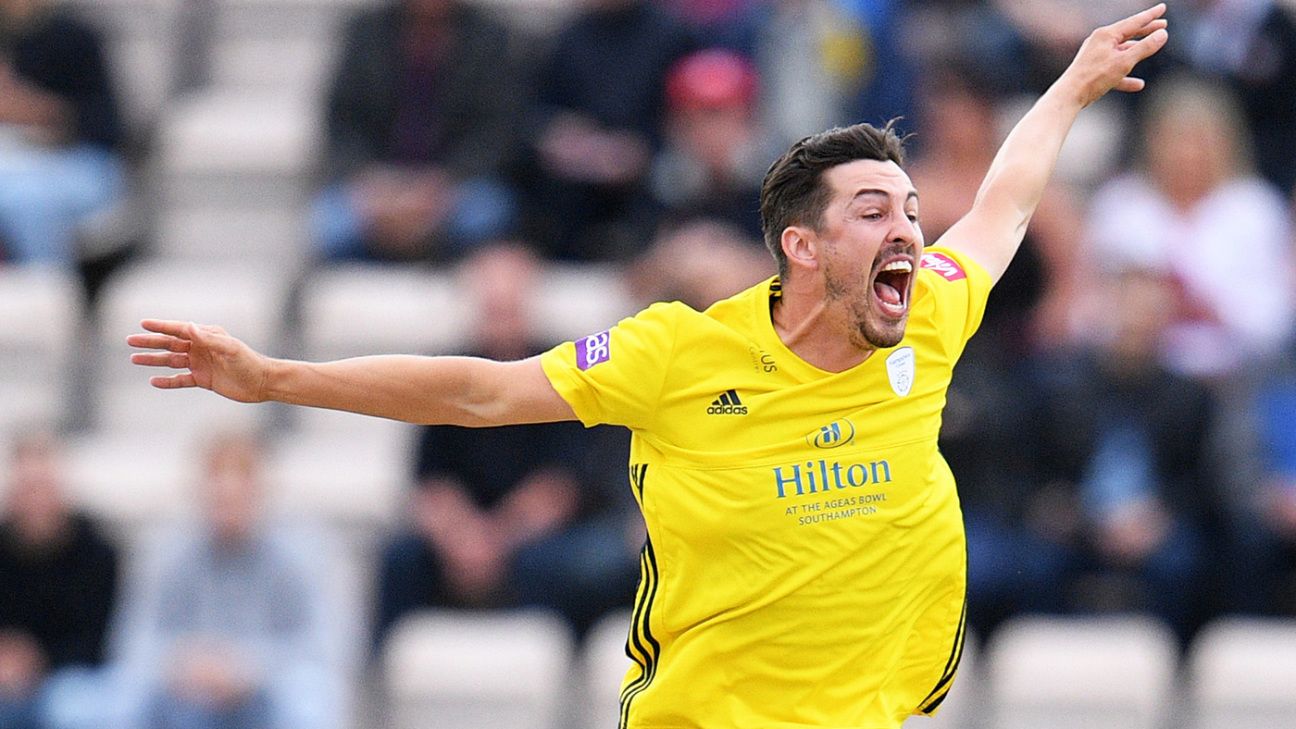 Chris Wood, Hampshire’s left-arm seamer, has announced his retirement from red-ball cricket at the age of 29 to focus on prolonging his limited-overs career.

Wood has taken 105 wickets at 30.22 across a 43-match first-class career, but has regularly been dogged by injuries. He will represent Hampshire in the T20 Blast, and was a £40,000 signing for the Oval Invincibles in the Hundred draft.

“I’ve been desperate to play red-ball cricket,” Wood said, “but in recent years every time I get up and running my body seems to hold me back, and this has been the case since having two knee operations over the last few seasons.

“When I play red-ball cricket, I feel I’m good enough to contribute to the team but my body just hasn’t allowed me to bowl 30 to 40 overs each week and in consecutive games, so I’ve been mulling it over for some time and now feels like the right time to finally make this decision.

“Concentrating solely on white-ball cricket and trying to get the most of my career, playing the formats that I’m more comfortable with and have had more success in, feels like it makes sense and I’m looking forward to being able to focus all my training overs on improving my skills as a white-ball bowler, which will hopefully help me to continue contributing to the club’s limited-overs success in the years to come.”

Wood is Hampshire’s all-time leading wicket-taker in T20 cricket, with 131, and was a key part of the club’s limited-overs double in 2012, as well as their sustained period of T20 success from 2010-15. He had his first taste of franchise cricket earlier this winter, playing for Northern Warriors in the Abu Dhabi T10.