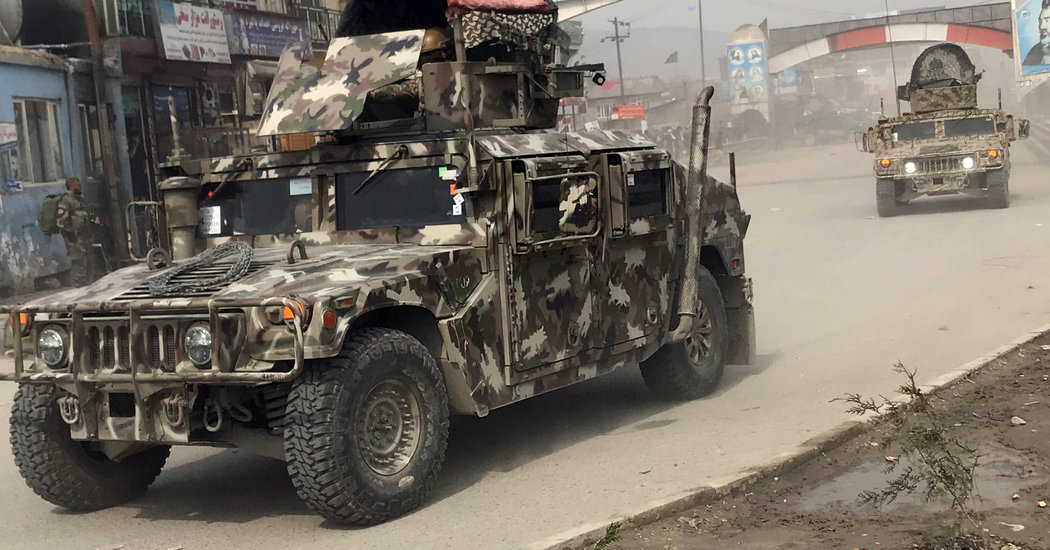 KABUL, Afghanistan — Afghanistan’s capital erupted into violence on Friday when a sustained gun battle broke out at an event attended by the opposition leader Abdullah Abdullah, officials said.

Mr. Abdullah escaped injury in the attack in Kabul, his aides confirmed, and it was unclear who was behind the shooting. At least 15 people were wounded, the country’s Health Ministry said.

Political tensions have been at high pitch in recent weeks, with Mr. Abdullah challenging the results of an election that declared the incumbent president, Ashraf Ghani, as the winner of another five-year term in office. Mr. Abdullah has also declared victory, and preparations were underway for two parallel inaugurations in the Afghan capital on the eve of the United States signing an agreement with the Taliban in hopes of ending the 18-year war.

American diplomats managed to buy some time by convincing Mr. Ghani to postpone his inauguration until after the United States signed its deal with the Taliban last Saturday, hoping that the sides in Kabul could find their own negotiated solution.

The Taliban, who had recently resumed attacks against government forces after signing a peace deal with the United States, denied involvement in the attack. But in the past, some elements of the insurgent group have been accused of exploiting the gray areas of a complex conflict to escalate tensions and suspicion while maintaining deniability.

Mr. Ghani called the attack “a crime against humanity and against the national unity of Afghanistan” and said he had spoken to Mr. Abdullah on the phone.

The event was a ceremony commemorating the killing of an ethnic Hazara leader, Abdul Ali Mazari, by Taliban militants in 1995. Most Hazaras are Shiite Muslims, a persecuted minority in Afghanistan and a favorite target of Islamic State loyalists here in recent years. But attacks by that group have dropped off sharply after a sustained offensive against them last year.