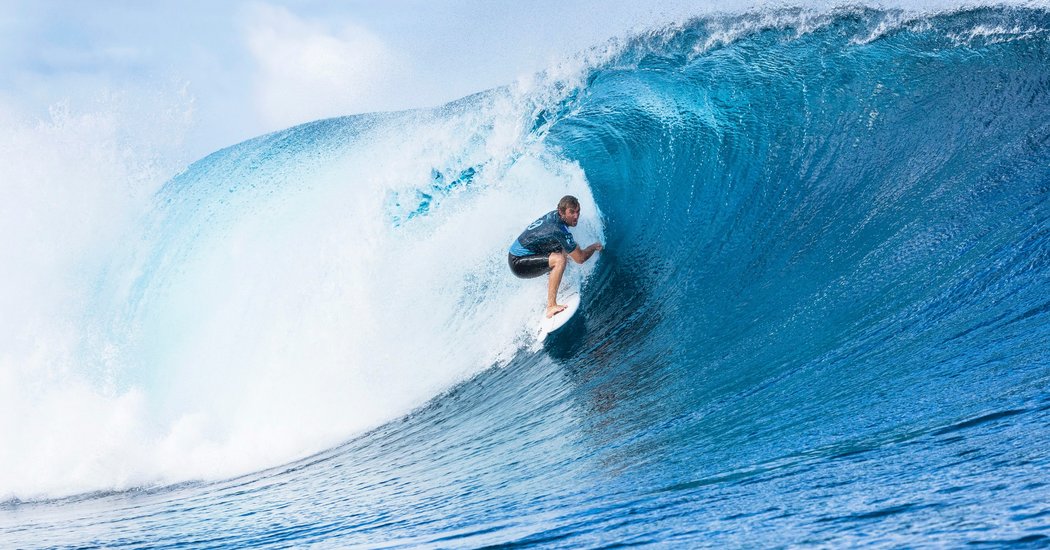 The Seine has many charms, but heavy surf is not among them.

So with surfing coming to the Olympics in 2020, and the Olympics heading to Paris in 2024, organizers had to look elsewhere to hold a world-class surf competition in the summer months.

They found a spot. The drawback? It’s almost 10,000 miles away: Teahupo’o, Tahiti, home to one of the most iconic and dangerous waves in the world.

Just how dangerous? Teahupo’o roughly translates to “wall of skulls.”

Tahiti — which is part of French Polynesia, an overseas collective of France — beat out four other possible locations for the 2024 surfing competition: Biarritz, Lacanau, Les Landes, and La Torche. All of those are in France, where the rest of the Olympics is taking place. Organizers of the 2024 Games confirmed the decision this week.

“France is beautiful, and there are plenty of great beaches, but at the time of the year of the Olympics, it would be pretty iffy to get good surf,” said Greg Cruse, the president of USA Surfing.

That should not be an issue in Teahupo’o, which has its strongest swells between April and October. It has long been a summer stop on the men’s World Surf League championship tour, and was briefly on the women’s championship tour in the early 2000s.

The 2024 Olympics would be the first time since then that both men and women will compete at Teahupo’o.

Surfers that come through the barrel of a powerful wave, like those at Teahupo’o, can experience one of the greatest highs, and high scores, of their lives. But one wrong move and they could quickly find themselves in serious danger of banging into the sharp corral reef that looms just below the water’s surface.

Keala Kennelly is deeply familiar with that concept. A professional surfer from Hawaii, Kennelly has been called the Queen of Teahupo’o, and she is considered one of the hardest charging athletes to surf the wave. In 2011, she needed 40 stitches in her face and skull after enduring a wipeout there. When she returned two years later, she said, she caught what she called one of the best barrels of her life.

“It’s an advanced double back diamond, double skull kind of wave,” she said.

The waves in Tahiti will be in dramatic contrast to what is expected at this summer’s Tokyo Games, where surfing will take place at Shidashita Beach.

The waves at Shidashita, on the Chiba coastline east of Tokyo, are significantly smaller and more inconsistent than those in Tahiti, so surfers with strong aerial skills will have the upper hand. “Tokyo will have performance waves,” Cruse said. “It will allow the surfers to display their acrobatics, surfing above the lip.”

Surfers accustomed to charging heavy waves will have the advantage in 2024, when survival — not aerials — may be on top of their minds.

“Tahiti is a whole different animal,” Cruse said. “It’s all about getting barreled, getting into the wave. The consequences of mistiming is that you get thrown onto a coral reef with tons of water dragging you across it.”

The decision to move the competition to the other side of the world in search of better surf came despite an alternative that has recently become available. Rapid advances in technology now can bring top-class surfing to a desert, a suburban parking lot or even the Place de la Concorde.

Kelly Slater, the accomplished surfer, and others have built wave machines that now can create a surfing experience not far removed from some top beaches. A wave machine was considered for Tokyo at one point, in fact, but organizers were eager to promote Japan’s beaches and insisted on surfing in the ocean. Still, artificial waves may be a possibility for Los Angeles 2028, despite several well-known local breaks nearby.

It’s not the first time circumstances have led an event to be held far away from an Olympic host city. In 1956, strict quarantine regulations in Australia prevented the equestrian events from being held at the Melbourne Games, so they were shifted to Stockholm.

Cruse said he was not worried about having a competition in Tahiti while the rest of the Olympics takes place 10,000 miles away. He noted that the event would be held at the start of the Games and he predicted that surfers “would relish surfing an event in Tahiti and then enjoying the Olympic experience afterward.”

The 41-year-old Kennelly, the queen of the “wall of skulls,” is already trying to figure out how to make her way onto an Olympic team to take a new title at Teahupo’o.