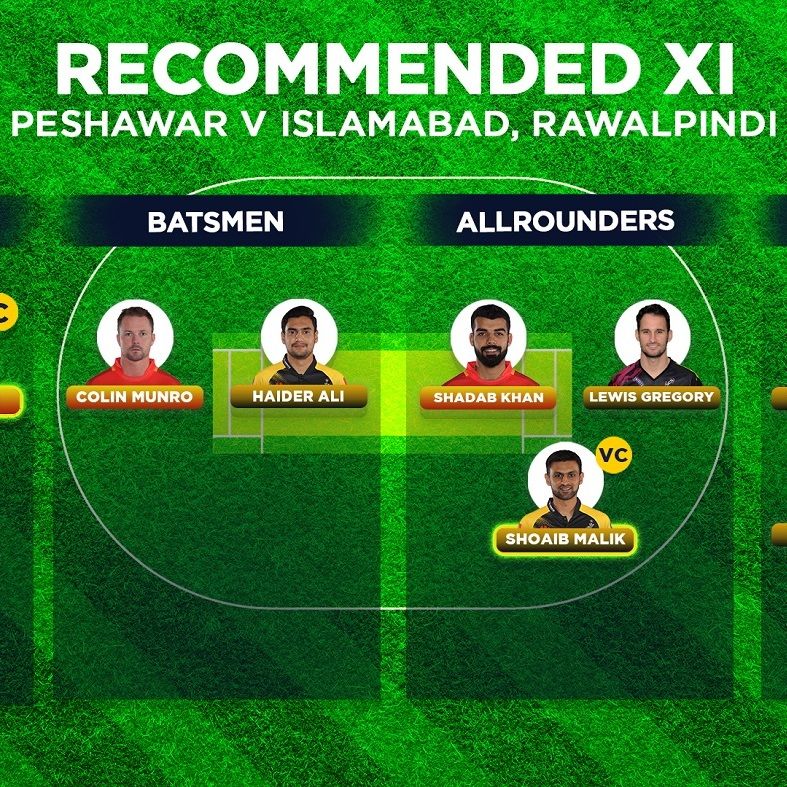 Ronchi has regained his touch of late, scoring 133 runs in his last two innings to become the leading run-getter in PSL 2020. The last time he played in Rawalpindi, he hit 85 not out, his best in the tournament so far. He scores 65.28 of his runs in boundaries, suggesting he could get you good points.

The man in form, Malik has fifties in his last two innings and is looking good for plenty more runs. The two fifties he got were in Rawalpindi as well, giving him an aggregate of 122 at a strike rate of 148.78 at the venue.

Shadab Khan: Shadab has had a fantastic PSL 2020; he is the only player to score more than 150 runs and pick up five or more wickets. His all-round form makes him a must-have.

Kamran Akmal: Kamran hasn’t scored too many runs in the last four games, but you just cannot leave him out, especially because he doubles up as wicketkeeper as well. He has the most 50+ scores at the venue since 2017 in T20s.

Lewis Gregory: Gregory has shown his ability to finish an innings on a few occasions now. He is batting at No. 6 for Peshawar and has scored 60 runs off 38 balls so far. He has a strike rate of 167.55 against pacers in all T20s, the third-highest amongst all batsmen with over 1000 runs in the format.

Zafar Gohar: The left-arm spinner impressed in his first game this season itself, with 3 for 31 in his four overs. His economy in the format is a healthy 7.48 and he has a strike rate of 15.9.