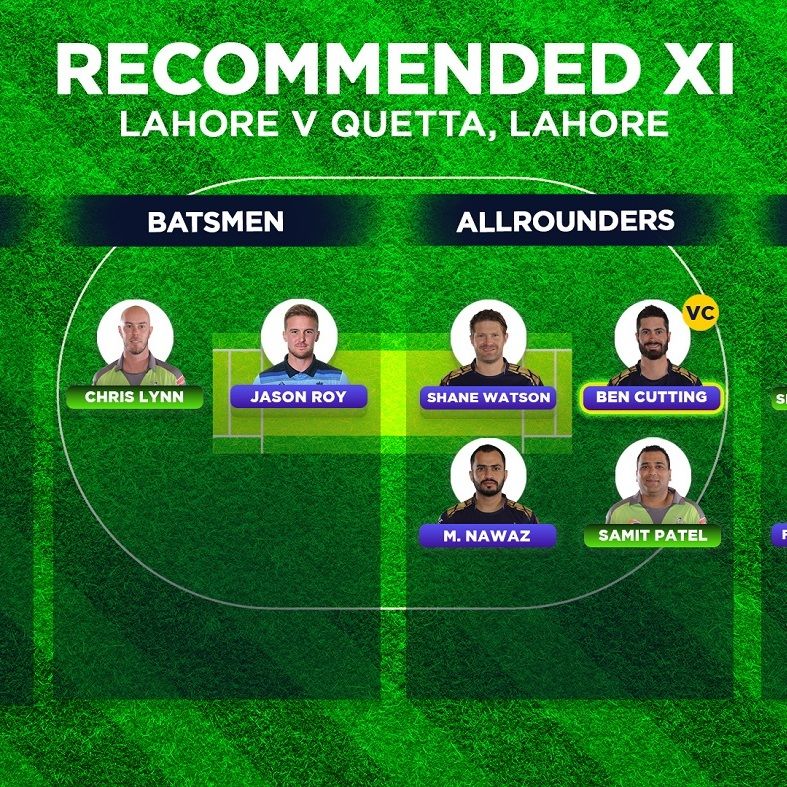 Dunk was left out of the team after Lahore’s first game, but he has returned with a bang. He has scored 118 runs and hit ten sixes in the last two innings, at a strike rate of 203.44. He is an excellent captain option.

Cutting is just four runs short of scoring 150 runs in the tournament, to go with his eight wickets. He has been striking the ball as cleanly as ever and if Quetta get a good start, he may be promoted up the order as well. His strike rate with the bat is 194.66 and it’s 12 with the ball in the tournament so far.

Chris Lynn: Lynn has crossed 25 on three out of five occasions, so he has been productive but has failed to go big. He is not someone you would want to leave out from a T20 side, though, because when he gets going, there’s no stopping him.

Shaheen Afridi: Afridi has been a genuine wicket-taker for Lahore. He has picked up six wickets so far at an economy of 6.80 and a strike rate of 15. He also has the best strike rate (15.6) in the powerplay in the PSL since 2018 for all bowlers with ten or more wickets.

Salman Irshad: Irshad has picked up five wickets in his last two games and four of those have come in the death overs. His figures in the death in the last two games: 4-0-41-4. If Dilbar Hussain isn’t fit in time for the game, Irshad could be playing an even more important role with the ball.

Samit Patel: Patel has done better with the bat than with the ball in the tournament for Lahore: 121 runs in four innings at a strike rate of 168.06. His ability to bowl with the new ball is also extremely valuable.