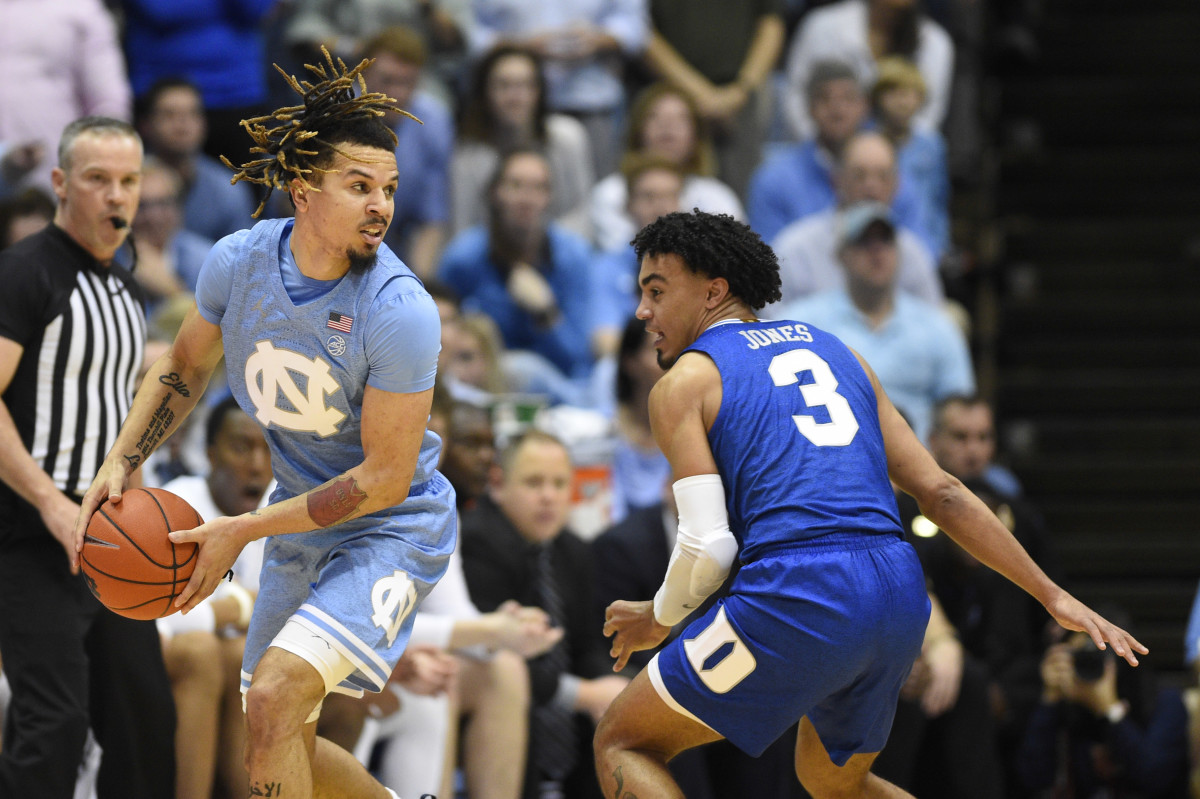 Saturday NCAA Game of the Day: An SEC Showdown

This might be the most anomalous meeting in the storied history of North Carolina and Duke. Ordinarily when these two rivals meet, the nation is riveted to the outcome. When the calendar flips to March, the Tar Heels and Blue Devils are both normally highly ranked in the polls, battling for the ACC regular season crown and making cases for top seeds in the NCAA Tournament. North Carolina’s disappointing season and Duke’s recent struggles (losing three of its last five both SU and ATS) has taken some of the luster out of Saturday’s game. However, it’s still one of the best rivalries in college basketball when these two bitter foes step on the hardwood.

It’s hard to believe a team with Cole Anthony will be hoping to avoid a regular season sweep at the hands of their hated rival, but also looking to avoid finishing last in the ACC regular season standings. They are just one loss away from the cellar at (6-13) ahead of just the Pittsburgh Panthers (6-14).

The last time these two teams met back on February 8, North Carolina led by 10 with 2:10 to play as well as by seven with 1:11 left. Miraculously, the Blue Devils managed to tie the score on a Tre Jones missed free throw, that the point guard rebounded himself in the lane, and put back in at the buzzer. Carolina then led by five with 20 seconds to play in overtime but still couldn’t hold on, eventually losing 98-96. They did cover as 7.5-point home underdogs.

Most critical for Duke, however, is what they do ahead of Selection Sunday in the eyes of the committee. A 22-point loss at NC State and an inexplicable double-overtime loss to woeful Wake Forest (13-16 SU) have seriously blemished Duke’s national stature. They stand with just a pedestrian 15-15 ATS on the year. The Blue Devils seriously need to post a statement win over their ACC rival with the entire nation tuning in Saturday night.

The Blue Devils, who have been favored by 12-plus points and covered the spread in each of their last three home games, will have a distinct edge over a Tar Heels team that is just 3-8 SU on the road this season. The sharp money in Vegas believes North Carolina will play inspired to keep their bitter rival from getting the statement win they truly need in the eyes of the committee. Take the plethora of points with the Tar Heels. The sharps backed North Carolina in the first meeting and they are grabbing the points once again in the rematch. It may not be two top-shelf elites battling for supremacy, but it’s still Carolina and Duke, and we all know anything can happen when these two schools lace em ‘up!

The information straight from Frankie Taddeo, Sports Illustrated’s Gambling Vegas Insider, is currently on an amazing 38-11-1 ATS (78%) run on all released plays. The sharp information out in Vegas supplied only to Sports Illustrated was on point going a perfect 7-0 ATS in the NFL Playoffs, culminating with a winning selection on Kansas City in Super Bowl LIV. Since November, the sharps have absolutely crushed the sportsbooks. Be sure to follow here at SI for the wiseguy action from Vegas all of March Madness!