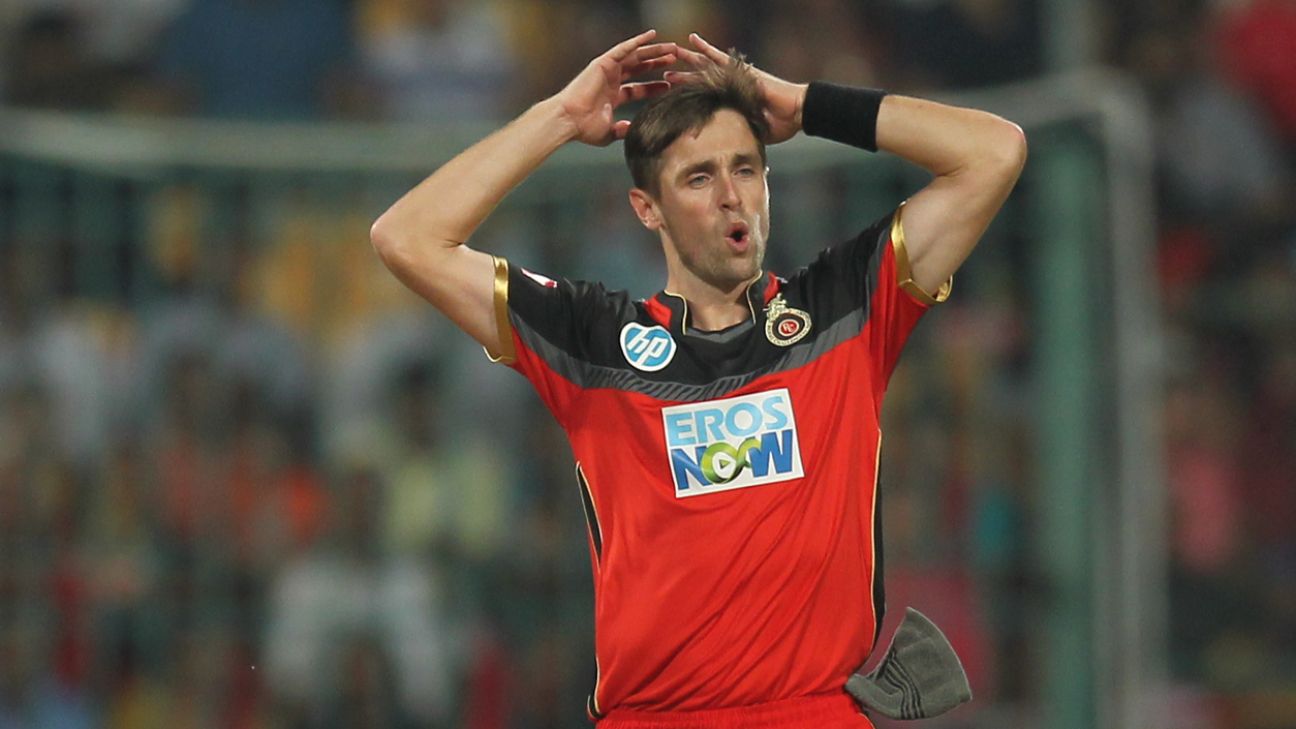 Chris Woakes has withdrawn from the upcoming IPL season in order to stay fresh ahead of England’s home Test summer.

Head coach Ricky Ponting had singled him out as a player who “could go for big money” ahead of the auction, but Delhi were the only team to register a bid for him.

Woakes had a mixed record in his previous two IPL seasons. In 2017, he took 17 wickets for Kolkata Knight Riders with an economy rate of 8.77, but in 2018 played only five games for Royal Challengers Bangalore, and conceded 10.36 runs per over.

Woakes has been ever-present in England’s Test squads this winter, playing one Test against both New Zealand and South Africa, and is one of only four frontline seam options in their squad in Sri Lanka.

England play six home Tests next summer, starting with a series against West Indies which begins on June 4. The three players in the squad to play Sri Lanka who also have IPL deals – Ben Stokes, Sam Curran and Jos Buttler – will join their franchises days before the start of the tournament, and will have only a few days off after it before linking up with the England squad ahead of the first Test against West Indies.

Despite having Ponting’s backing, Woakes was not guaranteed to make Delhi’s playing XI. He was one of eight overseas players in the squad alongside Jason Roy, Marcus Stoinis, Alex Carey, Keemo Paul, Sandeep Lamichhane, Kagiso Rabada and Shimron Hetmyer, with only four permitted per game.

Delhi will be able to sign a replacement from the pool of players who went unsold at the auction, which includes Alzarri Joseph, Colin de Grandhomme and Mustafizur Rahman.