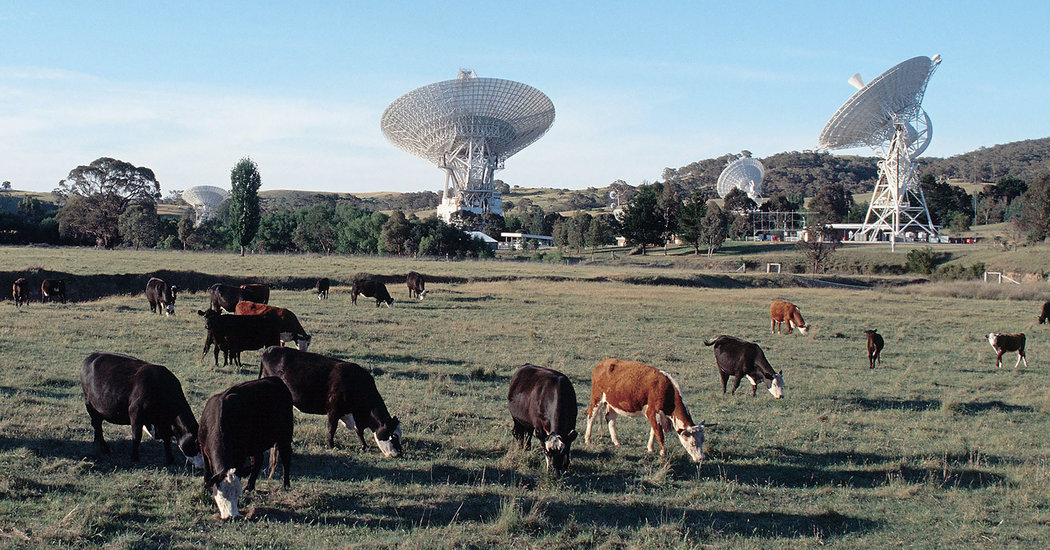 Voyager 2 has been traveling through space for 43 years, and is now 13 billion miles from Earth. But every so often, something goes wrong.

At the end of January, for instance, the robotic probe executed a routine somersault to beam scientific data back to Earth when an error triggered a shutdown of some of its functions.

“Everybody was extremely worried about recovering the spacecraft,” said Suzanne Dodd, who is the Voyager project manager at NASA’s Jet Propulsion Laboratory in Pasadena, Calif.

The mission’s managers on our planet know what to do when such a fault occurs. Although it takes about a day and a half to talk to Voyager 2 at its current distance, they sent commands to restore its normal operations.

But starting on Monday for the next 11 months, they won’t be able to get word to the spry spacecraft in case something again goes wrong (although the probe can still stream data back to Earth). Upgrades and repairs are prompting NASA to take offline a key piece of space age equipment used to beam messages all around the solar system.

The downtime is necessary because of a flood of new missions to Mars scheduled to leave Earth this summer. But the temporary shutdown also highlights that the Deep Space Network, essential infrastructure relied upon by NASA and other space agencies, is aging and in need of expensive upgrades.

On any given day, NASA communicates with an armada of spacecraft in deep space. These long distance calls require the most powerful radio antennas in the world. Luckily NASA has its own switchboard, the Deep Space Network or DSN.

The DSN is one of space exploration’s most valuable assets. It comprises one station in the United States — in Goldstone, Calif. — and two overseas in Canberra, Australia and Madrid. It has been in operation nonstop for 57 years, and without it, spacecraft that traveled beyond the moon couldn’t communicate with Earth. It is used not only by NASA, but also the European Space Agency and the space programs of Japan, India and soon even the United Arab Emirates.

This summer, four missions are scheduled to launch to Mars. When the spacecrafts arrive at the red planet next year, three of them will need additional bandwidth to speak to Earth (China will use its own dishes for its Mars mission).

Each station on Earth is outfitted with three 34-meter antennas and one 70-meter antenna. They switch back and forth depending on where a spacecraft is in relation to our planet, and you can see which spacecraft are talking to Earth in real time by visiting NASA’s DSN Now website.

Because of Voyager 2’s trajectory relative to Earth, it can talk to only one station and one antenna in the network: Canberra’s 70 meter dish, also known as DSS 43. And that dish will need to be improved for the new Mars missions, prompting a shutdown and temporary dismantlement.

Because Voyager 2 is considered a “geriatric” spacecraft, losing contact with it for any length of time is risky. And for the next 11 months, Earth’s ability to communicate with the probe, now in what’s considered interstellar space, will be limited.

“There is risk in this business as there is in anything in spaceflight,” said Glen Nagle, NASA’s outreach and administration lead for the station in Australia. “It’s a major change and the longest downtime for the dish in the eighteen years I’ve been here.”

One of the biggest risks is keeping Voyager 2’s communication antenna pointed at Earth. To do this, the probe fires its thrusters more than a dozen times a day to stay oriented. The mission’s managers have to trust that the automation on board will be executed relatively flawlessly for nearly a year.

Staying warm enough is another major concern. The Voyager team has been slowly shutting off instruments in order to use their heaters to keep the spacecraft’s fuel lines at a balmy 32 degrees Fahrenheit.

“We’ve done the analysis to show that we can get through the downtime,” with some margin for error, said Todd Barber, the propulsion engineer for the twin Voyager spacecraft. (Voyager 1 is able to communicate with other dishes.)

While the team won’t be able to command Voyager 2, they will still be listening to the spacecraft. By combining the power of the other antennas in Canberra, they will be able to collect its scientific observations.

“The Canberra site will still be getting data back from the spacecraft,” Ms. Dodd said. “The science data will still be coming down.”

Being able to only listen could prompt some anxiety. While Voyager 2 will keep collecting and sending back science data, should something go wrong, members of the team will be powerless to help it, and will just have to watch with their hands tied.

“We’ve been planning on this for over a year,” Ms. Dodd said. “I think like any good planning, we’re prepared for it. And we’ve done our best, you know, we’ve done the best that we can.”

And the operations to restore Voyager 2 during its recent troubles may highlight how much more life it could have in deepest space, Ms. Dodd said. Never before had all of the spacecraft’s instruments been shut off in this manner. Much to the mission managers’ delight and surprise, they were all brought back to life.

“They also came back on, which is actually pretty remarkable,” she said.