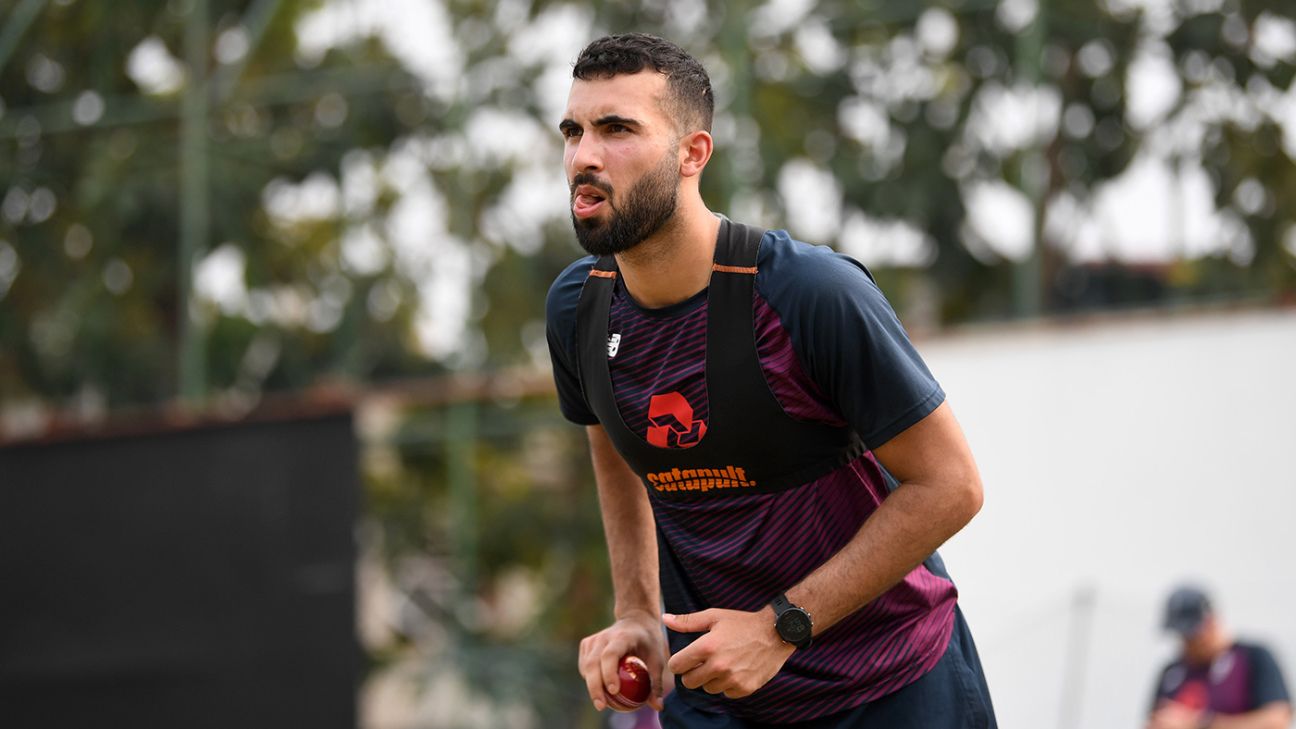 There was a time when Saqib Mahmood – a young seamer capable of reaching speeds of 90mph/145kph and extracting reverse-swing – would have been like gold dust for England.

But with Jofra Archer and Mark Wood both regularly cranking it up over the last 12 months of Test cricket, Mahmood recognises that the bar has been raised.

“For someone like me who touches 90mph, you’re looking at these guys and it’s almost like that’s not quick enough anymore,” Mahmood told PA. “I think those two guys have really raised the bar in terms of pace.

“A few years ago… we were crying out for 90mph bowlers. Now we’ve got two bowlers who can get it up past 95mph. These guys make me hungrier to keep working hard and get quicker.”

Mahmood, a late call-up to England’s squad in Sri Lanka after Wood’s injury, is yet to make his debut in Test cricket, but is one of only four frontline seamers to have made the trip alongside Stuart Broad, Sam Curran and Chris Woakes, with Archer also missing out through injury. And while he is not taking anything for granted, Mahmood hopes that his skill with the old ball can help catapult him into the side following strong showings across two warm-up games.

“In this team that’s probably what I’ll be looking to do: bowl short spells and try to be as quick as I can be,” he said. “As a seamer over here you’re not going to bowl the same number of overs you would in England so you have to make the most of them.

“I want to attack with the new ball, but I also want to attack later in the innings and not just be a bystander in the field when the spinners are getting through their overs. Whether that’s by getting the ball reversing or by making something by bowling three or four overs as fast as possible, I just want to show everyone what I can do.”

Mahmood has regularly touched 90mph in his televised appearances for Lancashire, but after struggling to reach such speeds in his handful of international caps to date, it has been suggested that he needs to focus on finding that mark more regularly.

But Mahmood is confident that an extra yard of pace “will come naturally” as he grows older and stronger.

“There is a fine margin, you have to be careful as a bowler and not search so hard for something that you lose what you’ve got,” he said.

“At the moment I can bowl high 80s and also have skill and control. I wouldn’t want to sacrifice anything in search of another three of four miles an hour but hopefully that will come naturally. I’m only 23 and as I grow older I should get stronger in my action.”

England trained for the first time on their tour on Thursday at the Premadasa Stadium in Colombo. Jack Leach, who has a calf niggle, warmed up on his own before bowling in the nets, while Ben Stokes has arrived in the country after delaying his departure to attend a funeral.

Their first warm-up game against a Sri Lanka Board President’s XI begins on Saturday.