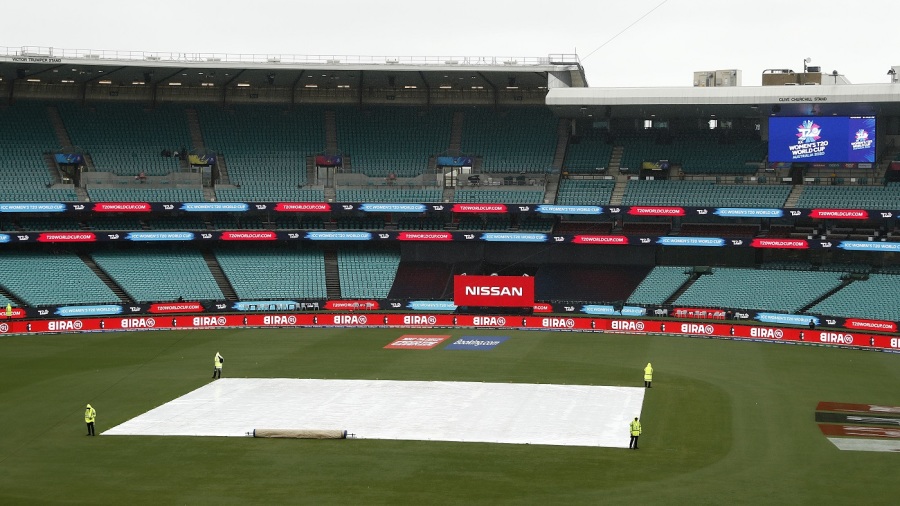 India were through to their first ever Women’s T20 World Cup final after torrential Sydney rain washed out any hopes of even a truncated contest against England, a side they had never beaten in T20 World Cups in five attempts. This now leaves India with the delicious prospect of playing in front of a packed MCG crowd on March 8, also celebrated as International Women’s Day.

They will meet the winner of South Africa and Australia, also due to be played at the SCG, later on Thursday. In the event of that match also being abandoned, India will meet South Africa in the grand finale as the rule book favours group-toppers in case of a washout.

The rain would come as a crushing blow for England, who were denied an opportunity to top their group despite having the same number of wins as South Africa. However, South Africa finished with an extra point after their Tuesday’s clash against West Indies at the Sydney Showground Stadium was abandoned without a ball bowled.

Earlier that evening, Thailand were denied a chance to push for their first ever World Cup win, over Pakistan. So, the weather leading up to semi-final day was dodgy in Sydney. The absence of a reserve day would have only added to England’s anxiety.

Thursday dawned dark and grey, with heavy morning showers leaving the ground staff with little or no opportunity to look beneath the covers. That meant even scheduled inspections were out of question.

For India, though, the opportunity to contest in a final is in many ways an opportunity well-deserved. They played an intensely competitive tri-series in the build-up in Australia , where they beat both England and Australia in the round-robin phase. Then they topped their pool here, a no mean feat given because they had Australia and New Zealand to contend with.