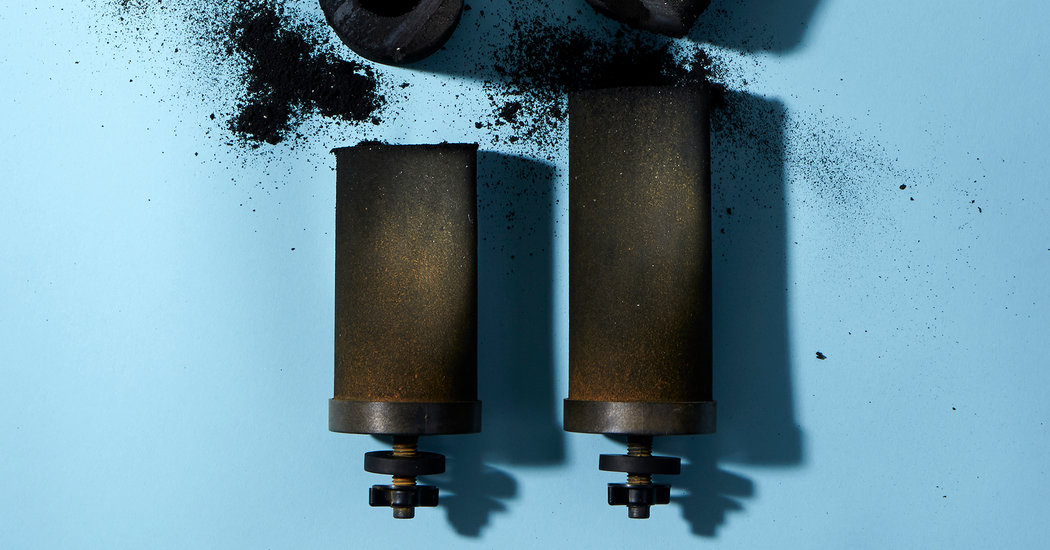 I live with my family in an almost 200-year-old house on the coast of Maine. Down a steep, wooded bank behind our house is an Audubon sanctuary and two vulnerable ecosystems: a saltwater marsh surrounding a tidal salt river, and a freshwater stream that travels through trees, over big granite rocks and finally through muddy banks covered with cattails and spartina grass to meet the river. This wild land was the main reason my husband, Dan, and I bought the house: We wanted those trees, waters and grasses to be our sons’ church.

Our water comes from a well under an old, grandmotherly spruce tree that presides over our front lawn.

But all is not as pristine as it initially appeared.

I have been preoccupied with water for several years now. From 2012 to 2016, I was researching a book on chemicals in agriculture. That brought me, unsurprisingly, to water. Chemical pesticides, fertilizers and industrial chemicals — whole cocktails of them — are making their way into sloughs, rivers, lakes, streams, aquifers, wells and even rain. These chemicals are affecting wildlife and human health. And then, in 2014, Flint, Mich., was thrown into a water crisis. The more I learned, the more I worried about my own family’s water quality and future water security.

Across the globe, the contamination of water through human carelessness, lack of knowledge or the insatiable desire to take more than the earth can provide, is a new frontier of concern.

As Terry Tempest Williams wrote in her 2016 book, “The Hour of Land,” “Water wars will make oil wars obsolete.”

When we moved into this house in late 2015 with a new baby and a 6-year-old, water tests showed high levels of things like magnesium, sodium and calcium. We were told the rented tank system the previous owner had used would fix that.

For our drinking water, we already used a stainless steel and carbon countertop Berkey filter. So we felt relatively covered, for a while.

Then I interviewed a scientist at the University of California at Irvine named Bruce Blumberg. Dr. Blumberg, author of the 2018 book “The Obesogen Effect,” was making a name for himself with his work on industrial chemicals, including the toxicants that leach from vinyl and that may disrupt our hormonal systems. He told me that, “water will get dirtier and dirtier, and more and more scarce as time moves ahead. There is no avoiding this as the population grows and we dump contaminants into the environment — they eventually find their way into our water.” He went on, “Your biggest exposure is in the shower,” via inhalation and dermal absorption.

I had a visceral moment of panic when he said those words: I was already keeping our food as clean as I could by buying from local farms and cooking from scratch. I was filtering our drinking water through the Berkey. The idea that the water we were bathing in at home and drinking out in the world might be laden with what my older son used to call “invisible monsters” got under my skin.

Wanting to know more, I interviewed Dr. Leonardo Trasande of New York University about his research on the hormone-altering chemicals in plastics and how they are affecting children. “Chemicals used in plastics are not just a lifestyle matter, they are literally a life and death matter,” he said. (His 2019 book “Sicker, Fatter, Poorer” details ways to minimize exposures.)

Risks were everywhere, I realized, coming downstream to both us and the sanctuary behind us: Our neighbors might spray carcinogens like Roundup or their septic tanks might leak pharmaceuticals; nearby farms could be spraying endocrine disrupting pesticides; old PVC pipe coming into the house could leach toxic phthalates, organotins and bisphenols into the water.

But it took a water crisis in December of 2018 to reignite my resolve: The company that rented us our tanks was switching its customers over to permanent systems. None of the products it offered were quite right. So we stalled. Finally, on Christmas Eve, they arrived unceremoniously and pulled our tanks, telling us their business model had to change before the new year.

Suddenly we saw our water unfiltered, in its natural state: It was orange-brown and farty smelling. Soon it was staining my hair orange.

I grew up as a child of the back-to-the-land movement, with a mossy spring far in the woods behind our shingled house that fed our well with the sweetest tasting water. To me, that water was the embodiment of “pure.” But on that Christmas morning I realized that no matter what it looked like outside my window, I was not — no one is — in the pristine forest anymore.

I called Dr. Blumberg for advice on what kind of filtration system to consider.

He and I went over the various options my local water treatment companies offered. We settled on a two-tank softening system made of fiberglass from a company called Air and Water Quality. Dr. Blumberg pointed out that fiberglass can leach toxicants from the resins that hold it together. So we decided that we would follow these with a third tank: an industrial, whole-house-sized carbon filter filled with loose, activated carbon made from coconut shells. The carbon would remove all traces of organic chemicals from both our drinking and bathing water, further purifying it.

The hitch: We wanted no plastic parts touching the water once it entered the steel and carbon tank. It took close to a month of research and many phone calls with both a patient Dr. Blumberg and a willing water specialist at Air and Water Quality named Dave to source entirely stainless steel parts. At long last, a year ago, it came together.

When the new $6,500 system was finally installed, our water was clear, it had no odor at all and it was so soft, Dan and I could only describe the feeling of it on our skin as “fancy.” Though we now had a hefty payment plan worked out with Air and Water Quality, for the moment, we felt we’d done the best we possibly could do to make our water pure. We were elated.

Of course, there are the things in water that you cannot see and cannot smell and may not even know to test for. News of PFAS water contamination is quickly spreading across the country. PFAS is a chemical contaminant of per- and polyfluoroalkyl substances that has been linked to cancer; changes in hormonal, liver and thyroid function; learning and behavioral problems in children; and is considered a “forever chemical,” meaning we cannot get it out of the environment once it’s there.

We don’t know yet if it is in our household’s water. But we do know that it’s found in common products like nonstick pans and floor cleaners, and that high levels of PFAS have been found at a naval base not far from where we live. Scientists say that the chemical can travel miles in groundwater. Every day, we are learning more about PFAS contamination from things like carwashes, fire stations, land fills and industry.

Despite all our efforts, we still can’t say with 100 percent confidence that our system is keeping us perfectly safe. But we can say it’s better. And perhaps our definition of pure will have to change. Maybe it’s just that purer is the best we can do.

Caitlin Shetterly is the author of “Modified: G.M.O.s and the Threat to Our Food, Our Land, Our Future.”